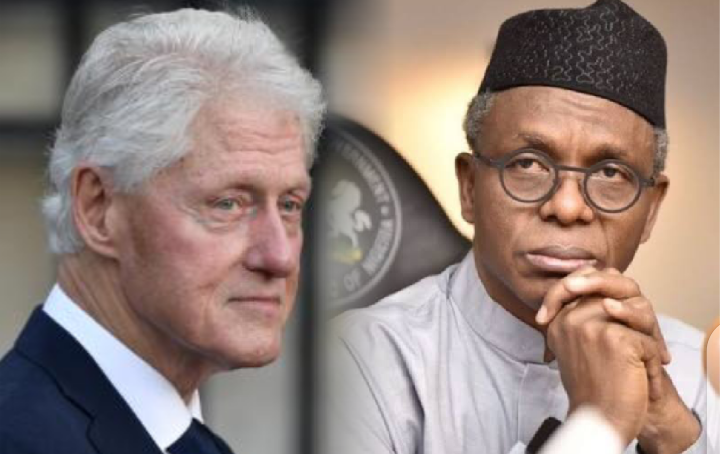 Former US president Bill Clinton was released from a California hospital Sunday after spending five nights in treatment for an infection.

Clinton, arm in arm with his wife and former presidential candidate Hillary Clinton, gave a thumbs up after he walked slowly out of the hospital and shook hands with staff in front of television cameras. 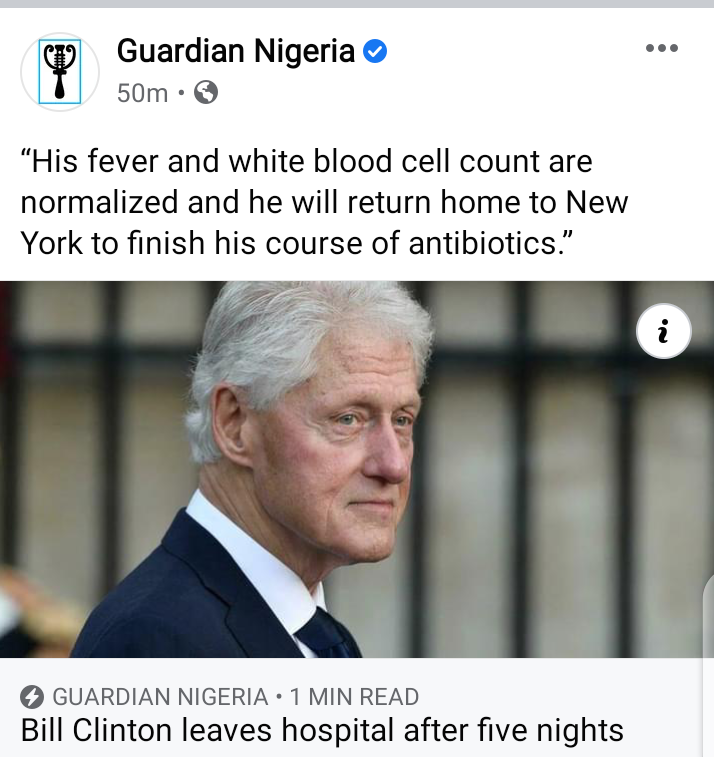 “His fever and white blood cell count are normalized and he will return home to New York to finish his course of antibiotics,” added Amin, who oversaw the team of doctors treating the former president.

Governor Nasir El-Rufai of Kaduna State has inaugurated an Interfaith Preaching Regulatory Council to guide religious preaching in the state.

The governor noted that religion should not be a trigger for violent conflict in the state. According to him, some adherents even question the right of others to exist, let alone practice their faith or live wherever they wish. 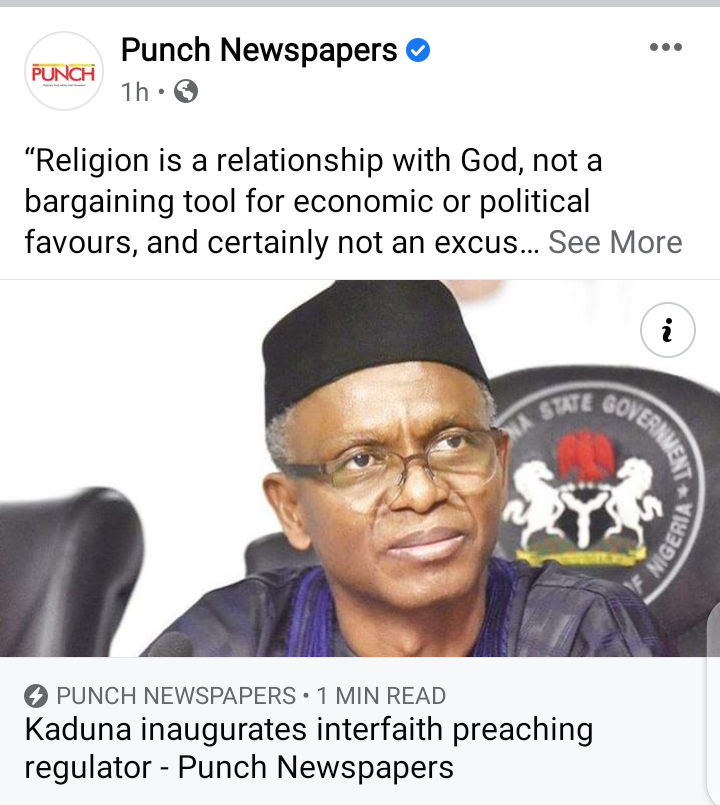 El-Rufai recalled that the late Air Vice Marshall Usman Muazu enacted the Religious Preaching Edict in 1984 to address the matter.

The governor who spoke at the inauguration of the council added that “subsequent military governors amended the edict to vary the penalty imposed for violations of its provisions."

The Nigerian Air Force has denied a report by the Wall Street Journal that it paid N20m as ransom to bandits in exchange for an anti -aircraft gun seized from the Nigerian Army. 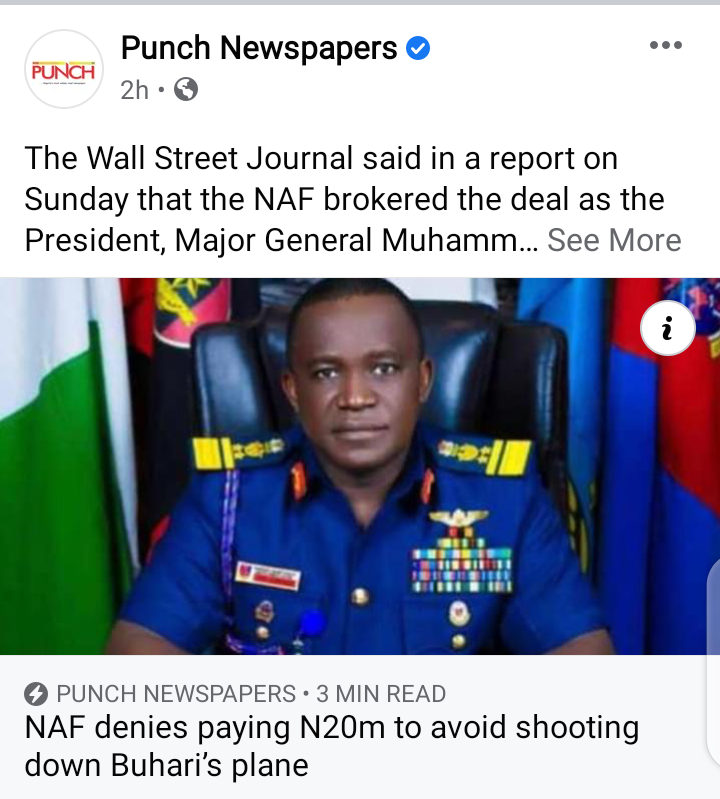 The Wall Street Journal said in a report on Sunday that the NAF brokered the deal as the President, Major General Muhammadu Buhari (retd.), was planning a trip to Katsina, his home state.

The US media outlet said N20 million was delivered to the bandits in Rugu Forest by a Nigerian Air Force officer, who leaked details of the operation under anonymity, because the military realised that it would be too risky to leave the weapon in the hands of violent criminals operating in an area the presidential jet would fly over.

Gunmen have invaded the Mararaba Akunza community area of the Federal University of Lafia in the Lafia Local Government Area of Nasarawa State and abducted four people believed to be students of the institution.

Daily Trust learnt that the incident occurred between 7-8pm when it was raining heavily on Saturday night. 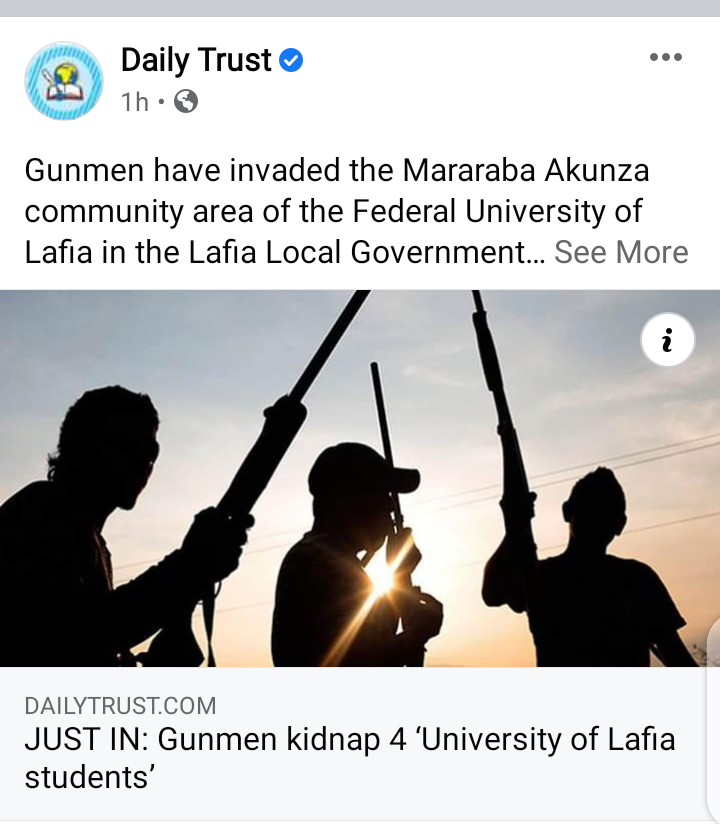 An eyewitness, who spoke to our reporter in confidence, said the gunmen came in their large number and started shooting sporadically into the air before abducting their victims to an unknown destination.

It was gathered that the kidnappers have made contact with the family of the victims around 11.30pm last night, demanding N25 million ransom.