Reno Omokri - How Omoyele Sowore Blackmailed Me And Almost Ruined The Lives Of My Family And I.

By ReadNews.com.ng (self media writer) | 2 years ago 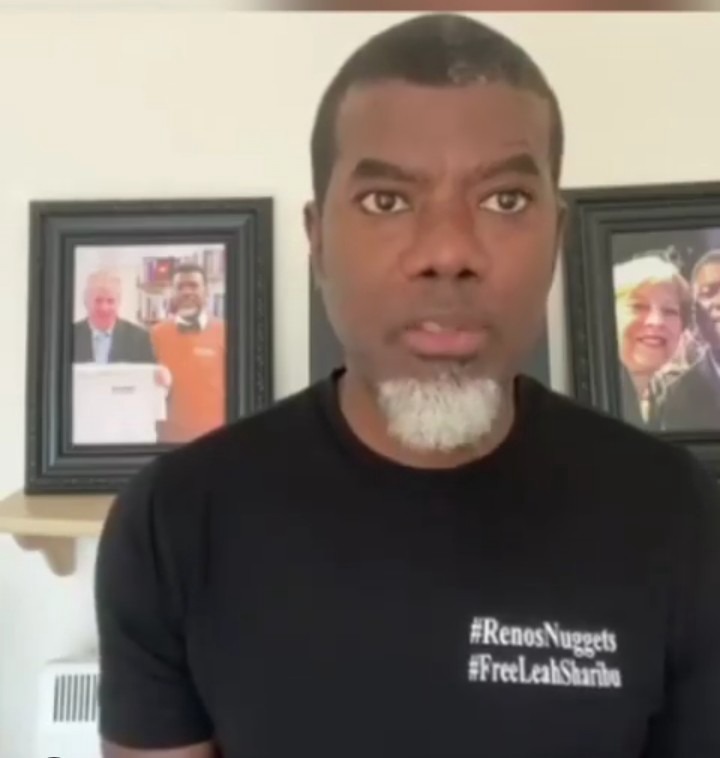 Reno Omokri has cried out via his Instagram page revealing to the public how a man whose name is Omoyele Sowore Blackmailed him and almost ruined the lives of his family.

He narrated that sometimes in 2012, it entered his heart to give back to Nigeria. He visited the orphanage along with some White Christian Missionaries he invited down to Nigeria in 2012.

Reno also stated that he was shocked by the conditions under which the children lived that made him cried out.

Furthermore, he vowed to build an orphanage home that would be as good as the house his children lived in America then. Reno said he paid for the project himself and started the building in December 2012.

According to Reno" I was in Government for four years as a presidential spokesman and Yet nobody can ever say i stole money.

As time goes, The project was slow but Reno said, he never gave up.

Few Weeks to the Nigerian 2015 election everything came to a most abrupt halt. says Reno Omokri. But why? he said because Sahara Reporters wrote a story alleging that he was an armed robber who robbed a house in warri, Delta state and money for use in the comin 2015 elections.

Reno revealed that he had not been to Warri in years aside from the time he had a meeting with one Pastor Ayo Oritsejafor in 2012, and he felt that to be a mistake.

So, he wrote to Omoyele Sowore making him belive he was mistaken to the extent of showing him logs from Aso Rock, where he worked.

More details on what he said, but kindly read through the screenshot below. 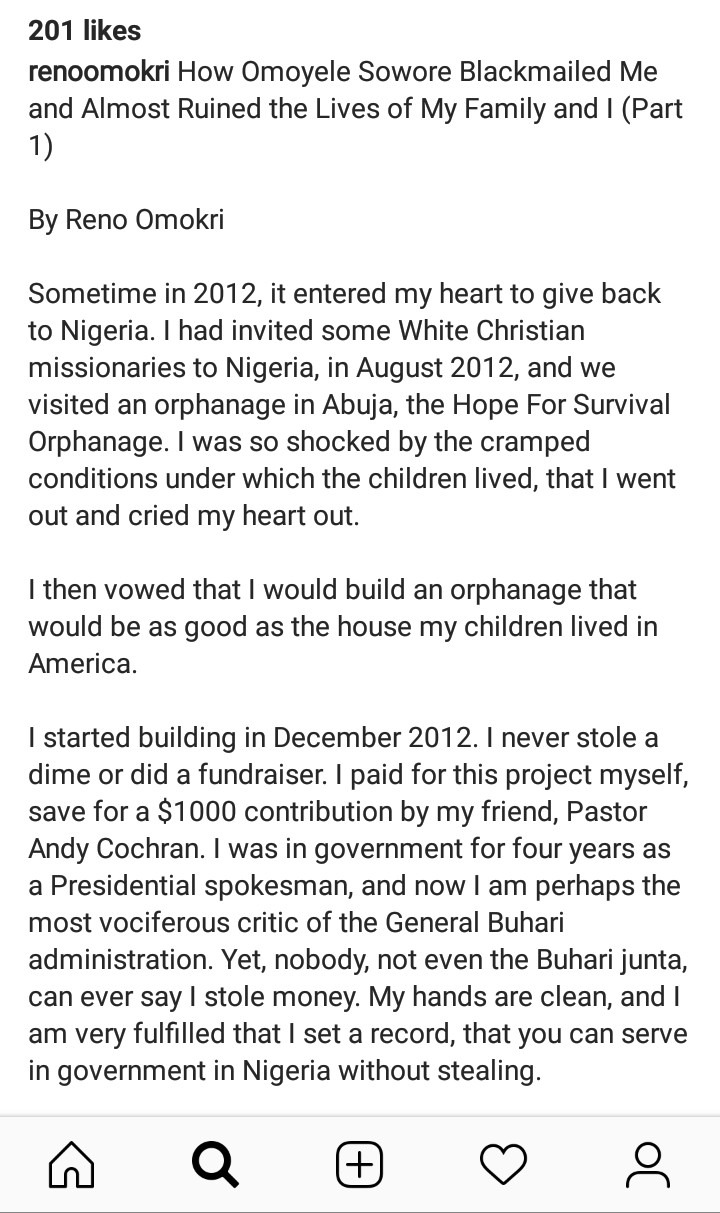 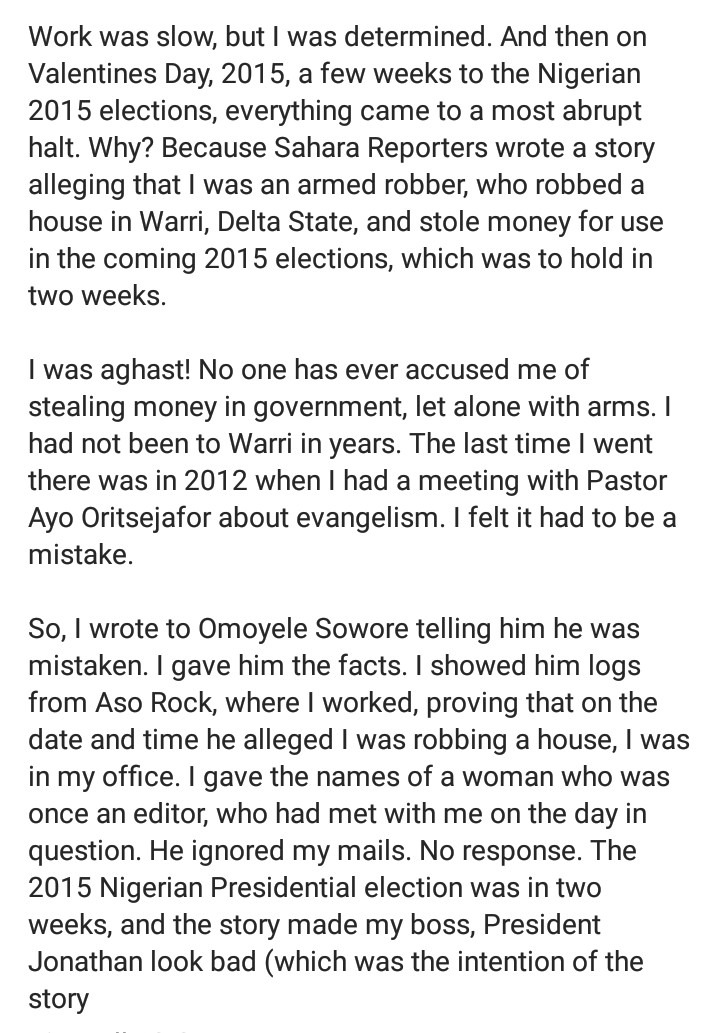 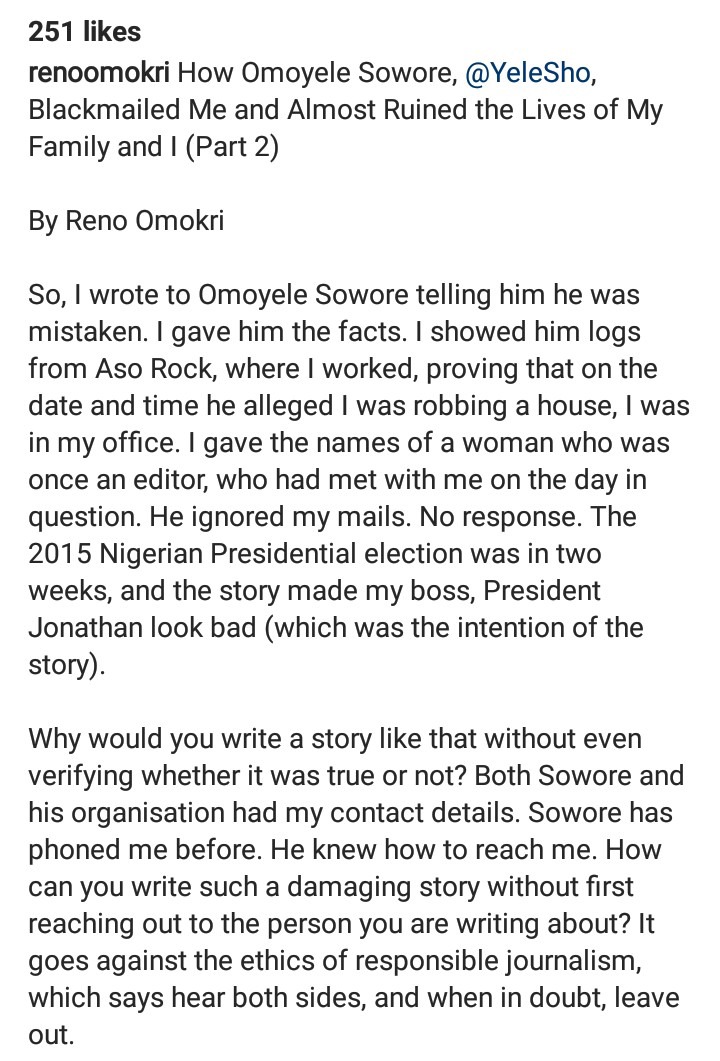 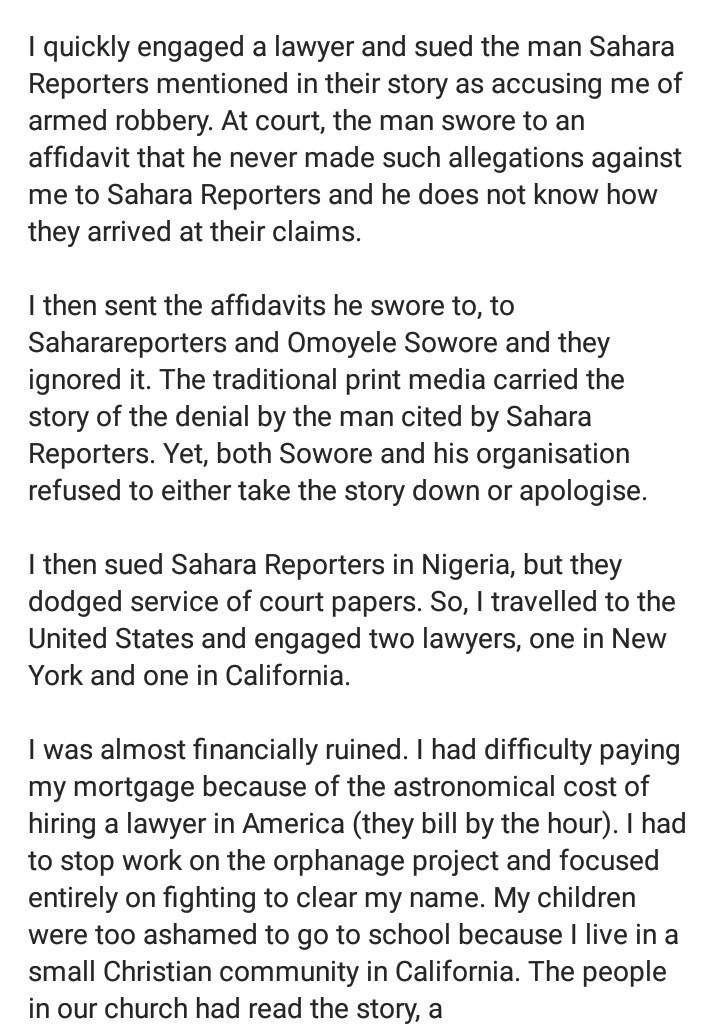 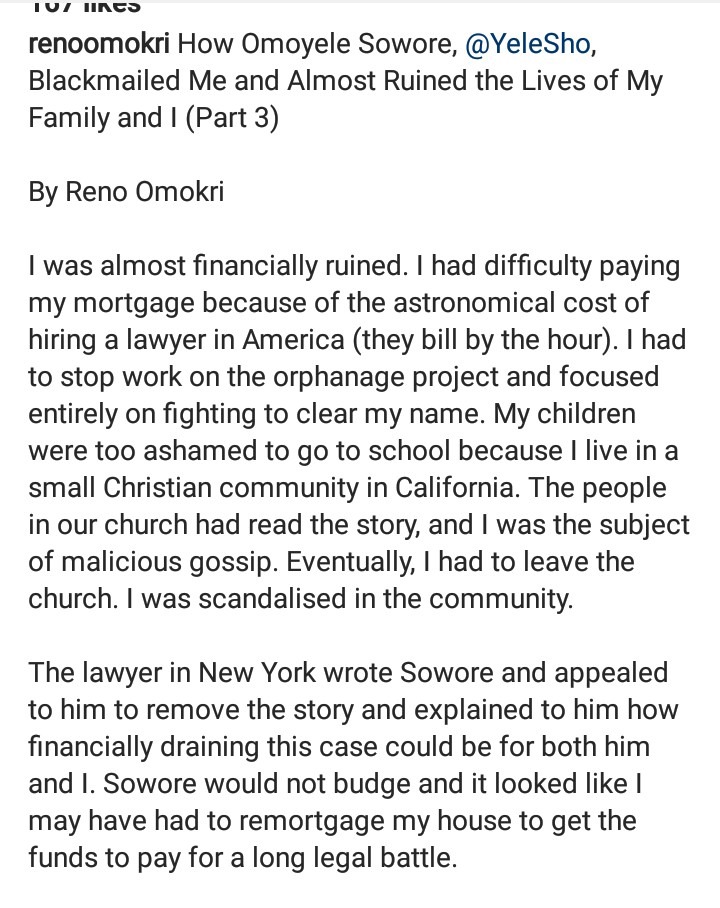 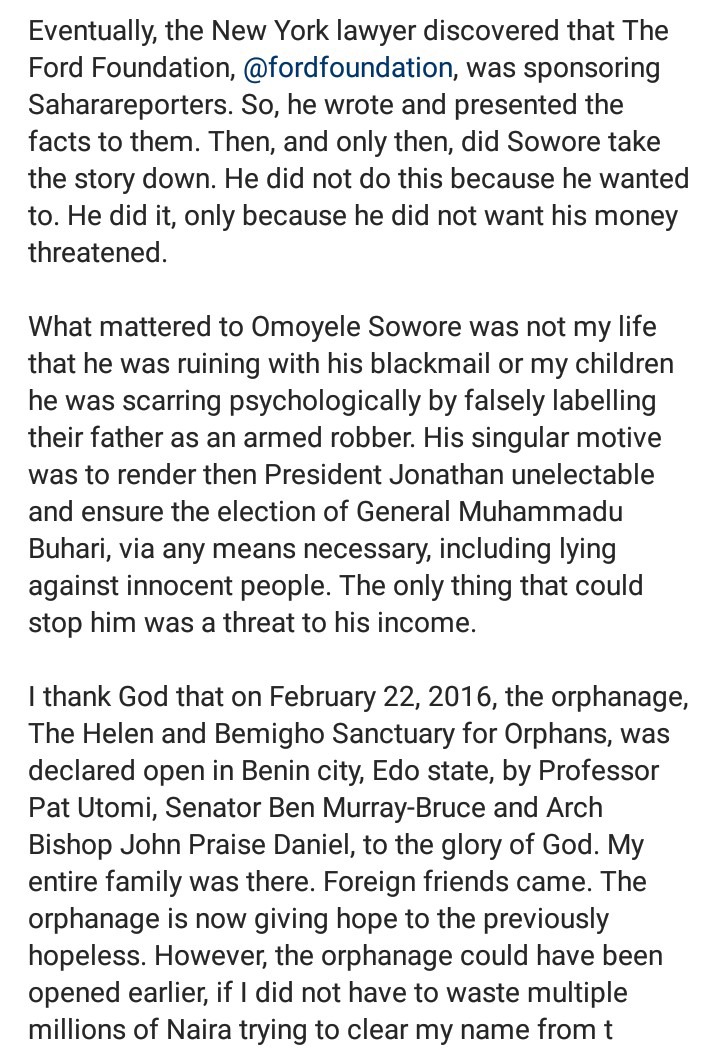 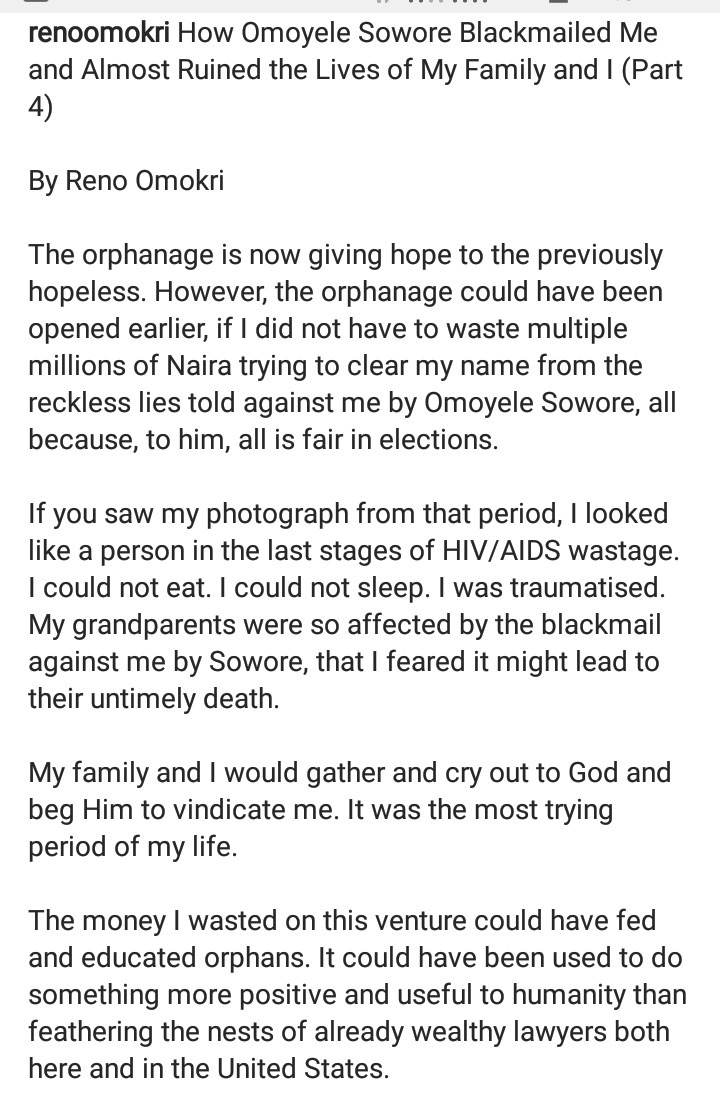 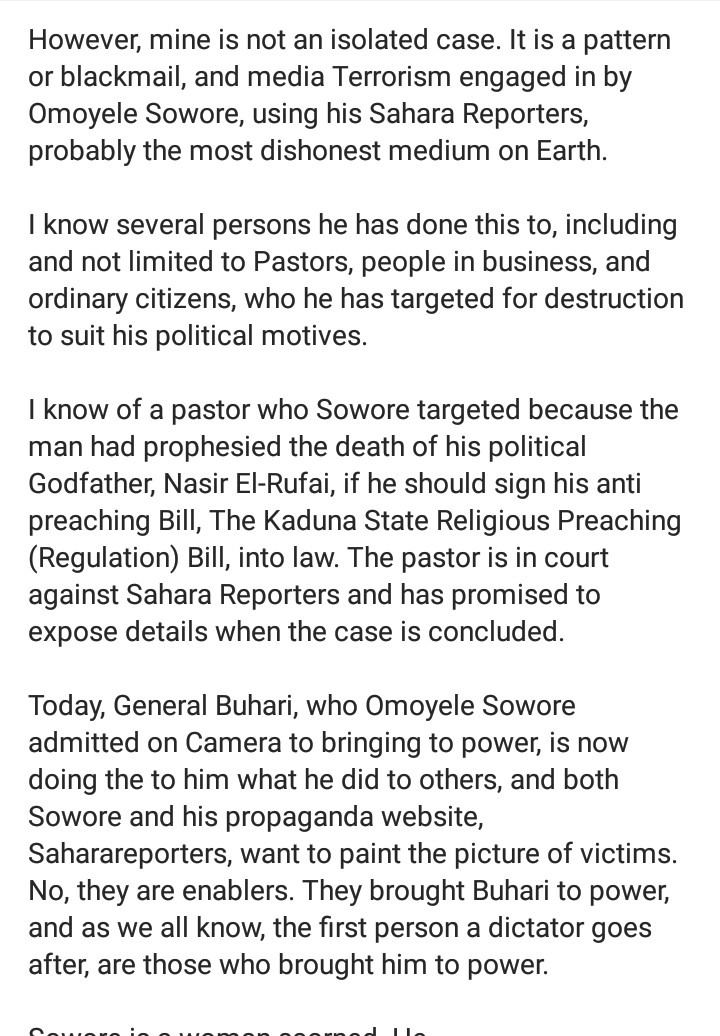 Content created and supplied by: ReadNews.com.ng (via Opera News )