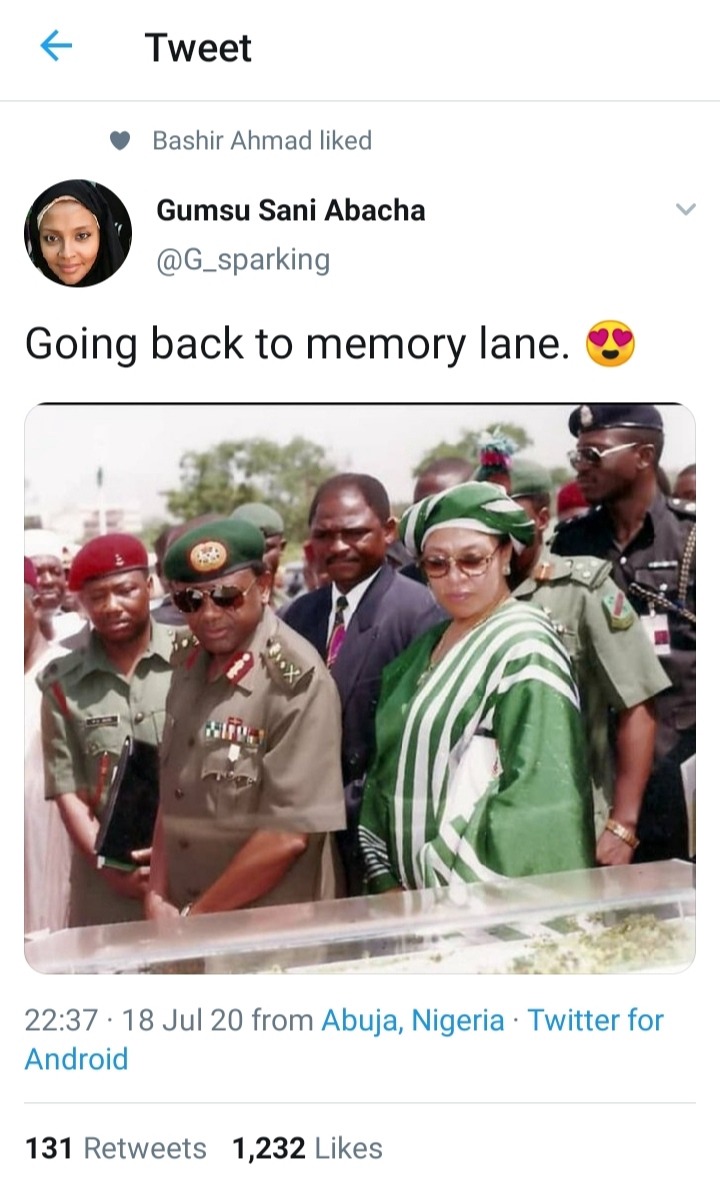 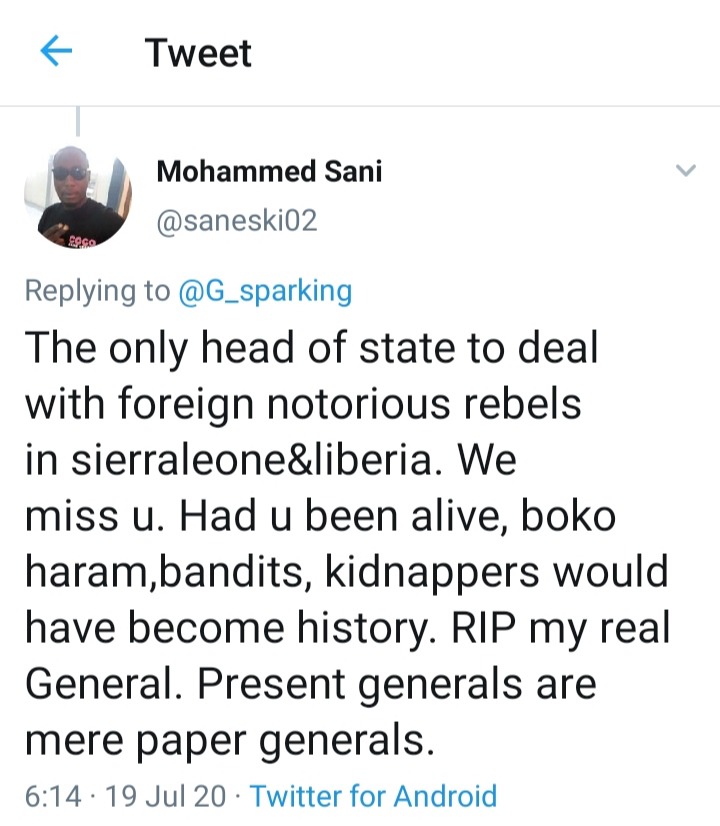 Mohammed Sani, a twitter user said Abacha was the only head of state to deal with foreign notorious rebels in sierraleone and liberia. He said had Abacha been alive, boko haram,bandits, kidnappers would have become history. 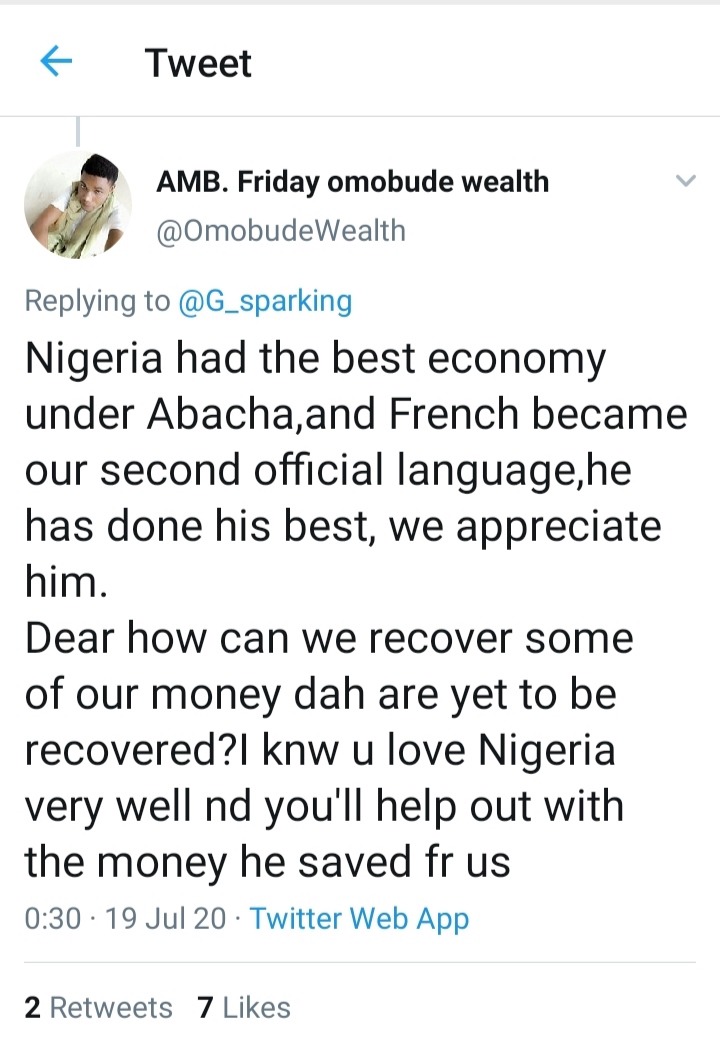 Amb. Friday Omude Wealth, a twitter user said that Nigeria had the best economy under Abacha,and French became our second official language. He said Abacha has done his best, we appreciate him. 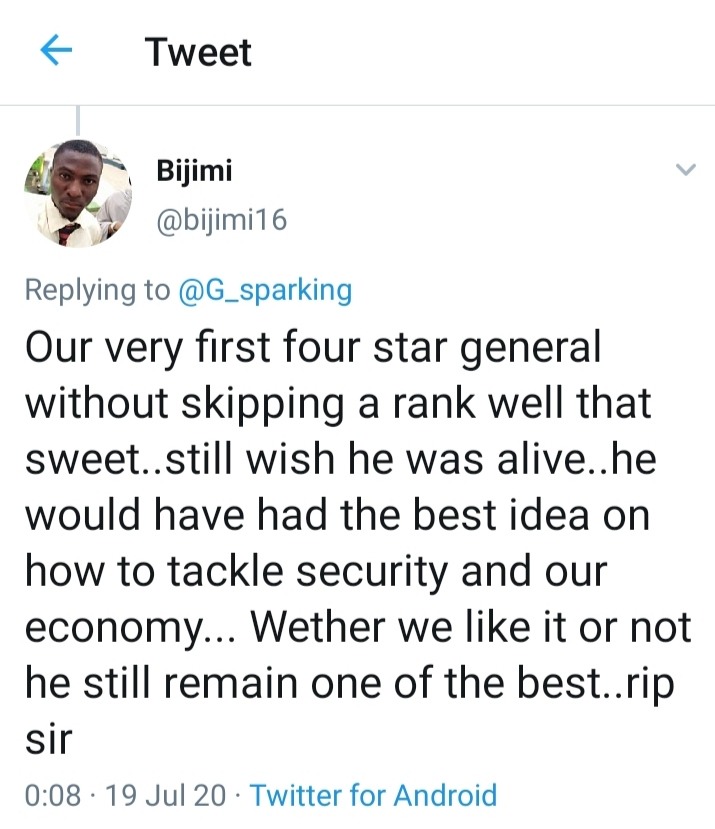 Bijimi, another twitter user said that Abacha is our very first four star general without skipping a rank. He said he still wish Abacha was alive, he would have had the best idea on how to tackle security and our economy. He said wether we like it or not he still remain one of the best. 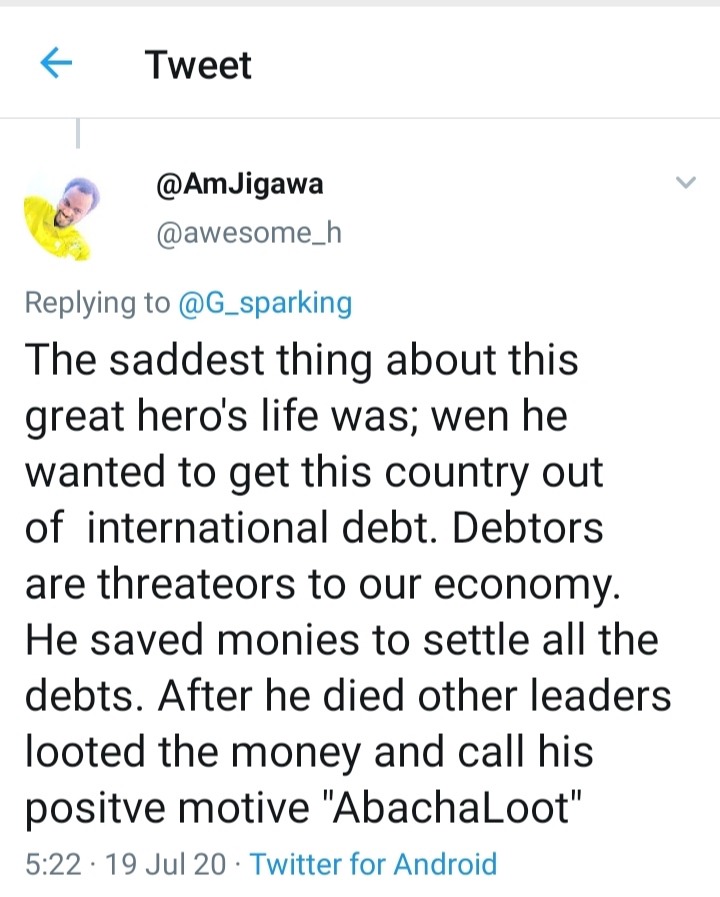 Am Jigawa on his Twitter account said the saddest thing about this great hero's life was when he wanted to get this country out of international debt. He said that Abacha saved monies to settle all the debts. He said after Abacha died other leaders looted the money and call his positve motive "AbachaLoot". 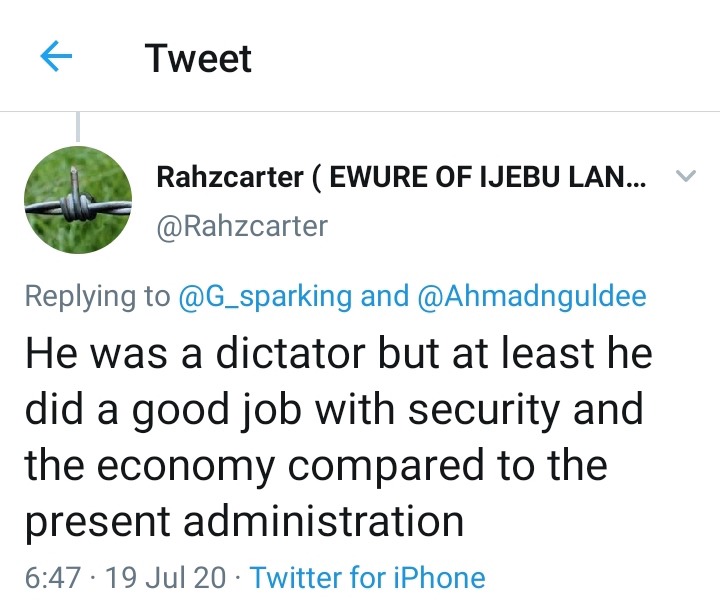 Rahzcarter, a twitter user said Abacha was a dictator but at least he did a good job with security and the economy compared to the present administration. 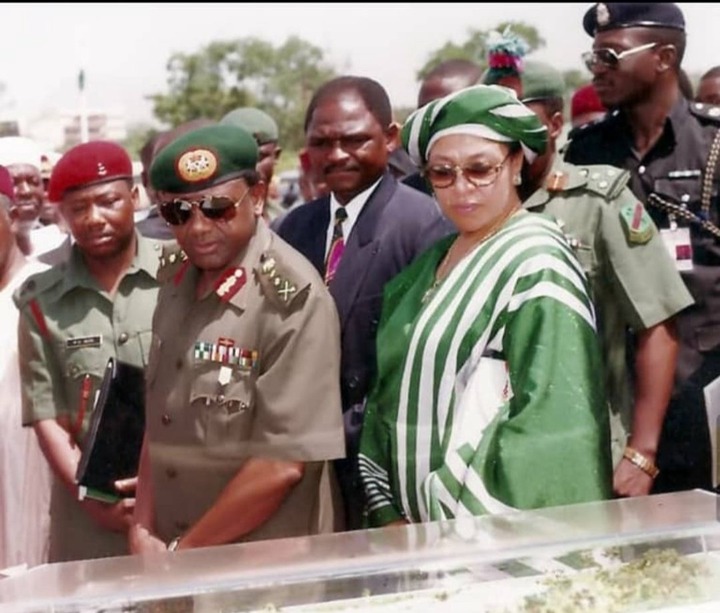 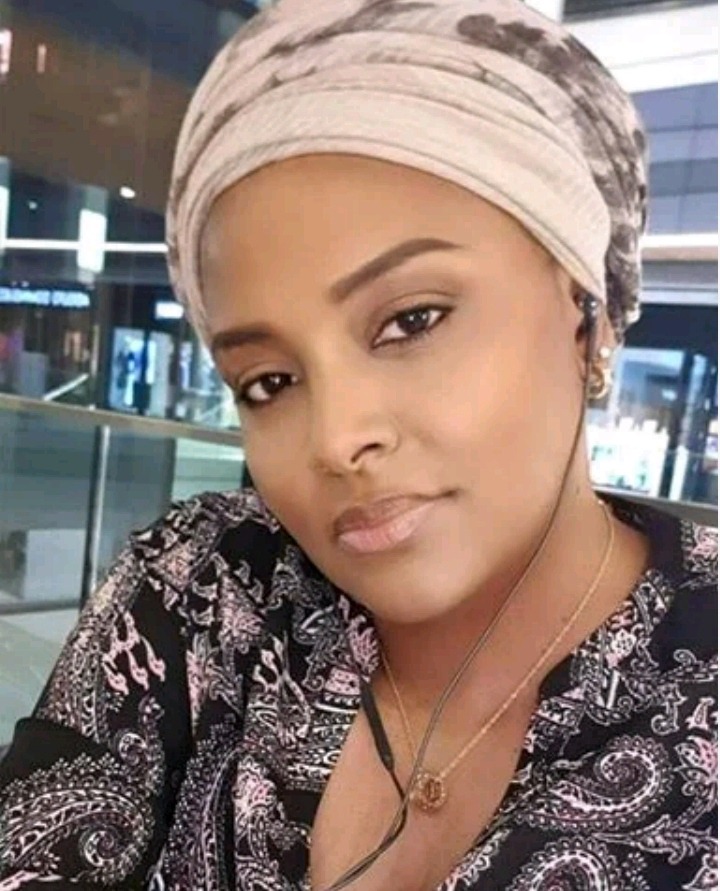