"Trump Will Still Remain In Office"- FFK Reveals When Donald Trump Will Leave The Presidential office.

However, Femi Fani Kayode (FFK) who is known for his support for Donald Trump have revealed when Donald Trump will leave the United States presidential office. According to what he posted on twitter, he said that "Trump will still remain in office until 20th January 2021". 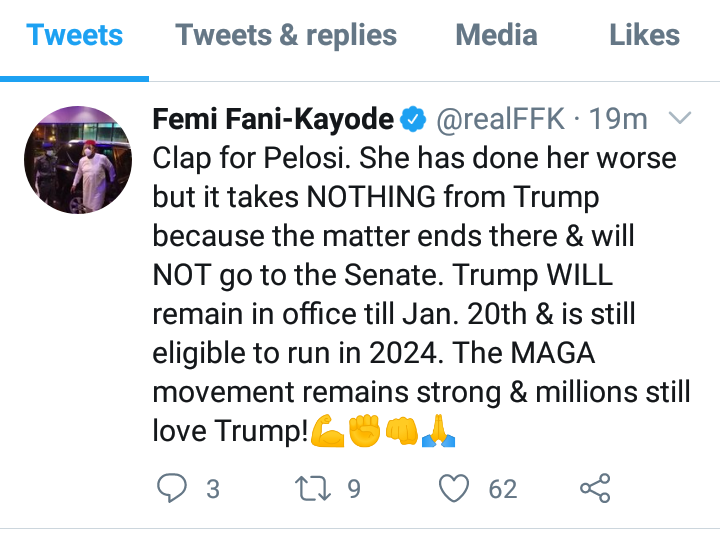 Nevertheless, a lot of people have reacted to what FFK posted on twitter, check out their comments and reactions. 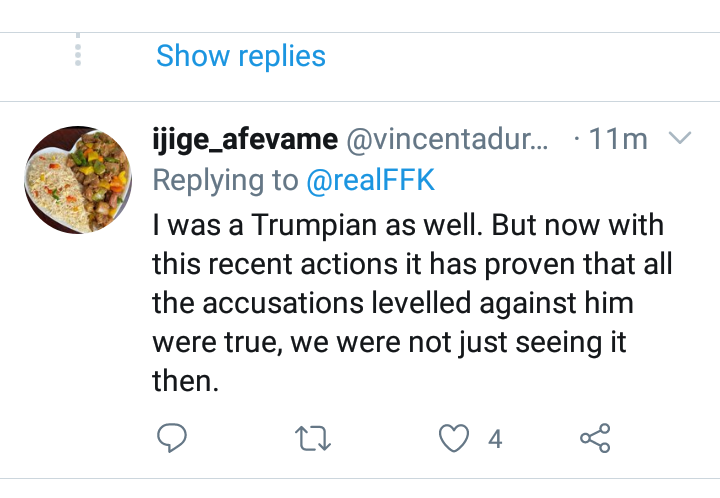 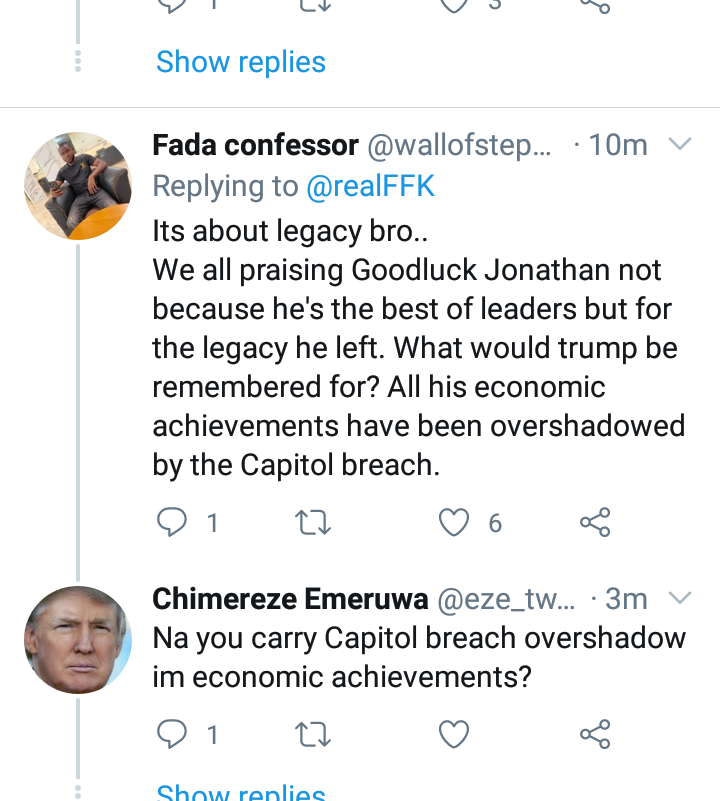 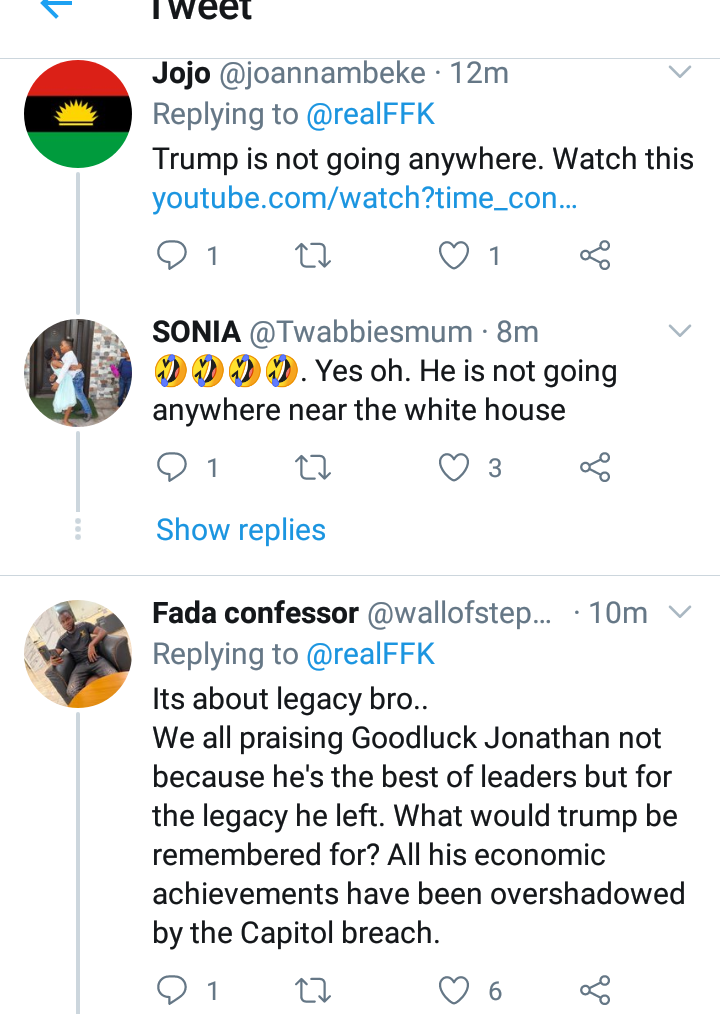 So, what do you think about Femi Kayode's post concerning the impeachment of Donald Trump?.

Kindly leave your comments in the comment box and also, share this article with your colleagues and friends.

highest goal scorer in bundesliga kinky twist updo naira marley tesumole video neco gce result 2019 tekno songs 2018
Opera News is a free to use platform and the views and opinions expressed herein are solely those of the author and do not represent, reflect or express the views of Opera News. Any/all written content and images displayed are provided by the blogger/author, appear herein as submitted by the blogger/author and are unedited by Opera News. Opera News does not consent to nor does it condone the posting of any content that violates the rights (including the copyrights) of any third party, nor content that may malign, inter alia, any religion, ethnic group, organization, gender, company, or individual. Opera News furthermore does not condone the use of our platform for the purposes encouraging/endorsing hate speech, violation of human rights and/or utterances of a defamatory nature. If the content contained herein violates any of your rights, including those of copyright, and/or violates any the above mentioned factors, you are requested to immediately notify us using via the following email address operanews-external(at)opera.com and/or report the article using the available reporting functionality built into our Platform

Nigeria Has Foundational Issues, It Needs To Restructure – Atiku Abubakar 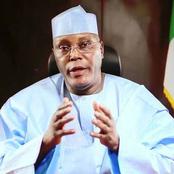 This Nollywood Actor Died On Friday, Check Out His Photos 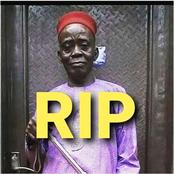 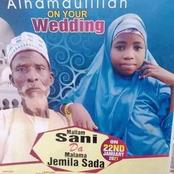 Hours After Frank Lampard Was Sacked, See The Emotional Statement Made By Abramovich 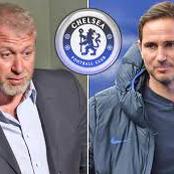 Before The Month Ends, Here Are 19 Alluring Atiku Outfits You Could Slay With 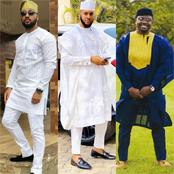 After he gave killer herdsmen ultimatum to leave an area in Oyo, See what Sunday Igboho said 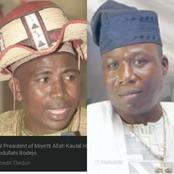 Chelsea Board Expected To Sack Lampard In Few Hours As T. Tuchel Is Set To Become New Blues Manager 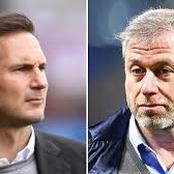 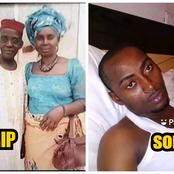 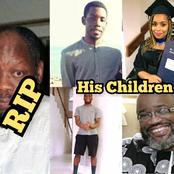 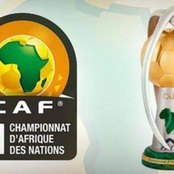