By Specialty (self meida writer) | 29 days 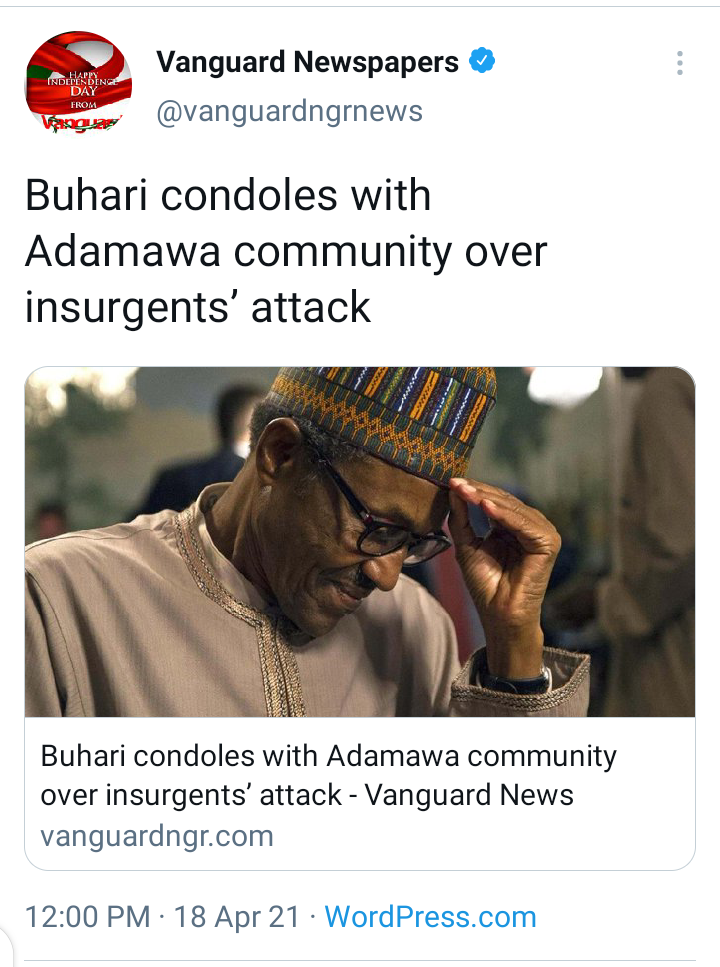 President Muhammad Buhari has condoled with the Kwapre community in the Hong Local Government Area (LGA) of Adamawa over the recent Boko Haram insurgents attack.

Buhari, represented by Secretary to the Government of the Federation, Mr Boss Mustafa, said this when he visited the community on Sunday.

The president expressed his deepest sympathy and condolence to the affected community. 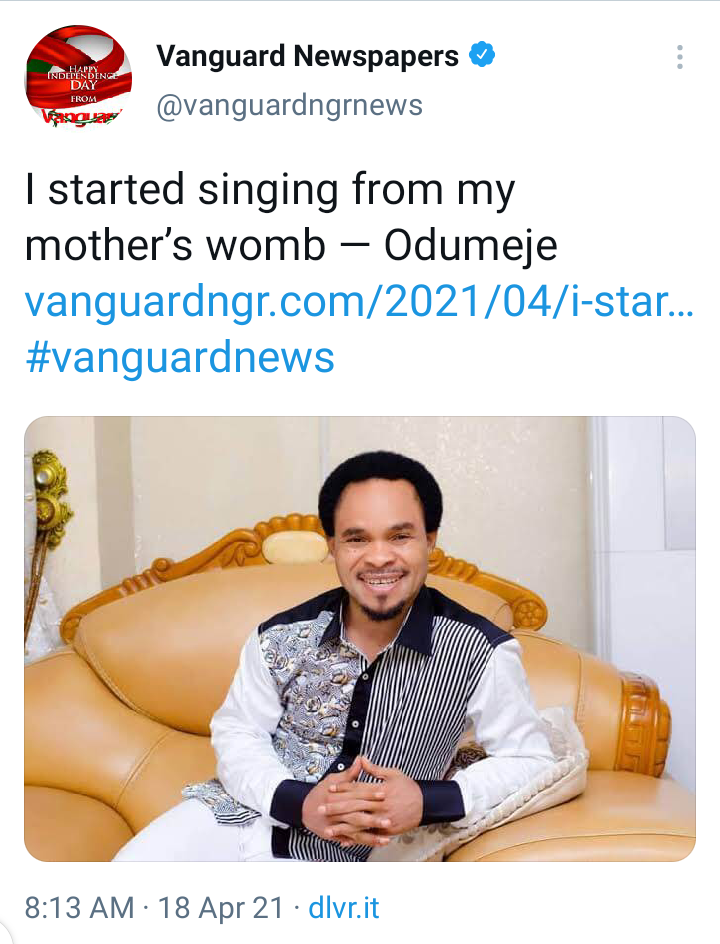 Popular Onitsha-based cleric and self-acclaimed lion, Prophet Chukwuemeka Odumeje, who opened up on how he acquired his spiritual powers as published yesterday, in Vanguard, has also revealed how he got the gift of singing.

According to the controversial pastor, he started singing in his mother’s womb.

“I started singing in my mother’s womb,” he said.

He added: “What I possess is a full calling. Everything was given to me so that nobody can brag for me.

“When I’m on the pulpit, I sing the songs that can move me into action. I don’t need anybody to sing for me.”

US Orders Its Citizens To Leave Chad 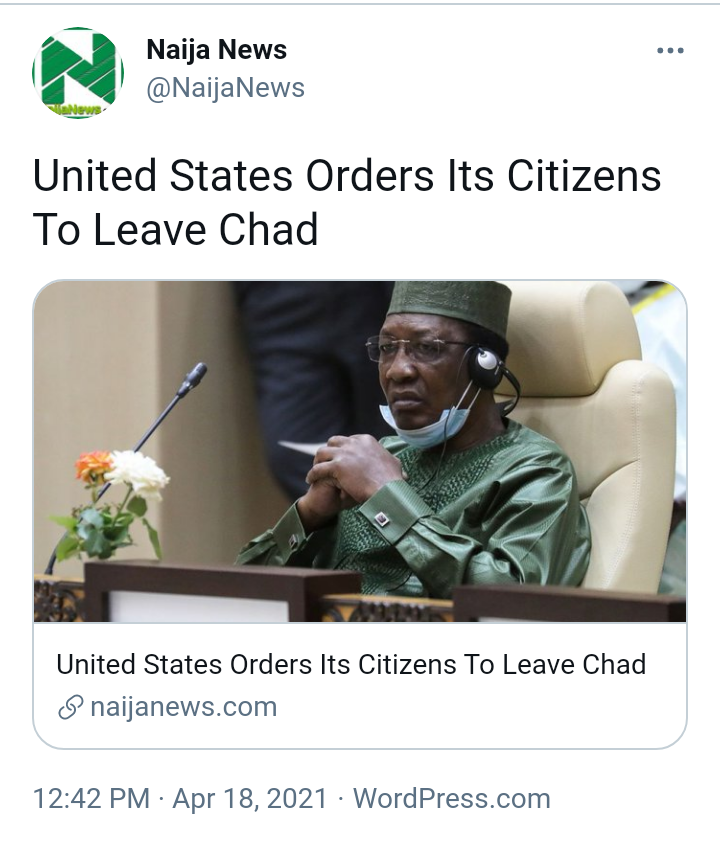 The United States has ordered its citizens to leave Chad as rebels move to the capital, Ndjamena.

The United Kingdom also wants its citizens to leave Chad “due to civil unrest and gun violence.”.

The uprising comes as Chadian election results show President Idriss Deby is on track to win re-election for a sixth term.

According to the US State Department, Non-governmental armed groups from northern Chad have moved south and appear to be heading towards N’Djamena. Due to their growing proximity to N’Djamena, and the possibility of violence in the city, non-essential US government employees have been ordered to leave Chad by commercial aircraft. US citizens in Chad who wished to leave are urged take advantage of commercial flights. 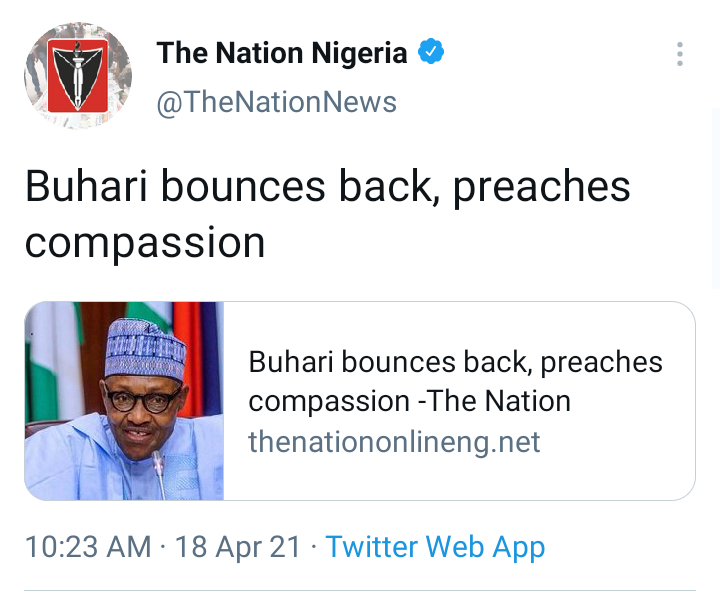 President Muhammadu Buhari returned to Nigeria after a 16-day medical trip to London, preaching compassion to Nigerians as he resumed his high profile job.

Buhari, who returned just in time to join his compatriots to observe the Islamic holy month of Ramadan, pleaded with privileged Nigerians to show generosity and to help the poor all the time.

The 78-year-old president, flew out of Nigeria on March 30 for routine medical checkup. He returned on April 15. 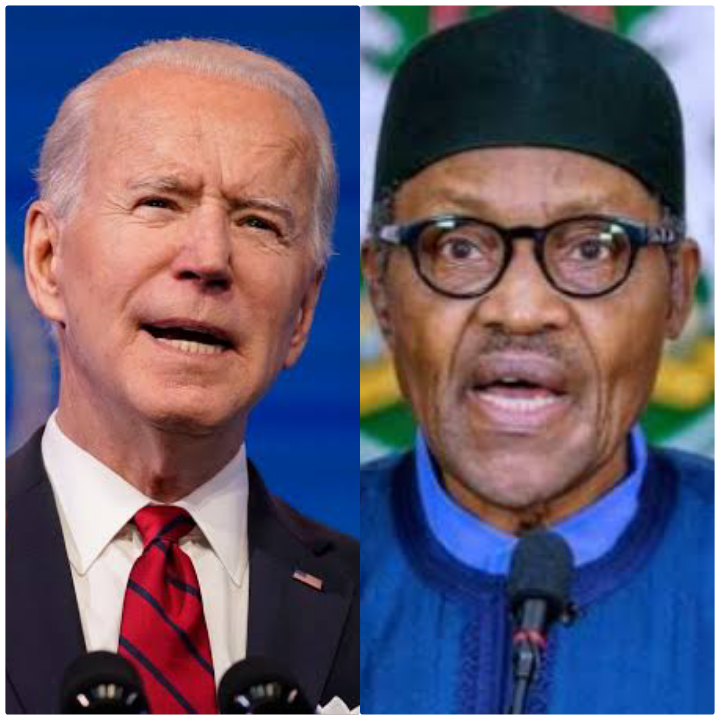 What's your thought on Buhari's administration?