WHAT would one remember about the corruption investigations against Ibrahim Magu, former acting Chairman of the Economic and Financial Crimes Commission, EFCC? Nothing, except the manner of the arrest.

Possibly, the scandalous allegations against him which read like EFCC press statements on suspects. Most of those cases never make it to the court. Is it possible that the allegedly recovered assets did not reflect in books before they are discovered never to have existed?

Not to be forgotten is the near absence of President Buhari was the nation rolled through the cesspool of allegations of wastes of public funds. The EFCC affair was distressing, considering that the anti-corruption pillar of the administration was being bulldozed by the administration. There were only feeble official explanations for it.

Magu held our attention. We thought, as government had proclaimed, that Magu’s investigation would be the example of its advertised determination to end corruption. There was nothing exceptional about the poorly scripted drama.

It segued to the closing plots with audiences unaware of the serendipitous end. What were we expecting? What did we get? It was more of a comedy than the crime thriller that began with a remarkable arrest of Magu in manners that some termed gestapo. The allegations watered our expectations.

Counters from Magu counted. His poise punched Attorney-General of the Federation, Mallam Abubakar Malami and spoke of the futility of keeping him down for too long. Signals that this would not be about Magu alone surfaced in torrents of allegations in the media against Malami. They started overtaking whatever Magu did or failed to do. Malami said he acted in the national interest contrary to the allegations.

Magu continued to ply his innocence. He gained sympathy with disclosures that petitions against him were not made available to him so that he could respond to them wholesomely. Magu said he had nothing to hide. It was a mild suggestion that the ball was still in the court of his accusers. He did not need to say more.

The execution of a bail for him confirmed that the issue would take a more civil than criminal pace in its persistence. The perceived persecution of Magu was over in substantial terms. Things may never go beyond this point.

Are there lessons to learn from Magu’s ejection from office? None, absolutely none. These treatments seem to be personal, specific, and depend only on how vengeful the punishing authority wants to be. Magu is fading from the scene; it is possible the curtain has been drawn on this piece of theatre that we witnessed the beginning only as high quality gossip.

Elsewhere, corruption developed newer dimensions over an uncommon National Assembly hearing on the stench from the Niger Delta Development Commission, NDDC, an intervention agency that has become one of the biggest centres of corruption. Some say NDDC’s corruption is not new though it seems that the vigour to loot the place is at higher gears.

NDDC is an opportunistic corruption centre. Any situation can be exploited to deplete resources that were meant to mitigate the disasters of oil and gas exploitation in nine States, one in South West, two in South East, and six in South South. A look into the status of corruption in NDDC is unnerving.

Minister of Niger Delta Obong Godswill Akpabio, a former Governor of Akwa Ibom State has allegations of sexual harassment hanging on him from Ms. Joi Nunieh, a former NDDC acting Managing Director who Akpabio fired, alleged for insubordination. She claimed on live television that she lost her job to not meeting Akpabio’s demands that included funds and an oath of loyalty to Akpabio. Ms. Nunieh was counter-punching Akpabio’s shots at her marital status. Akpabio is threatening to sue Ms. Nunieh for libel.

Hilarity became part of the affair when pictures of Akpabio holding Ms. Nunieh appeared in the media on Thursday. Part of Akpabio defence of Nunieh’s allegations stated, “I have never touched her”.

Revelations of how staggering sums of money have been fettered away while the peoples of the region wallowed in increasing poverty are at the centre of the investigations. The House of Representatives is concerned about expenditures of N81.5b so far in 2020 mostly suspected to be without due process. The Senate’s interest is mainly on N40b NDDC expended on contracts within months.

Where the Federal Government could not make a meaningful provision of palliatives for very poor in Nigeria, the well off staff of NDDC paid themselves to cushion the effects of the COVID-19 pandemic. “Only N1.5 billion was used to take care of staff.  We used it to take care of ourselves. We are NDDC, we need to take care of ourselves too,” acting Managing Director of NDDC, Professor Kemebradikumo Pondei told stunned Senators at the hearing on NDDC. We should bear in mind that Senators did not receive palliatives for COVID-19. NDDC’s largesse ranged from N10m for the top officer to N600,000 for the least workers.

Pondei’s remark that NDDC needed “to take care of ourselves too” had the full implication that it was taking care of others, definitely not the peoples of the Niger Delta. How could it have spent half of the COVID-19 budget on its 1,275 staff and the remnant on more than 50m people in the NDDC region?

Chairman of the Committee, Olubunmi Adetumbi read from an audit report thatN3.1 billion was spent as COVID-19 funds between October 2019 and May 2020. For the far-sighted NDDC, COVID-19 started in October 2019 when the first cases were reported in China in November 2019 and Nigeria’s index case was on 27 February 2020.

The NDDC drama almost apexed before dawn on Thursday 16 July 2020 when armed mobile policemen surrounded the Port Harcourt residence of Ms. Nunieh. She was billed to testify before the Senate on the same day. The operation was confirmed on Friday to have been authorised.

Governor Nyesom Wike who had warned that “nothing should happen to Ms. Nunieh”, an Ogoni from Rivers State, stepped into the fray. He personally fretted Ms. Nunieh to Government House from her sieged residence. Many Nigerians have been wishing they had Governors who could intervene for them in similar manners.

NDDC investigations suffered another setback at the House of Representatives on the same day. Pondei and his team walked out on the House Committee on NDDC. Pondei accused its Chairman Olubunmi Tunji-Ojo of corruption and refused to make any presentation to him.

Ms. Nunieh appeared at the House of Representatives on Friday. She made more allegations against Akpabio who the House asked to appear on Monday, unfailingly.

Nothing is unusual about President Buhari’s pronounced absence during the dismemberment of his foremost agenda, anti-corruption. His tepid statement that investigations should be co-ordination adds nothing helpful to the mess that has been made.

These dramas confirm that there are body parts that smell, no matter the owners, and not minding how scrupulously we scrub them. There are conditions and exceptions that are essential protocols in making the fight against corruption less pretentious.

Just some years back, the Peoples Democratic Party, PDP, faced with similar embarrassments would have told us to back off, it was a family affair. The All Progressives Congress, APC, has adopted the same posture since 2015. After all, if it was good for PDP, it makes nice servings for APC. 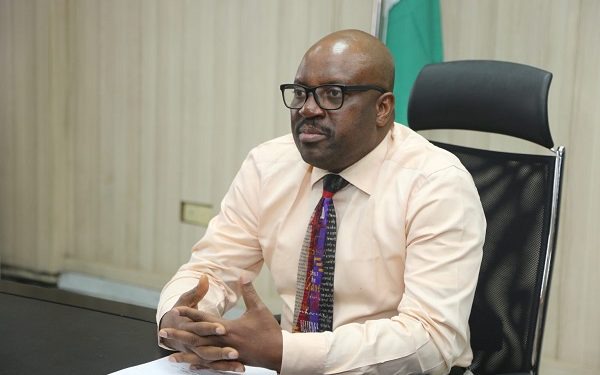 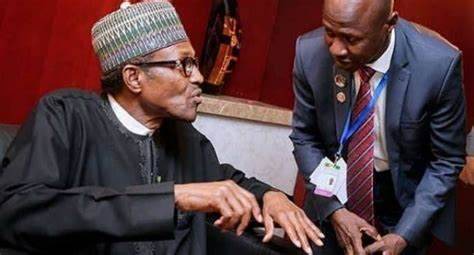 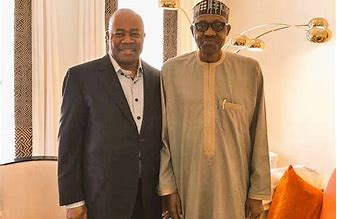 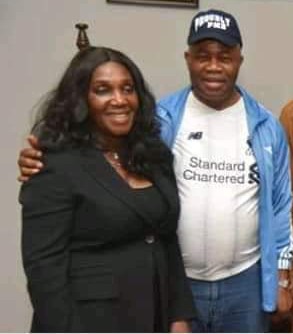 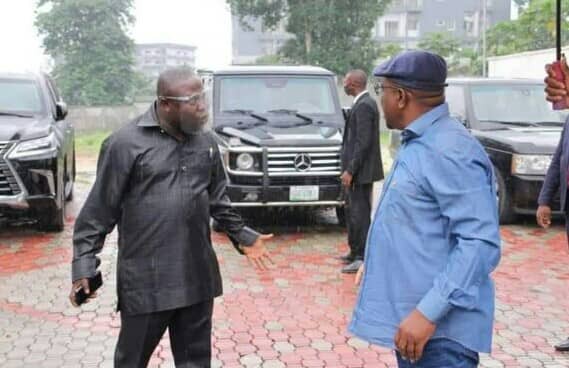