Between The Maps Of Both Oduduwa And Biafra Republic, Which One Looks Better

By GossipDriver (self meida writer) | 20 days

Actually, Biafra was a kingdom that existed on the Ancient Map of Africa for about 400 years ago. And that makes Biafra to be one of the oldest kingdom in the Africa. As everyone knows, Nnamdi Kanu and Sunday Igboho have been agitating for the nation for there people. Kanu for Biafra, while Igboho for the Yoruba Nation which turned out to be the Oduduwa Republic. Recently, the Supporters of the Oduduwa Republic, have been unveiling many things like Currency, Passport and most especially, the map for Oduduwa Republic. Meanwhile as of recent, the Vice President in person of Yemi Osinbajo, has said that there will be need for Visa. But what most people are confused is that, for those that did inter-ethnic marriage. Will they still need a Visa. Well that aside, as many will recall the existence of the Biafra Map didn't just start now, but decades ago. And with that, I have decided to make it more like a comparison of both Biafra and Oduduwa Map, see pictures below.

The Map Of Biafra Republic. 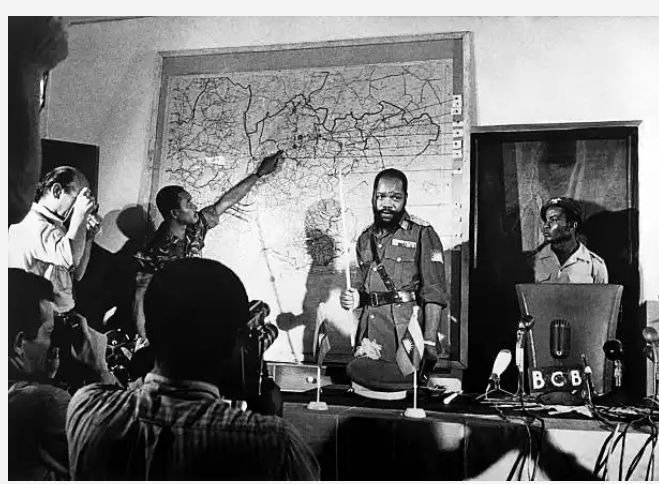 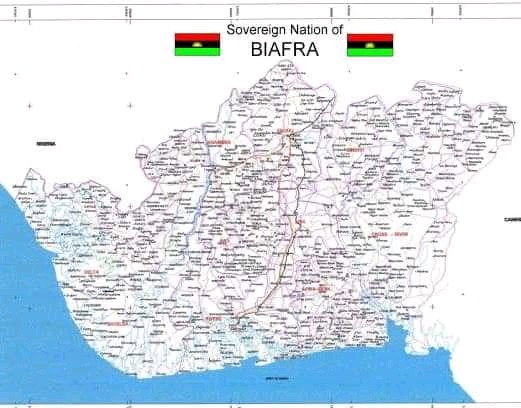 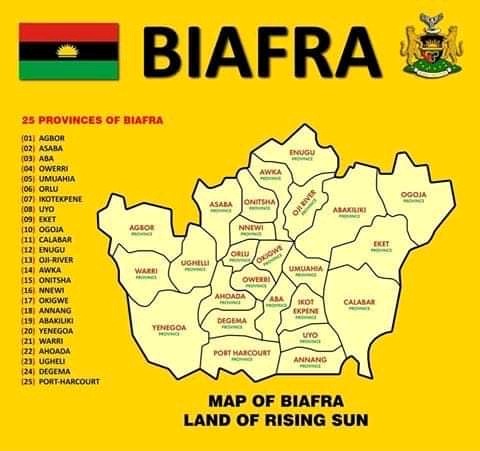 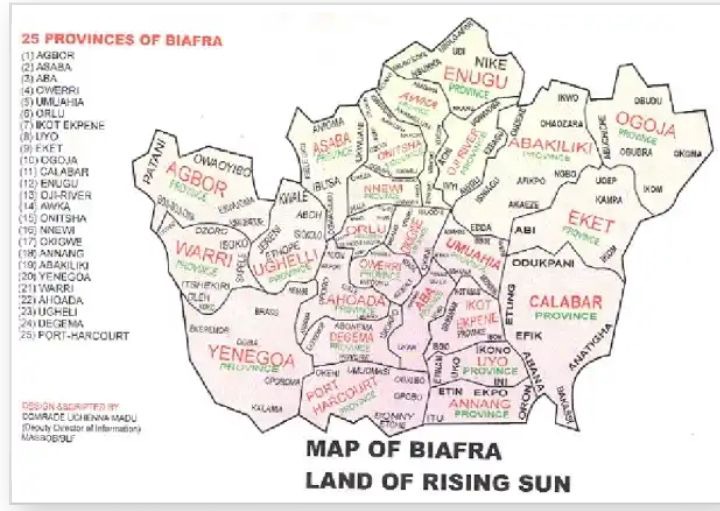 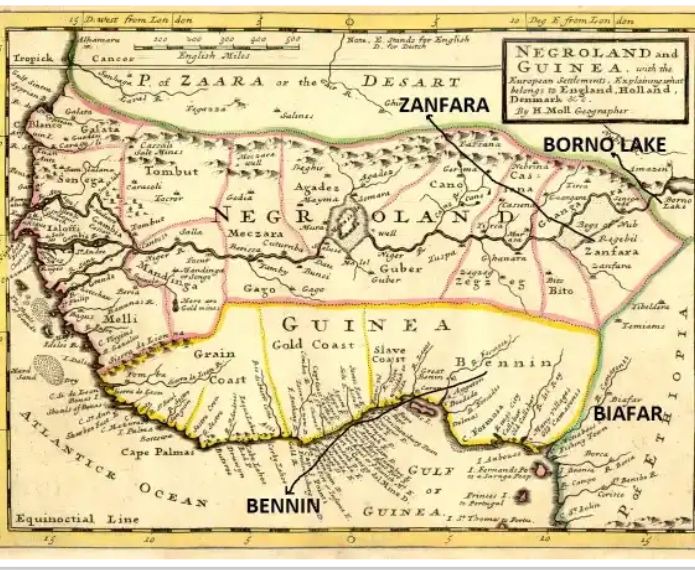 Now on the lane of the Oduduwa Map, we all know the Yoruba land is the homeland and cultural region of the Yoruba people in West Africa. The Yoruba people are known to be one of the unique people in the whole world. One unforgettable fact that makes them unique it's that they do Give Birth of Twins. 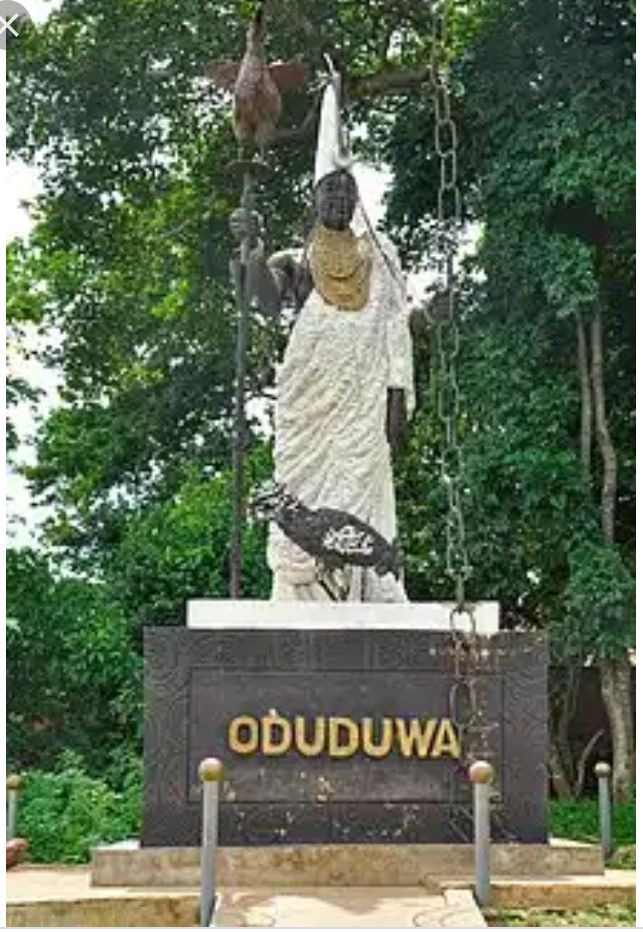 Meanwhile, the concept of the Oduduwa Republic was obtained from the name Oduduwa. Oduduwa is regarded as the legendary progenitor of the Yoruba, and almost every Yoruba settlement traces its origin to Ile-Ife in Osun State. However, here are the pictures of the map of Oduduwa Republic.

The Map Of Oduduwa Republic. 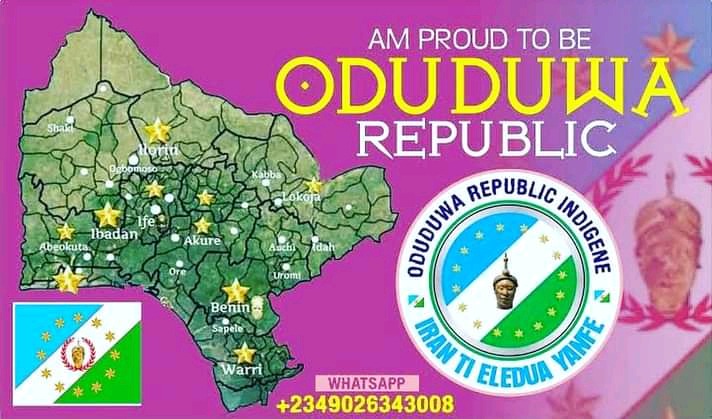 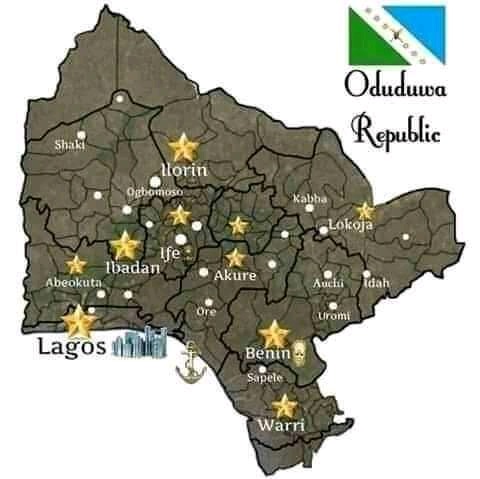 Now, it's now your turn to rate the map that looks more good. Don't forget to follow me for more interesting updates and stories, share this content.

Content created and supplied by: GossipDriver (via Opera News )

Guys, here are 3 signs that your girlfriend is Toxic

"If You’re Born Again, You’ve Got The Power To Turn Negative Situations Around" -Pastor Oyakhilome