Meet the tribe in Africa that claims they just came to existence without been created.

By OritGolmut (self media writer) | 1 year ago

This article is based on history and research.

As far as life and nature is concern, everyone believe that he or she is been created by God.

But to these people they believed they just came into existence without being created. With some proves attached to it. 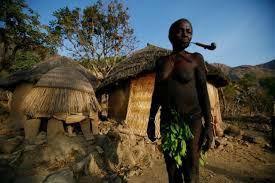 First of all before we move on with todays gist let's look at the origin of these people (which part of africa are they living, the language they speak, how do they exist without creator, how and when do they came to existence).

These people are from Nazang (a village in amper) kanke LGA plateau state Nigeria.

They speak Ngas (a tribe in plateau state).

Ngas people believed they were created, according to history Ngas is said to have migrated from Asian country to borno and later moved to pankshin and kanke LGA of plateau state. But these people's case is different they also speak Ngas fluently but they are neither from Asian country nor from borno.

These people resided in plateau state before Ngas people arrived but they also speak. Ngas people when they reside in plateau state they decided to go for hunting and see the nature of the place. When they went for hunting, they( Ngas) met these people.

They were thinking maybe the people speak another language, so they talk to the people using Ngas language but the people answered them fluently and they were shocked. According to them they said there forefathers said "they just appeared. They don't know how they came to existence, they just see theirselves here, they don't know their origin."

These are the tools they used in fetching water. There is a word they used when someone asks about their origin.This is the word " mu khye mu puut" which means "we just appeared" which also meant "we came up from the ground."

Till date these people have believed they appeared or came from ground without being created. How can this be possible? .

But when you look into these people's matter, I meant from the history there forefathers gave them is so much confusing.

What can you say about these people or should we just believe they were not created ?.

Content created and supplied by: OritGolmut (via Opera News )