By Hub-gist (self media writer) | 1 year ago

Tunde Bakare Reveals What God Told Him About Buhari 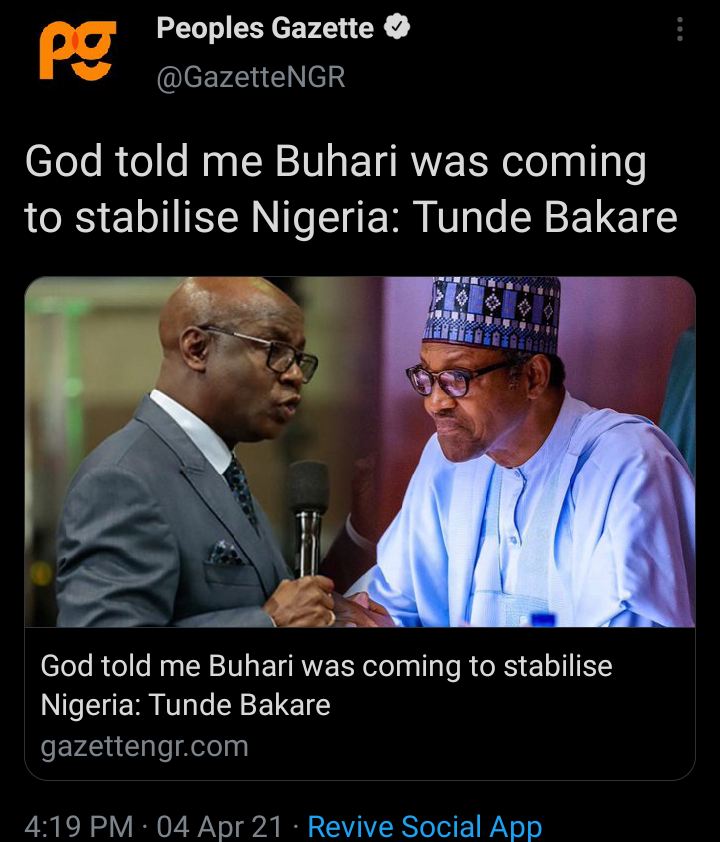 Mr Bakare, a critic of successive past administrations who once said he is not under any obligation to protest against the Buhari government, made this statement in a State of the Nation Broadcast on Sunday.

Highlighting his role in the coalition of political parties that birthed the All Progressive Congress and eventual emergence of Mr Buhari in 2015, Mr Bakare said God had in a vision shown him that Mr Buhari has a critical role in the stabilisation of Nigeria

Another President Tests Positive For Covid-19 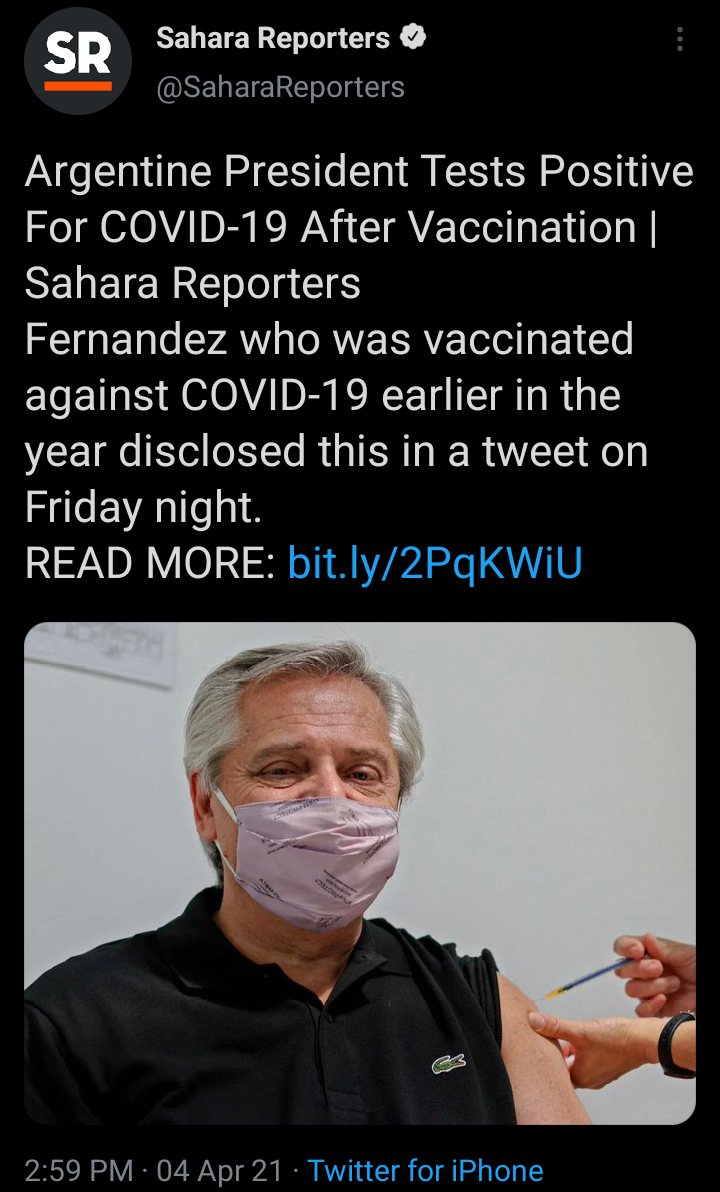 The President of Argentina, Alberto Fernandez has announced that he tested positive for the novel corona virus.

Fernandez who was vaccinated against COVID-19 earlier in the year disclosed this in a tweet.

The President however said that he had a light fever, but was in good spirits.

Argentina was the third country in the world to approve the Sputnik V jabs after Russia and Belarus and it began administering doses in December 2020. 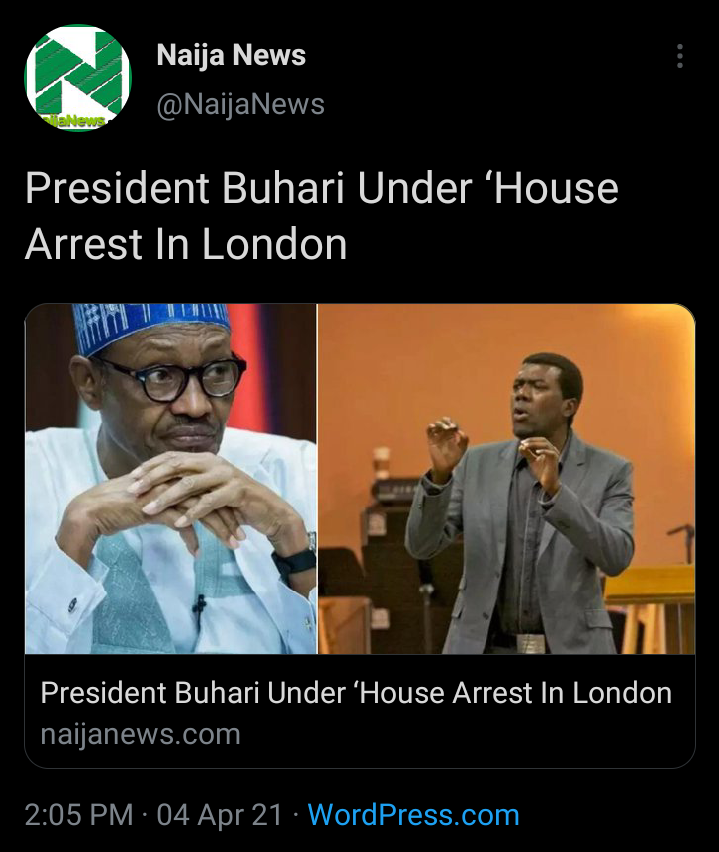 According to him, President Buhari has become a “prisoner at Abuja House” in London as protesters who are against his medical trip to the UK have blocked the exit of his residence. 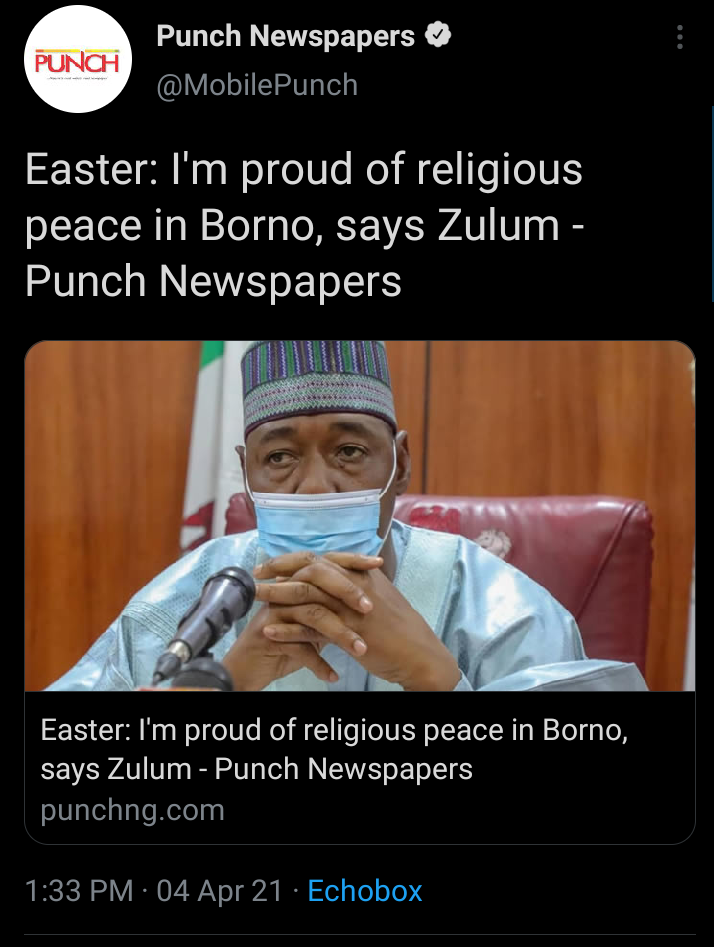 The Governor of Borno State, Babagana Zulum, has felicitated Christians in the state as they celebrate Easter.

Zulum, in a statement by his spokesman, Malam Isa Gusau, said he’s proud that despite the challenges the state has been facing at the hands of Boko Haram terrorists since 2009, Muslims and Christians still maintain a peaceful co-existence in the 27 local government areas of the state.

He urged everyone in the state to continue to do whatever they can to nurture and preserve the precious harmony that exists in the state. 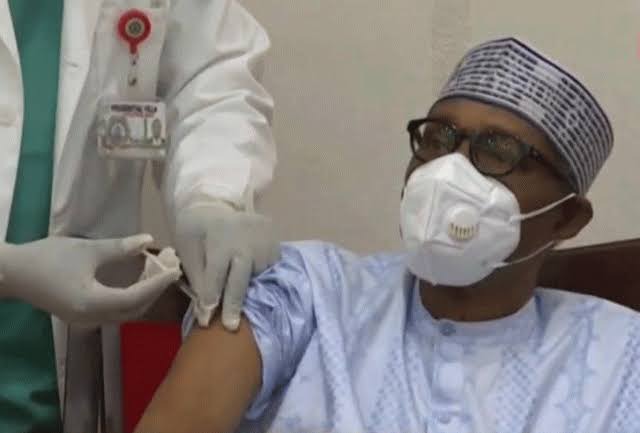