2023: 4 Narratives From Senator Abaraibe That Confirm His Interest To Rule Nigeria Come 2023

By HarmlessAloy (self media writer) | 21 days ago 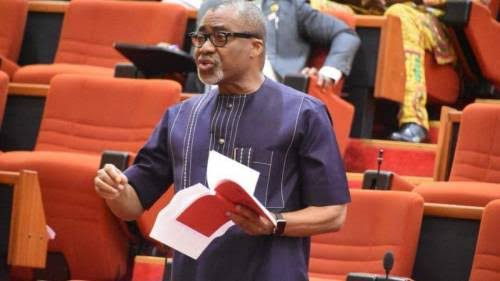 The senator representing Abia South at the red chamber of the National Assembly, Senator Enyinnaya Abaraibe has tacitly disclosed his interest in the forthcoming 2023 presidential elections during a session with the Channels television. The outspoken senator and minority leader in the senate has been a very important figure in Nigeria's present politics largely because of his controversial views on national issues. This gives much credence and importance to his stance on the ongoing political chess games in Nigeria, especially the issue of 2023 Southern presidency.

It could be recalled that the Southern governors forum during their previous meeting in July, reached a unanimous decision that a Southerner must become the next president of Nigeria after president Muhammadu Buhari. This was well received by well meaning Southerners but their Northern counterparts think otherwise. Recently, a plethora of Northern groups - Northern Governors Forum, the Coalition of Northern Groups, and Northern Elders Forum - have all kicked against the proposed imposition of a Southern presidency come 2023. There reasons largely hovers around constitutional provisions and democracy. 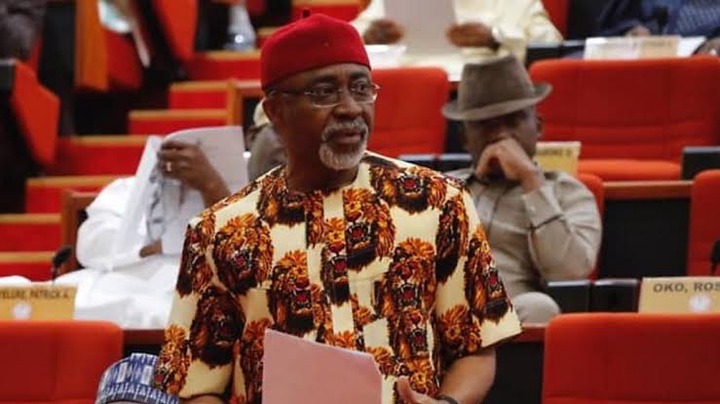 Gradually, the issue of the 2023 presidency has consistently evolved into a national debate as many political actors continue to affirm and reaffirm their various positions on this sensitive discourse. Recently, one of the major political actors in Nigeria, senator Enyinnaya Abaraibe has further complicated the ongoing political chess game in Nigeria. As a big influence from the Southern part of the country and a very relevant chieftain of the People's Democratic Party (PDP), Abaraibe's recent stance on the 2023 presidency shouldn't be taken lightly. Though, the former deputy governor of Abia state did not grossly declare his interest but his 6 narratives about the 2023 presidency are enough to suspect his obvious interest in the most plum job in Nigeria.

We have taken a critical look at his responses to the 4 questions pertaining to 2023 presidency.

1. Your name has come up in conversations as a presidential candidate for your party in 2023, should that lot fall on you, what would you do?

In reply, Enyinnaya Abaraibe said that if such lot falls on him, within 6 months all these things will be a thing of the past. By implication, Abaraibe is of the position that he would use just 6 months to end the insecurity and economic crisis in Nigeria, if he is elected president. 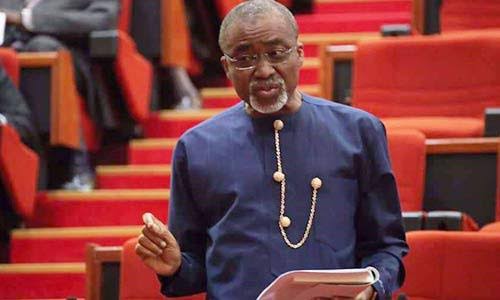 2. Have you ever considered yourself being a president of Nigeria?

In reaction to this question, Enyinnaya Abaraibe recalled his conversation with the former governor of Bauchi state, Muazu, in 2002. During the conversation, the former governor of Bauchi state asked him if he would like to be the president of Nigeria, he reemphasized his readiness to lead such a "beautiful" country like Nigeria. Undoubtedly, senator Enyinnaya Abaraibe has the progress of Nigeria at heart and has recently shown his eagerness to lead this beautiful country.

Going forward, Senator Enyinnaya Abaraibe recalled a certain narrative from Former governor of Anambra state, Peter Obi. The narrative goes thus: "if you have a vehicle with a knocked engine, who would you look for; would you look for a very good driver? What you should do first is to go look for a mechanical engineer that would fix the car." Abaraibe further revealed that what Nigeria needs is a mechanical engineer that could fix the country.

Thereafter, he was asked; do you think you're the kind of this mechanical engineer? In response, Abaraibe re-established his willingness to do fantastic job as president of Nigeria. He insisted that those who are already ruling are not better than him. 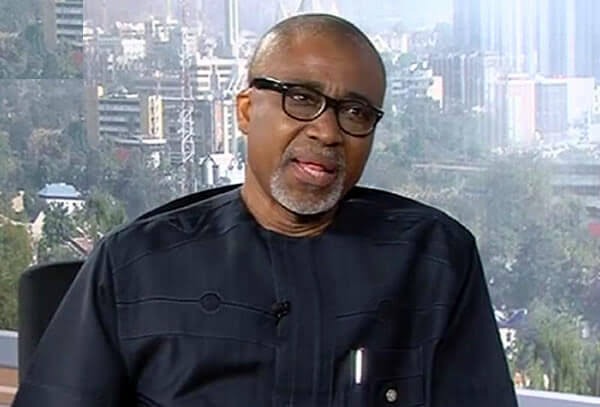 3. Would Igbo president resolve this matter in 2023?

Reacting to this question, Enyinnaya Abaraibe recounted how the Igbos have been the most accomodating tribe in Nigeria. He further opined that only Igbos understand the diversity in Nigeria.

4. Invariably, do you think there is need for an Igbo president in 2023?

From the foregoing, it is very obvious that Abaraibe's interest in the 2023 presidency is no longer under speculation. The minority leader has tacitly disclosed his interest and eagerness to lead Nigeria and at the same time, provided circumstances that could satisfy his position.