El-Rufai informs the public that he is not on Koo and that an imposter account should be ignored.

By Mercigoldzp (self meida writer) | 4 days

On Koo, a freshly launched app in Nigeria, the Kaduna State Government has rejected an account posing as Malam Nasir Ahmad el-Rufai.

Nasir Ahmad el-Rufai, a Nigerian politician, was born on February 16, 1960, and has served as Governor of Kaduna State since 2015. From 2003 until 2007, he served as Minister of the Federal Capital Territory and Director of the Bureau of Public Enterprises. He is a founding member of the All Progressives Congress, the country's ruling party. 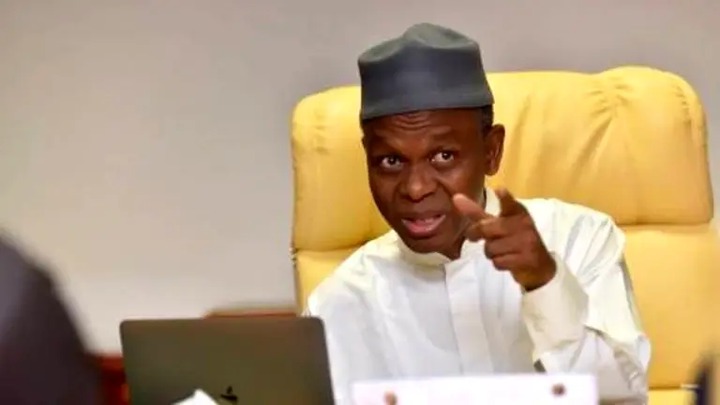 El-Rufai was sworn in as the 22nd Governor of Kaduna State on May 29, 2015. In his inauguration address, he said that he and his deputy would be halving their allowances until the state's fiscal position improved. One of El-first Rufai's acts as governor was to announce on August 6, 2015 that Kaduna State would embrace the Treasury Single Account policy by September 1st of that year. 470 accounts belonging to various ministries, departments, and agencies were closed at the end of the exercise, and a total of N24.7 billion was recovered and paid to the Kaduna State Government TSA with the Central Bank of Nigeria.

Malam El-Rufai has not signed on to Koo, according to Muyiwa Adekeye, Special Adviser to the Governor (Media and Communication).

As a result, any account claiming to be him on that app is false and should be treated as such,” he stated.

Content created and supplied by: Mercigoldzp (via Opera News )

"I Don't Lose, I Learn" - BBNaija Nengi Says As She Shares Stunning Pictures That Stirs Reactions

OFFICIAL: The English Premier League Fixtures For 2021/2022 Has Been Released (See Full Fixtures)