Donald Trump Congratulates Nigeria On Twitter Ban; Check Out What He Said Other Countries Should Do.

By Diddy_Tvcast (self media writer) | 1 year ago

Donald Trump Congratulates Nigeria On Twitter Ban; Check Out What He Said Other Countries Should Do.

The former President of the United States of America Donald Trump has backed President Muhammadu Buhari in his fight against the Twitter ban. 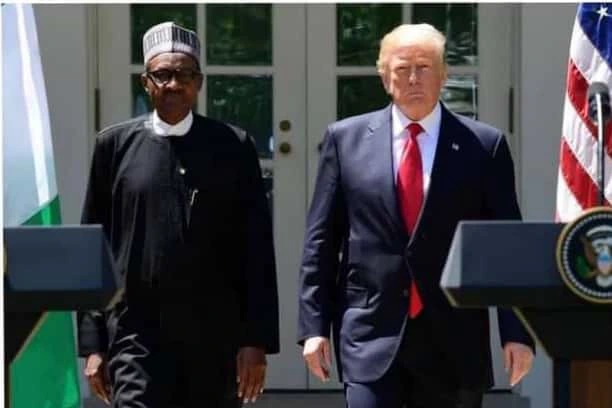 According to the Hill, Donald Trump praised Nigeria for enacting the ban and urged other countries to follow suit.

"Congratulations to the country of Nigeria, which just banned Twitter because they banned their President," he was quoted as saying.

He went on to argue that additional countries should participate in the effort to outlaw not only Twitter but also Facebook.

He explained that this was due to the fact that social media platforms did not allow for free and open expression.

In a statement obtained by the news site, he stated that all voices should be heard.

Following popular criticism, the prohibition was later said to be temporary.

When Trump's message was deleted for breaking the social media platform's policy, he faced the same fate.

Content created and supplied by: Diddy_Tvcast (via Opera News )