How Africa can benefit from Okonjo-Iweala led WTO

The director-general of the World Trade Organisation (WTO) Dr Ngozi Okonjo-Iweala, said the organisation would work to deliver technical assistance and training for African countries to overcome their trade challenges 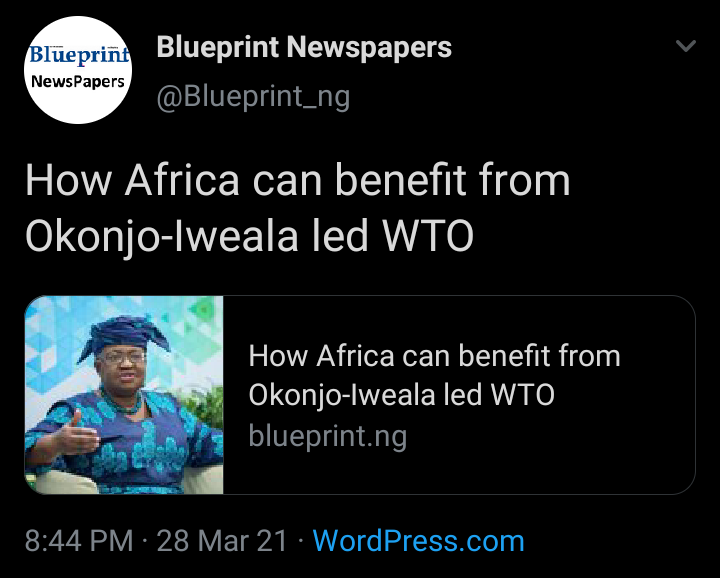 Okonjo-Iweala gave the assurance at a meeting with minister of industry, trade and investment Adeniyi Adebayo and minister of state, Mariam Katagum as part of her five-day working visit to Nigeria last week.

The WTO is the only global international organisation dealing with the rules of trade among nations. So on February 16, it made history when its General Council selected Okonjo-Iweala as its seventh director-general.

Okonjo-Iweala, Nigeria’s former minister of finance and former managing director of the World Bank, became the first woman and first African to emerge as WTO’s director-general on March 1.

There are five potential areas Africa can benefit from Okonjo-Iweala’s five-year (renewable) term as head of the world’s apex multi-lateral trade negotiating body.

First, the leadership of world’s top economic institutions has been dominated by the United States (US) and the European Union (EU). The US always leads the World Bank, while head of the IMF has always been from the European nations. This has however changed.

The founder of Stanbic IBTC and Anap Foundation, Atedo Peterside, says the Port Harcourt refinery in Rivers state generated no revenue in 2019. 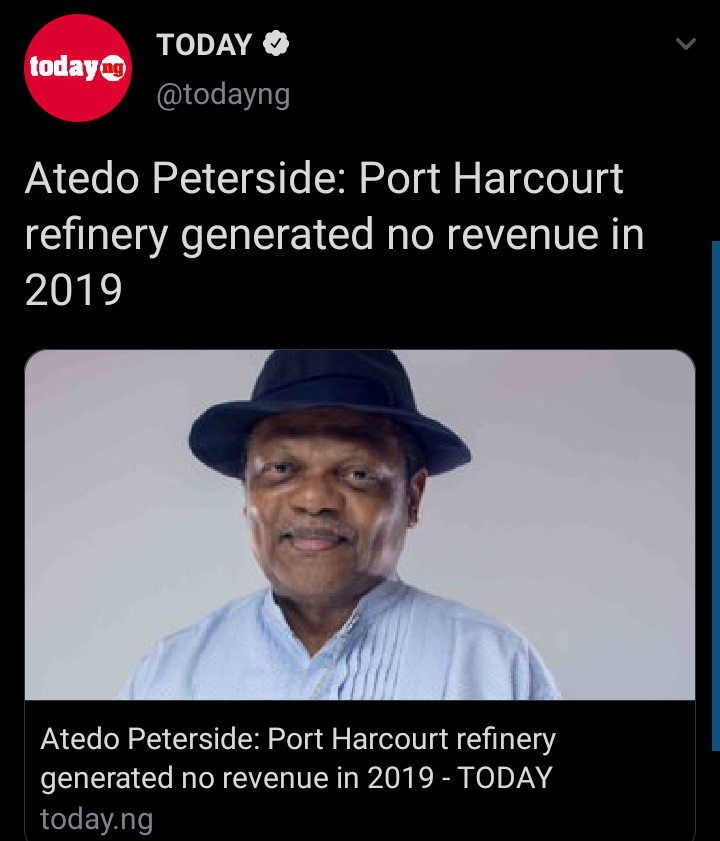 Peterside said the refinery incurred processing and administrative costs of N47 billion during the same period.

In a tweet on Sunday, he accused the Nigerian National Petroleum Corporation (NNPC) of pushing the country into a financial mess.

According to him, it is preferable that the refinery is sold to qualified investors.

“Instead of ending this nightmare through a #BPE core investor sale, NNPC wants to enmesh Nigeria into a deeper financial mess by throwing $1.5bn (incl. debt) at a problem it created?”

The Nigerian army has continued its operations in the northern region of the country to rid the area of Boko Haram insurgents terrorizing residents. 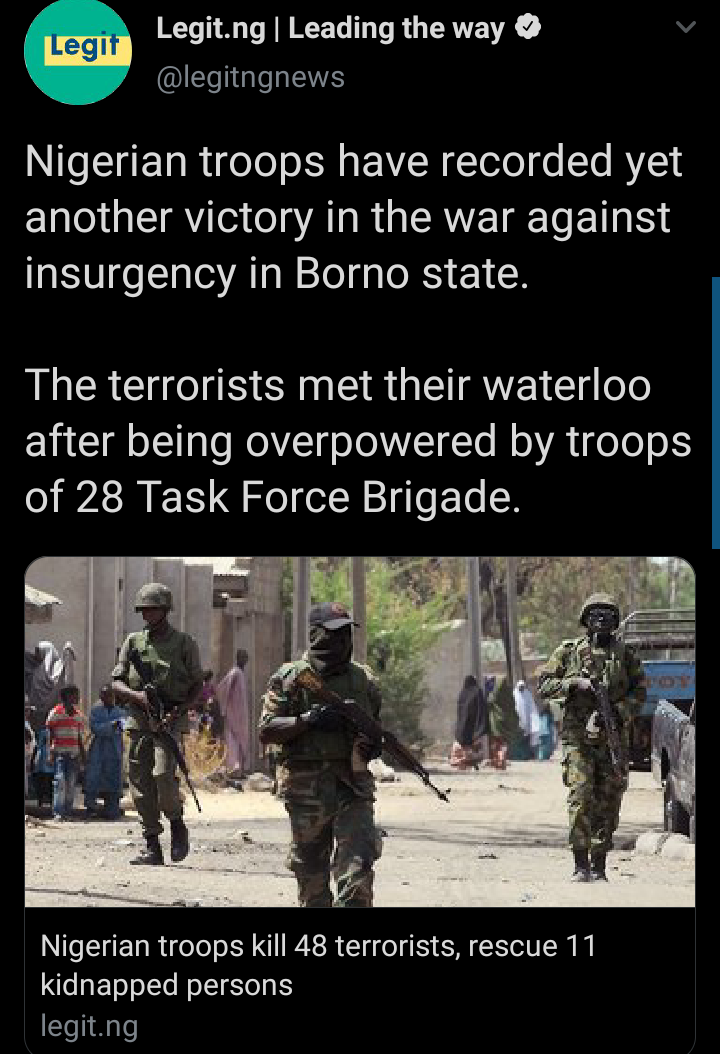 No fewer than forty-eight terrorists were successfully neutralised by troops during combat in two villages in Borno state.

This was disclosed in a statement released by the army spokesman, Brig. Gen. Mohammed Yerima and shared on the Facebook page of the Nigerian army.

The operation which was was carried out in an ambush along Damboa axis of Borno state saw the troops deployed in Chibok under 28 Task Force Brigade of Sector 1 Operation LAFIYA DOLE kill 9 terrorists while several others escaped with fatal gunshot wounds.

Governor Kayode Fayemi of Ekiti has urged the Universal Basic Education Commission (UBEC) and the Federal Ministry of Education (FME) to improve the mechanism for school monitoring and evaluation of projects.

He said this would promote quality education in the country. 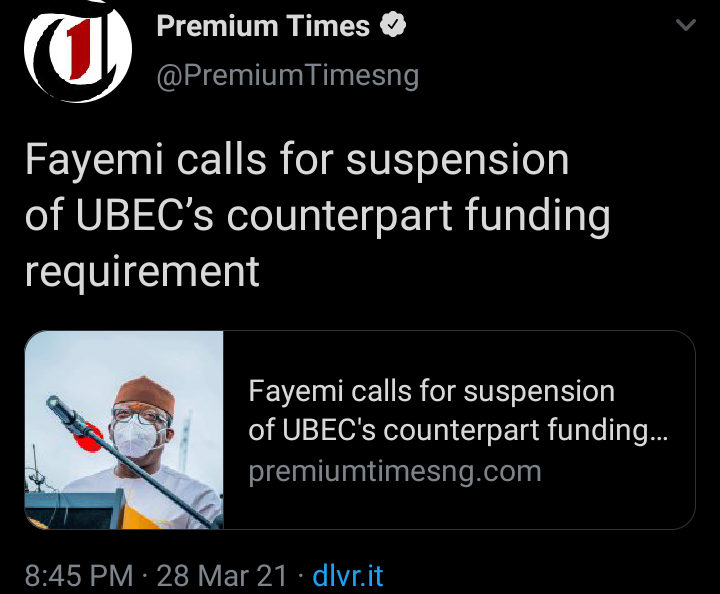 The governor made the statement when the Chairperson of the House of Representatives Committee on Basic Education, Julius Ihonvbere, led other members on a courtesy visit to him on Saturday in Ado Ekiti.

The News Agency of Nigeria (NAN) reports that the committee, as part of its oversight functions, was in the state to inspect basic schools and ensure that funds released by the Federal Government for execution of projects were judiciously utilised.