By Big6ix (self media writer) | 5 months ago 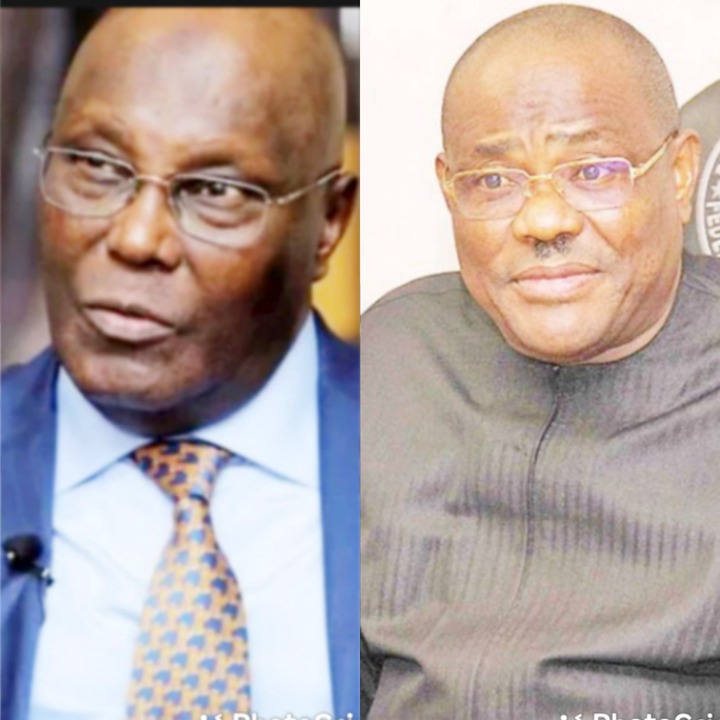 Atiku made the remark while lamenting that the Buhari-led government has failed to heed the call for restructuring of Nigeria. 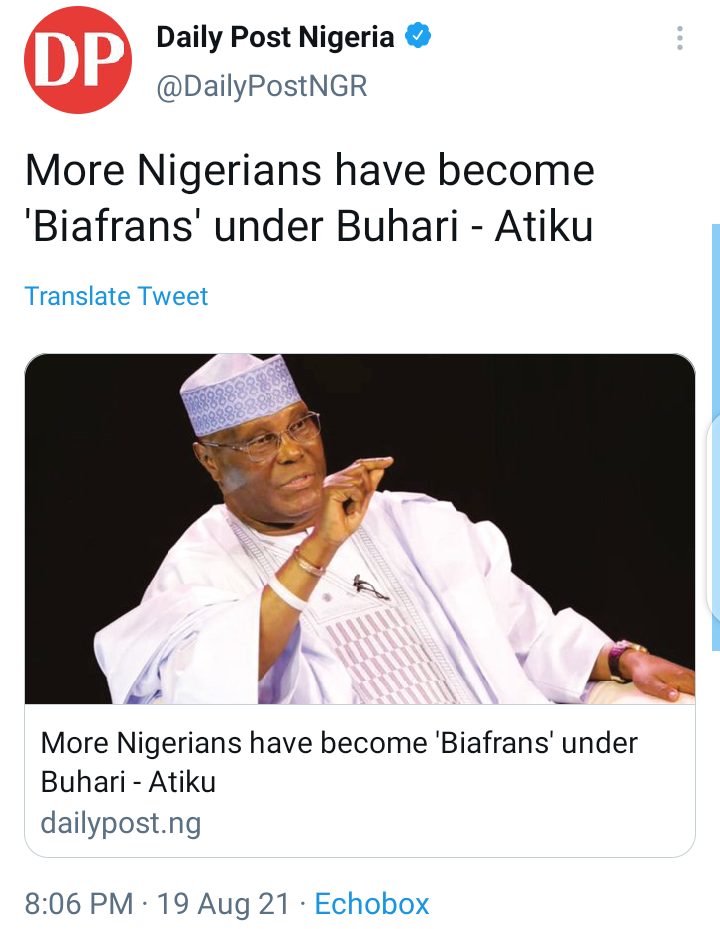 Speaking in Abuja on Thursday, the former Vice President also accused the Buhari-led government of failing to respect the constitutional provisions on federal character.

The former Vice President noted that the symbolic gestures that make ethnic groups feel a sense of belonging have been scorned by the government.

According to Atiku, the result of such action is that “agitations that turned more groups into Biafrans have become even more strident and, in some cases, violent”.

The former Vice President also maintained that restructuring would help fix some of Nigeria’s cultural and regional challenges.

The bill include, the Valued Added Tax Law No. 4 of 2021; The Open Rearing and Grazing Prohibition Law No 5 of 2021; The Child’s Rights Amendment Law No 2 of 2021; The Residents Registration Agency Law No 6 of 2021 and the Naming and Renaming of Infrastructure Law No3 of 2021. 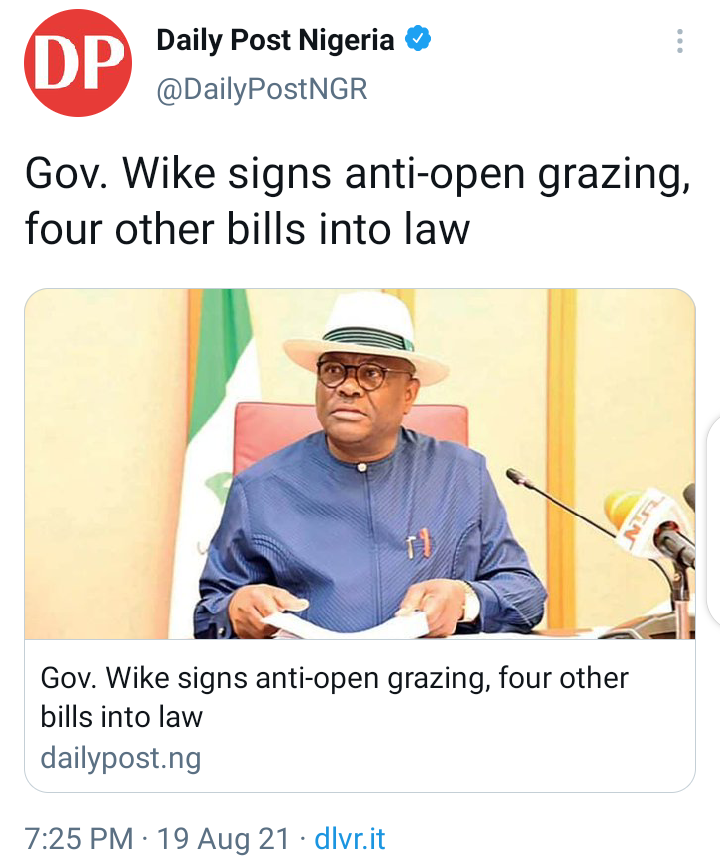 In a statement issued by his special Assistant on Media, Kelvin Ebiri, Governor Wike said “we (Rivers State) are standing on the part of history as representatives of the state to have taken the bull by the horn to challenge the illegality of the of the Federal Government through the Federal inland Revenue Services (FIRS).”

According to the statement the Governor who also spoke on the Open Rearing and Grazing Prohibition law, No.5 of 2021 said no state which intends to develop will allow open grazing of cattle.

A faith-based group, Christian Solidarity Worldwide Nigeria (CSWN), has called for the prosecution of the repentant Boko Haram insurgents for crimes against Nigerians.

Recall that the pan-northern organisation, the Arewa Consultative Forum, had equally kicked against the reintegration of the repentant Boko Haram members into the society. 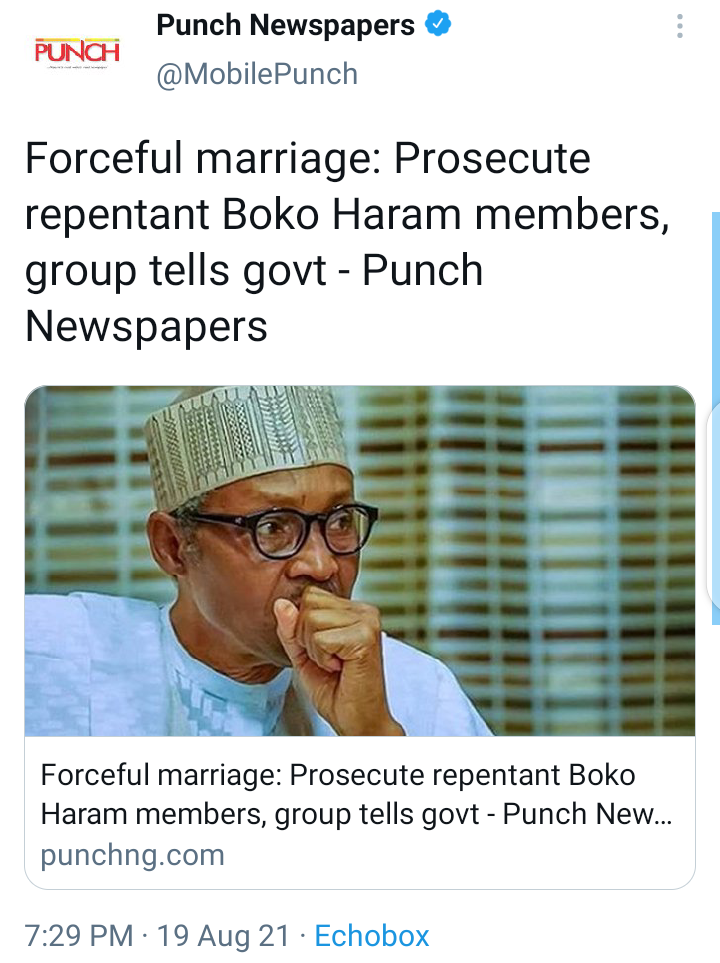 The girls are among the students abducted when Boko Haram insurgents attacked Government Girls’ Secondary School in Chibok on April 14, 2014.

The two girls gave birth to two children each and they returned home with their captors who claimed to be their “husbands.”

In a statement on Wednesday, the UK-based Christian organisation noted that it was not against the de-radicalisation of the ‘repentant terrorists’ by the Federal Government, but insisted that they must be made to face the law of the country.

The CSWN in the statement by its Research and Press Officer, Mr Reuben Buhari, said the “violators of the girls who parade themselves as their husbands” must be brought to justice.

Content created and supplied by: Big6ix (via Opera News )