By Hopenigeria (self meida writer) | 1 months 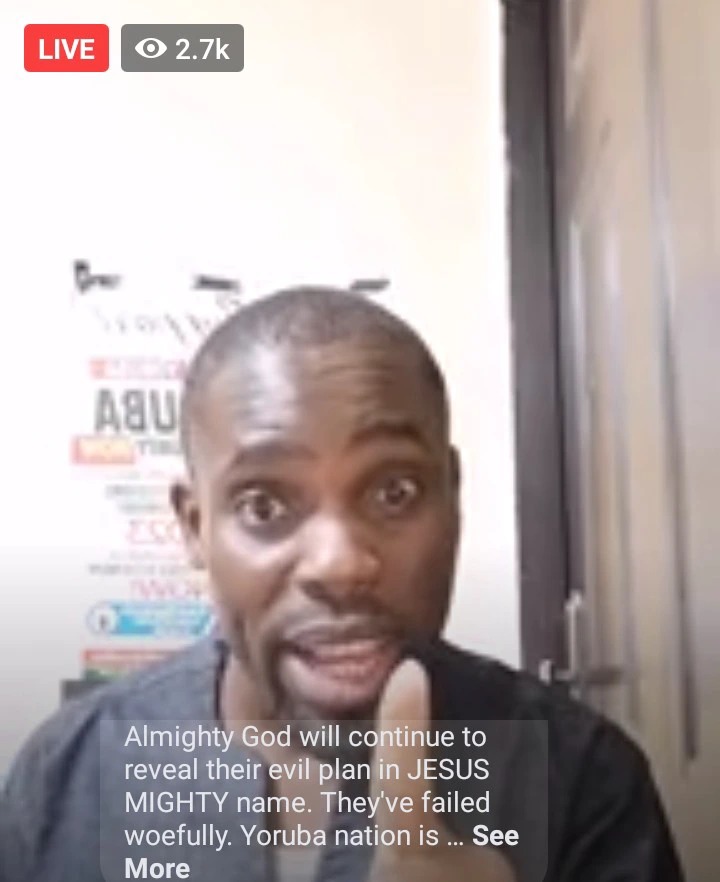 The Nigeria Government is losing control of it's citizens, because of the bad system and failure of Government to addressing the insecurity state of Nigeria.

Many people have grouped themselves together to form a Government of their own, inside Nigeria territory, since the Federal Government is seen to be complecant in dealing with security situation, where Boko Haram and Fulanis Hersmen are killing people at will and Government is doing nothing to stop the frequent occurrences.

What do you expect when the security agencies were fingered to have aided the killer Hersmen in accomplishing their evil menace act against the people they were paid to protect. 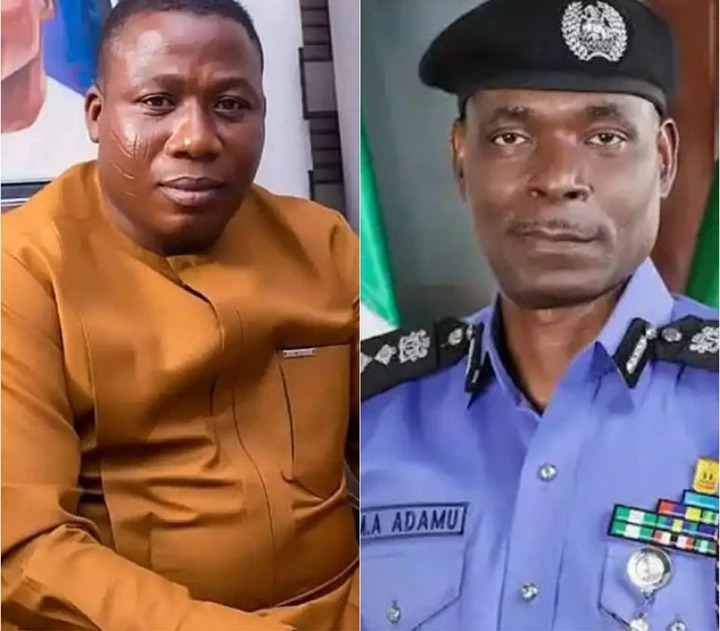 Recently the massacre at Ebonyi State suggests that if care is not taking, Nigerians maybe be forced to carry guns for self defense, since killing is now a routine check and daily occurrence without any resistance from the FG. 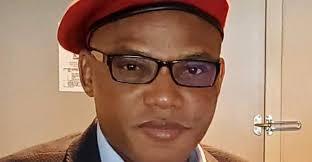 Since the escalation of the killer Hersmen, people like Nnamdi Kanu has floated ESN to secure South East territories, Sunday lgboho has also group his boys to defend his Yorubas South West territories, Asari Dokubo has declared that State of Biafra Government in Exile.

Lately the invitation letter sent to Sunday was not received from the DHL and later from the police officers who came in the order of inspector general of police.

The spokes man of the agile Sunday declared that such letter can't be accepted since it was how Dele Giwa was killed with a letter bomb from Government. He admonished the lG of police to first invite the bandits and killers Hersmen who are killing people at will, than to invite a freedom fighter fighting for his peoples survival.

It should be recalled that lghoho has declared the State of Oduduwa, stating the Yoruba territories are no longer part of Nigeria. 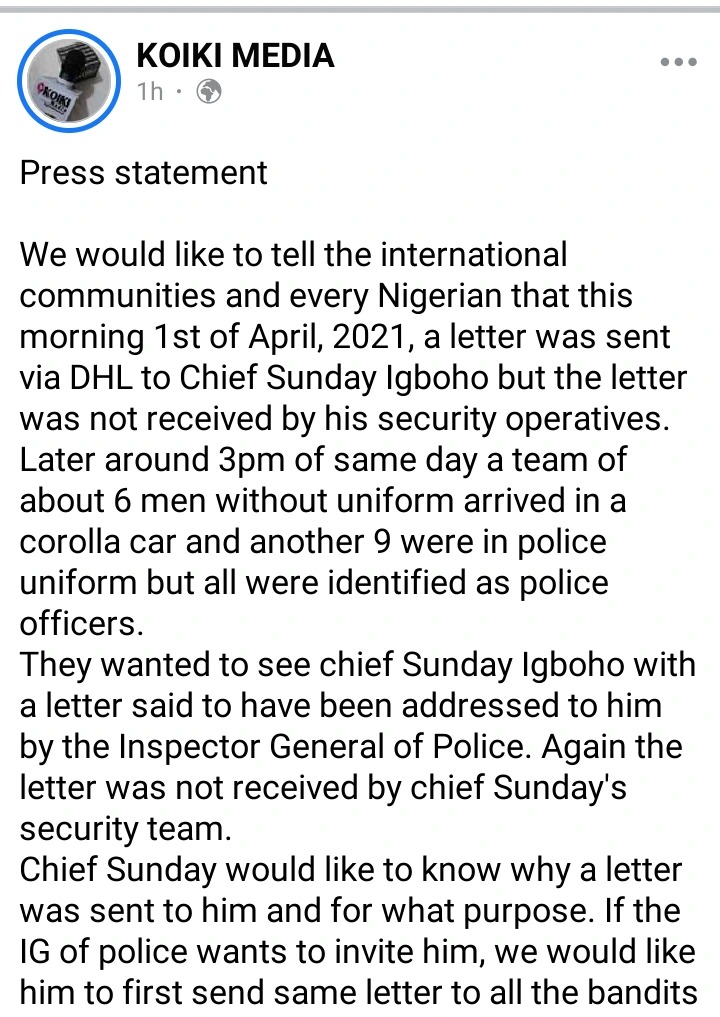 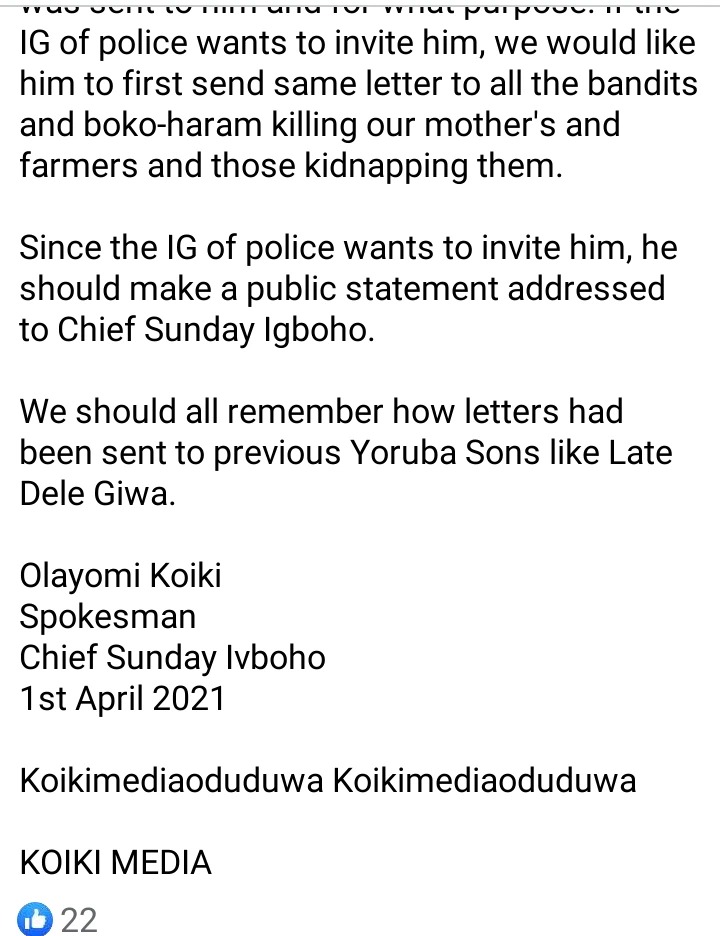 As it's today Sunday lgboho is a man that is above arrest, reasons been that the Nigerian FG has failed to do the needful in order to be in control of it's citizens, they choose sitting on the fence while set of people are carrying guns killing maiming people at will.

The strong man advised lG to make a press release Why he wants to see him (chief lgboho.). Why must they be after the freedom fighters and allow killer Hersmen and their leadership go untouched

What's your take on this situation we have found ourselves, is this part of the dreams of being a Nigerian, or is Nigeria about to end, comment on this page, like and share. Do you think that lgboho's stance is good for Nigerias project, do you think he must be arrested if yes why, if no why.

Content created and supplied by: Hopenigeria (via Opera News )

Many Killed, Others Kidnapped As Bandits Attack Churches In Kaduna State.

Both PMB And GEJ Paid Ransom But Denied It - Obasanjo