By Luckymedia (self meida writer) | 2 months

Kumuyi To Storm FCT For Crusade 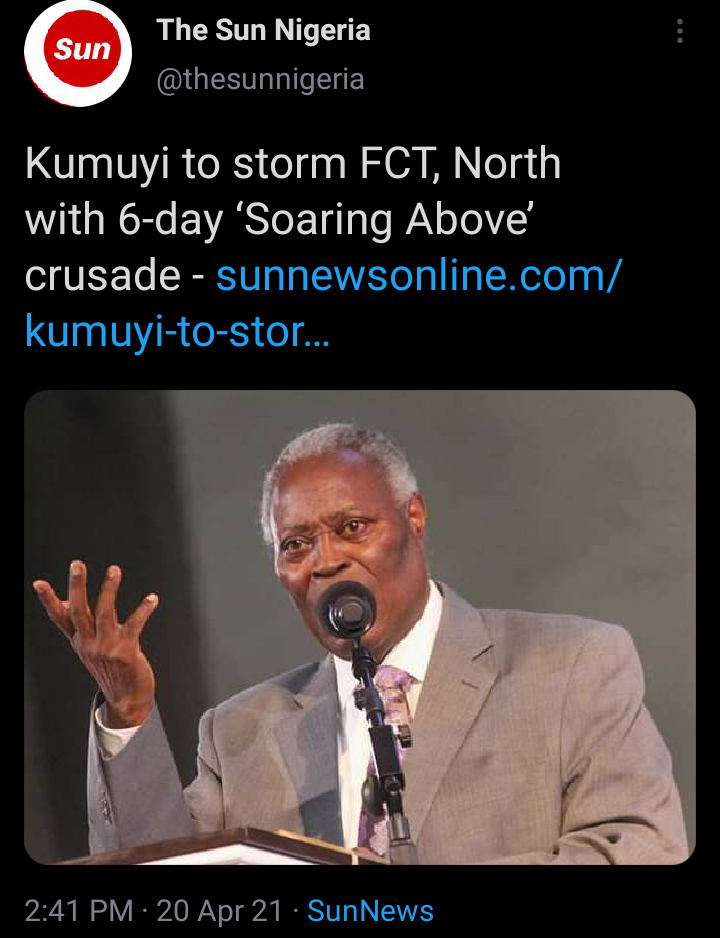 The General Superintendent of the Deeper Christian Life Ministry, Worldwide, Pastor William Kumuyi, is set to storm the Federal Capital Territory (FCT) and the 19 northern states with the 6-day ‘Soaring Above’ crusade.

This was made known in a statement signed by the State Overseer, Deeper Life Bible Church, FCT, Pastor Femi Elijah Adebiyi, where it was made known that the Crusade is holding from Thursday April 22 and ending on Tuesday, April 27 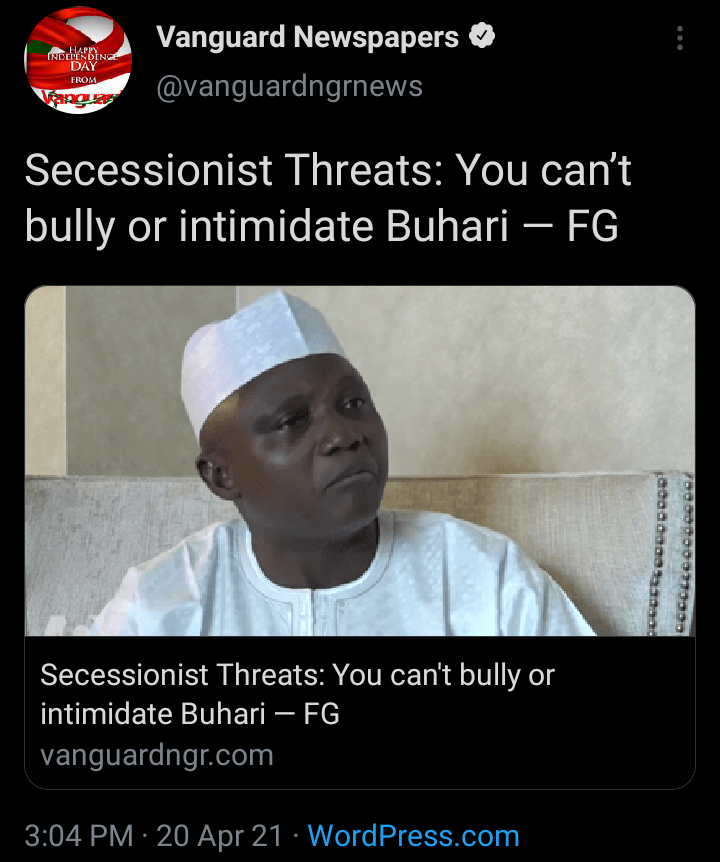 The Presidency on Tuesday reacted to the growing wave of secessionist agitations in some parts of the country, stating that President Muhammadu Buhari cannot be intimidated or bullied into giving in to the threats of such agitators.

Describing them as mercantile agents who are only out for pecuniary gains, the presidency said Mr Buhari would not open the vaults to share free money with anyone.

Senior Special Assistant to the President on Media and Publicity, Mallam Garba Shehu stated the government’s position on Tuesday in Abuja while giving a scorecard of the Buhari administration at an event organised by the All Progressives Congress APC Professional Forum which held at the national secretariat of the party. 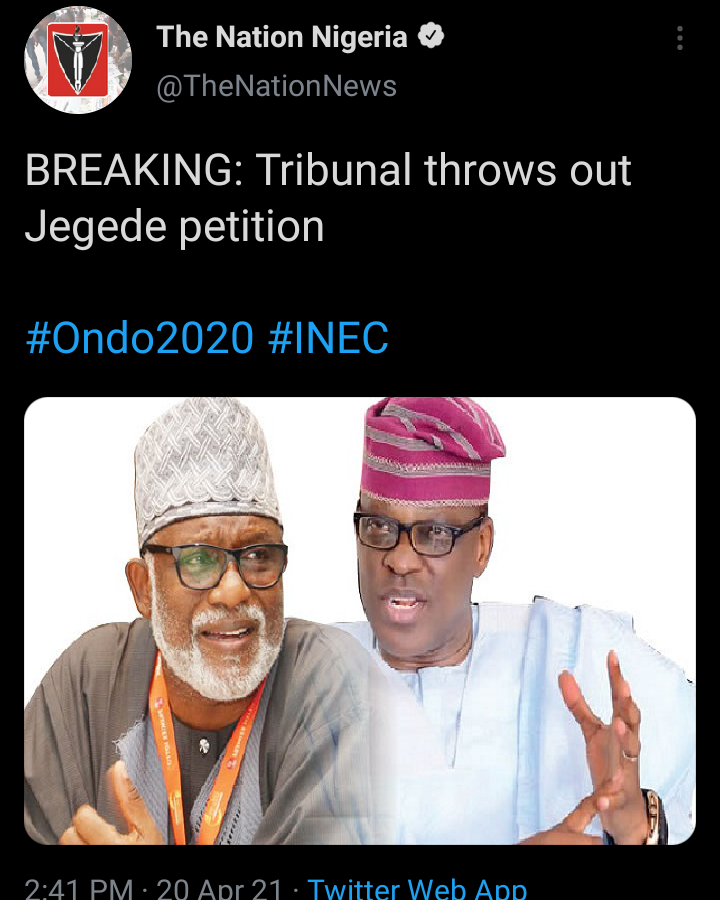 The Ondo Election Petitions Tribunal sitting in Akure has thrown out the petition challenging the victory of Governor Oluwarotimi Akeredolu in last year’s governorship election.

Candidate of the Peoples Democratic Party(PDP), Eyitayo Jegede, had filed the petition seeking to be declared winner of the election on the grounds that Governor Akeredolu was not properly nominated by the All Progressives Congress(APC).

But the tribunal headed by Justice Abubakar Umar struck out the petition for want of Jurisdiction.

Justice Umar, who delivered the judgment via Zoom, said Jegede has no justification to interfere in the internal affairs of the APC. 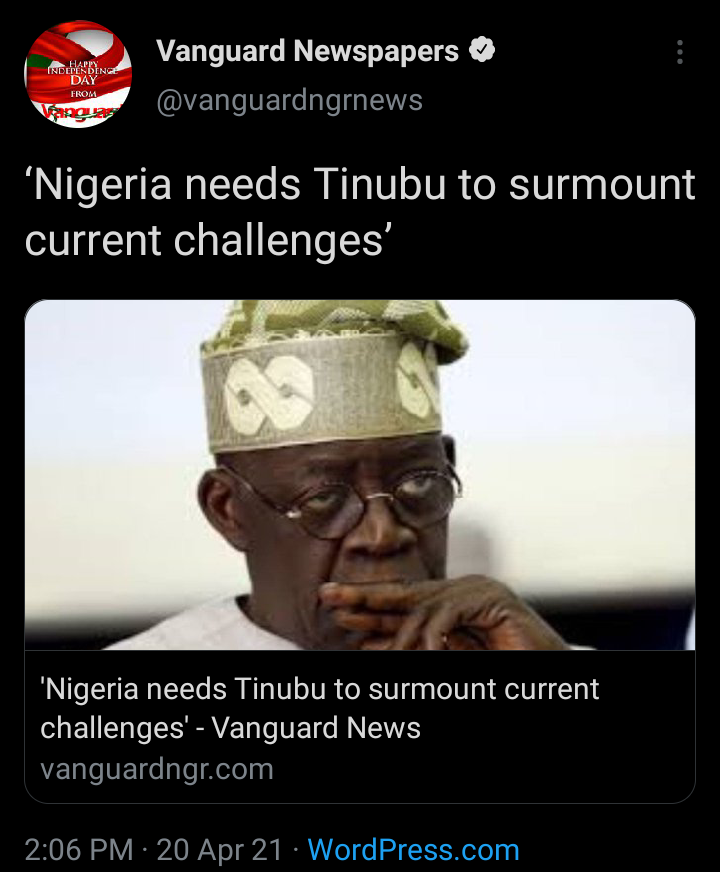 The Network for National Stability (NENSTAB) has said the challenges confronting Nigeria today require the experience and capacity of the National Leader of All Progressives Congress, APC, to surmount them.

It also extended its felicitations to Tinubu who turned one year shy of a grand septuagenarian recently, describing him as a man with borderless charity, deep in leadership deposits, and blessed with a fecund national stamina.

In a statement issued by the Executive Secretary of the group, Steve Ugwu, the group said: “It is our considered respect to join other well meaning Nigerians to felicitate with a man whose page in politics, governance and leadership is carved in refined consistency for national stability and a ringing thirst for a better Nigeria. 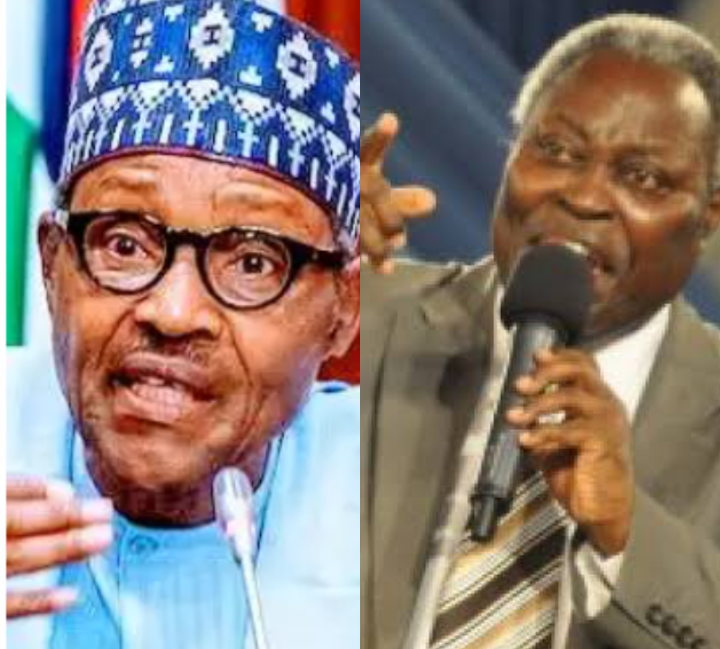 Two members of the Ekiti APC have been suspended for allying with a pro-Tinubu organization.

Saraki Calls for New Policies in Nigeria, Says the Youths Must be Carried Along

Woli Agba and Kennyblaq battle it out on stage as they dance together,fans react (Video)