As A Yoruba Man Living In the North, I Am Not in Support of What I Am Seeing In This Video 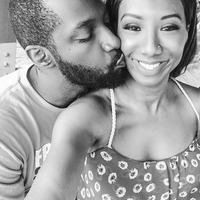 After Shasha violence on Friday, there were reports that 20 persons were buried and over 5000 persons were displaced. Many of which are Hausa residents in Ibadan. Well it was a nice thing that the Yoruba people are fighting against what criminals are in their land but I don't expect that it extends to peaceful Hausa people who are going about their business.

After watching a Twiiter video of Hausa people been forcefully evicted out of Yorubaland, Oyo state precisely it got me sad. I began to feel for them because most of them have been living their for years even some were given birth to there and they don't even have a home apart from the one they are being evicted from.

See screenshots from the video 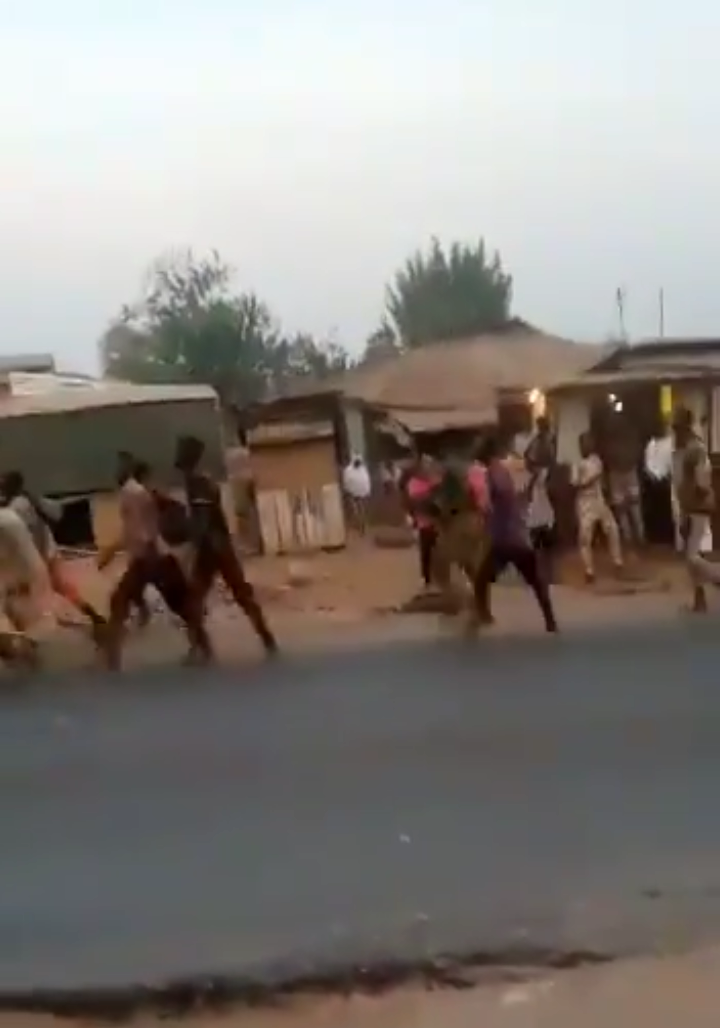 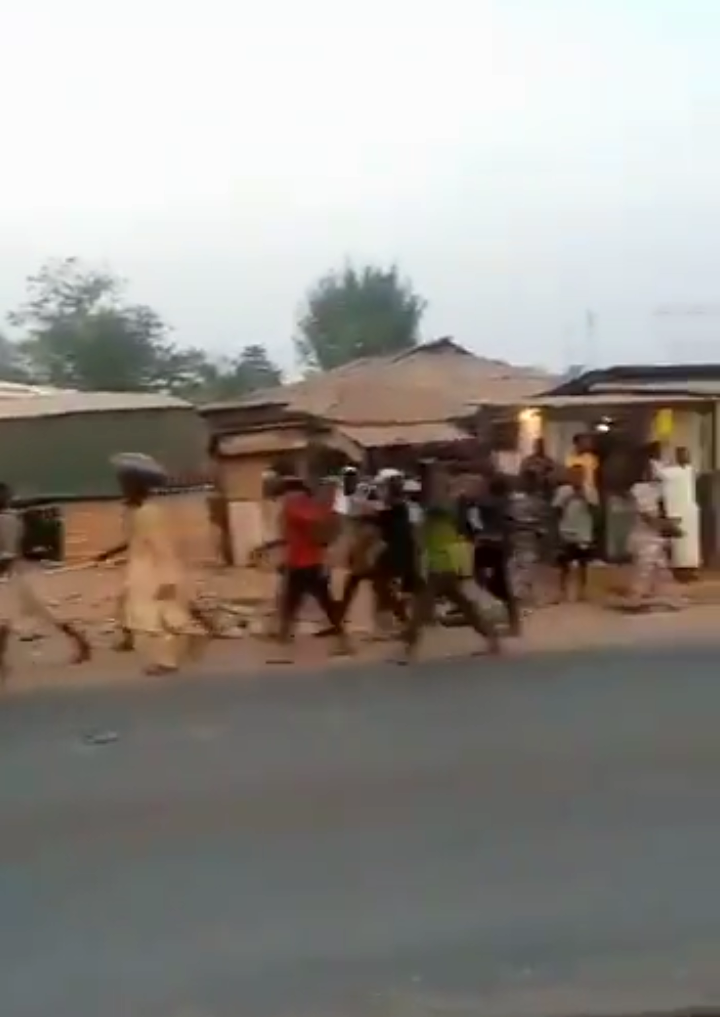 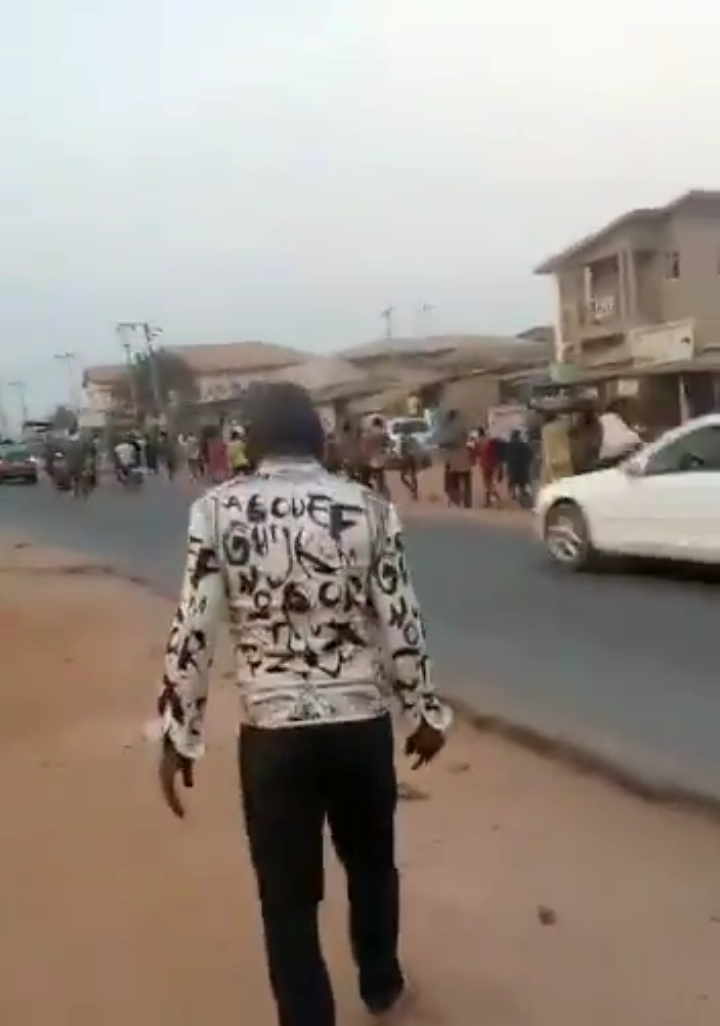 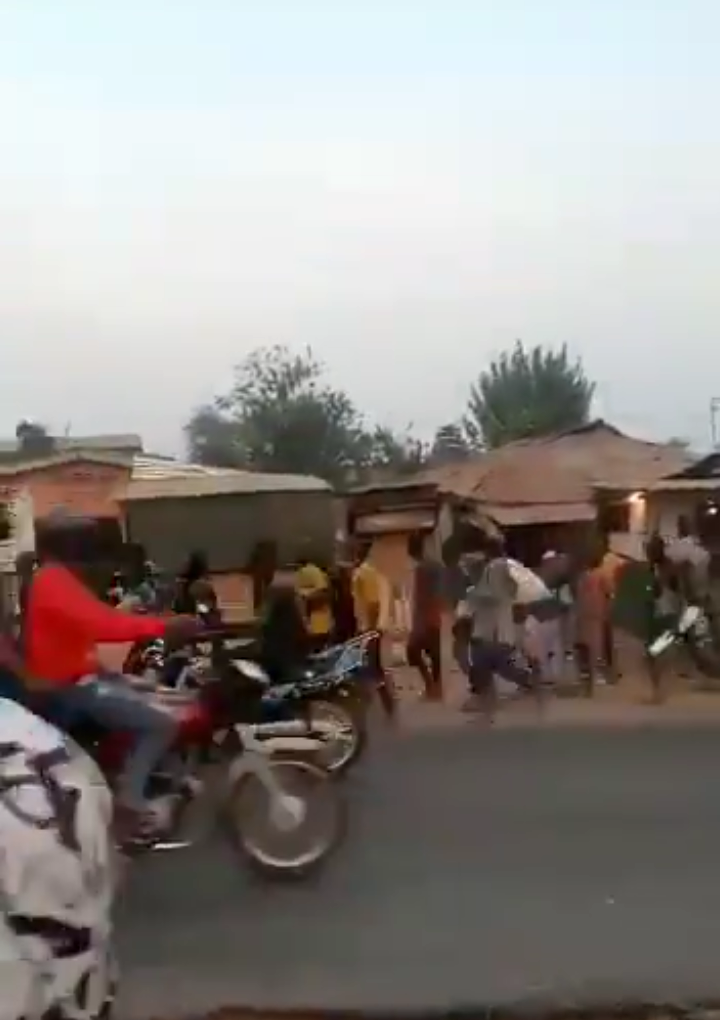 The video was posted by one Yoruba activist, Kayode Ogundamisi calling out Amnesty International to intervene. In the video, I overheard some Yorubas (in the background) laying curses on the helpless Hausas who may have not been part of the alleged criminalities in the state.

I learnt that what led to the violence was because of a Yoruba woman that was assaulted by a Hausa person in the Shasha market. However, it is not worthy of note that over 5000 Hausa residents will be chased out of their relief zone and had to be seeking for refuge at their Sarkin's home.

Here is what some Yoruba folks who are also not satisfied with the situation are saying. 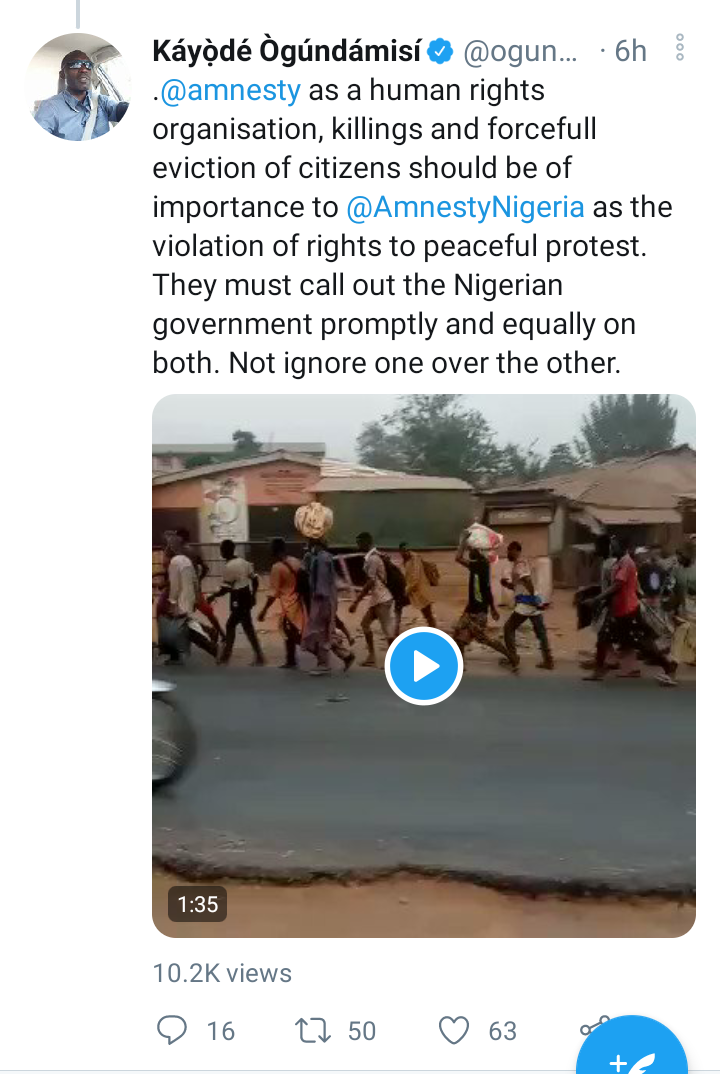 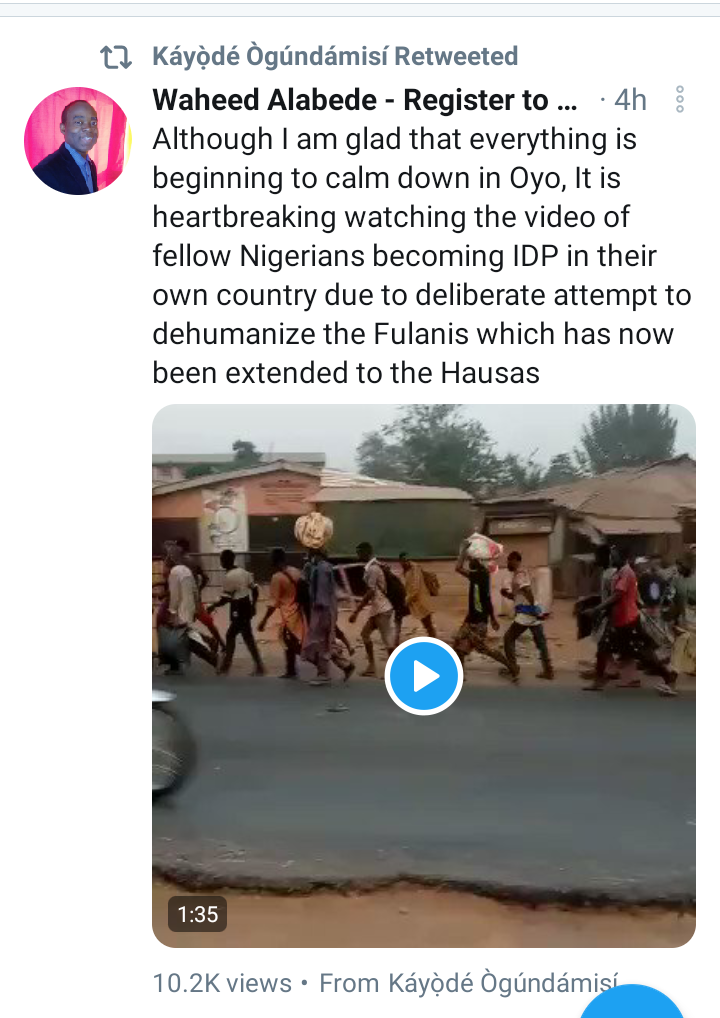 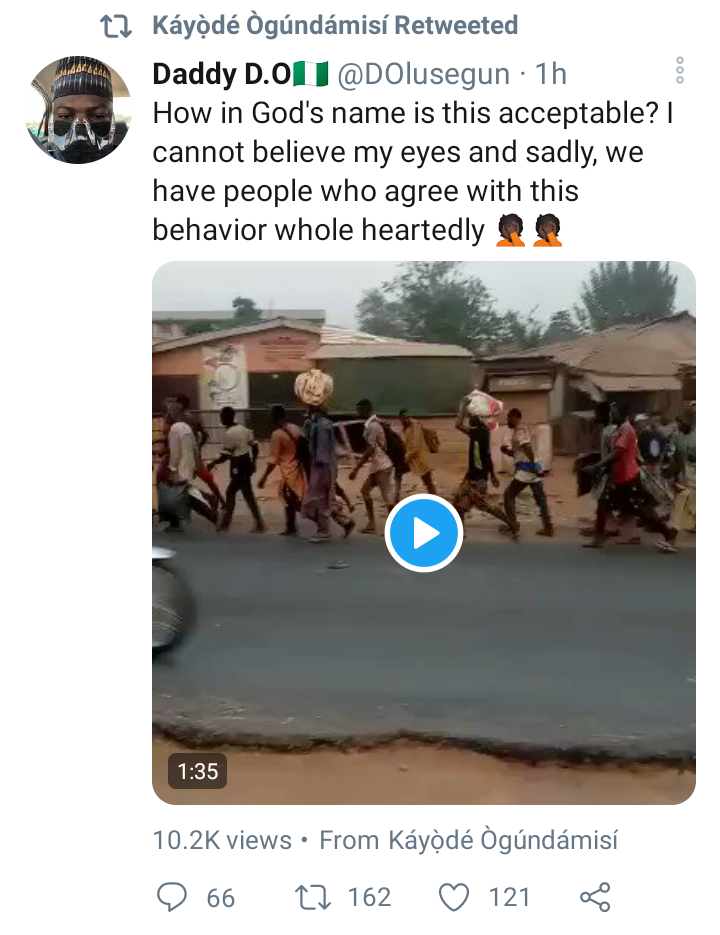 In conclusion, as a Yoruba I am not happy that our land is perpetrated by criminals, but chasing out innocent people doesn't sit well with me. I am a Yoruba living in the North and I can't imagine the situation if it was a reverse case.

auchi polytechnic cut off mark download davido ft chris brown blow my mind video nigeria peace corps latest news top 50 highest currency in africa victor ad new song
Opera News is a free to use platform and the views and opinions expressed herein are solely those of the author and do not represent, reflect or express the views of Opera News. Any/all written content and images displayed are provided by the blogger/author, appear herein as submitted by the blogger/author and are unedited by Opera News. Opera News does not consent to nor does it condone the posting of any content that violates the rights (including the copyrights) of any third party, nor content that may malign, inter alia, any religion, ethnic group, organization, gender, company, or individual. Opera News furthermore does not condone the use of our platform for the purposes encouraging/endorsing hate speech, violation of human rights and/or utterances of a defamatory nature. If the content contained herein violates any of your rights, including those of copyright, and/or violates any the above mentioned factors, you are requested to immediately notify us using via the following email address operanews-external(at)opera.com and/or report the article using the available reporting functionality built into our Platform 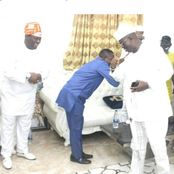 Keep Your Palliatives, We Won't Return Until Security Improves — Ogun Villagers Who fled to Benin 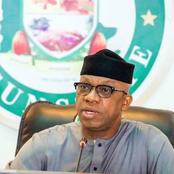 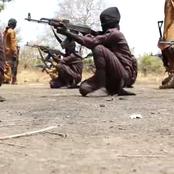 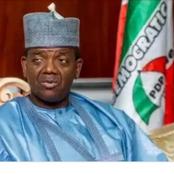 Exclusive: The 317 Kidnapped Schoolgirls In Jangebe, Zamfara have Been Freed 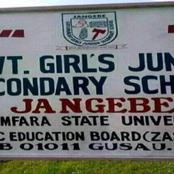 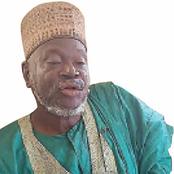 The Kidnapped Schoolgirls Of Jangebe Have Just Been Released Here is when Covid-19 vaccine will arrive Nigeria, and the first set of people to take it 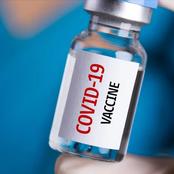 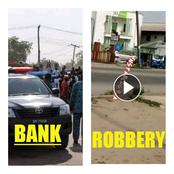 After Taking His Cock To Fight, This Man Was Killed By His Cock 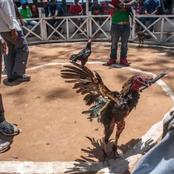