Flying Officer Tolulope Oluwatoyin Arotile was born on 13 December 1995 to the family of Mr and Mrs Akintunde Arotile in Kaduna state.

She hail from Ijumu Local Government Area of Kogi State.

She was commission into the Nigerian Airforce on the 16 September, 2017 as a member of the Nigerian Defence Academy Regular Course 64.

In October 2019, the Nigerian Air Force decorate her as the first female pilot into the service in 55 years.

According to the statement from the Airforce, the young flying officer die from head injury which she sustain from the road accident which occur at NAF base Kaduna.

During her short stay for the service, the Nigerian Air Force say late Arotile contribute well to destroy armed bandits in North Central States and other criminal elements by flying several combat missions under Operation GAMA AIKI in Minna, Niger State and many more.

Indeed, she is a grate loss to entire Nation. 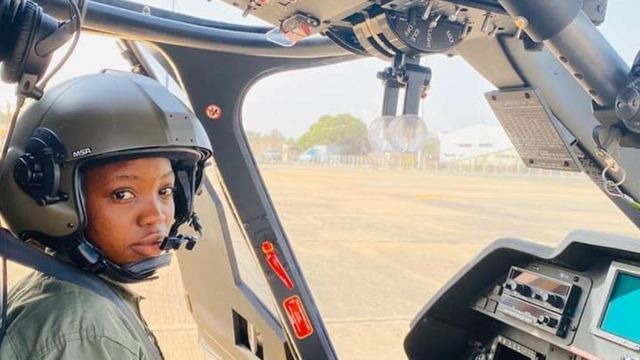 Content created and supplied by: Amiable990 (via Opera News )