By Eaglemedia (self media writer) | 2 years ago

Northern leaders for the first time since the agitation for resource control started have formally thrown their weight behind the struggle for the restructuring of Nigeria.

According to Vanguard, On 13th October, 2020, some northern leaders sent a memorandum to the National Assembly Committee on the Review of the 1999 constitution seeking the restructuring of Nigeria.

The leaders who described themselves as friends of democracy called for the return of the country to the 12-state structure of 1967 and also to give these states full control of their resources. The Northern leaders said the 12-state structure "is the most viable option for Nigeria at the moment and in the forseeable future".

Due to agitation for recognition by some minority groups, the mid-western region was created from the western region in 1963 to make the nation's federating units four. The four regions were further split into 12 in 1967. 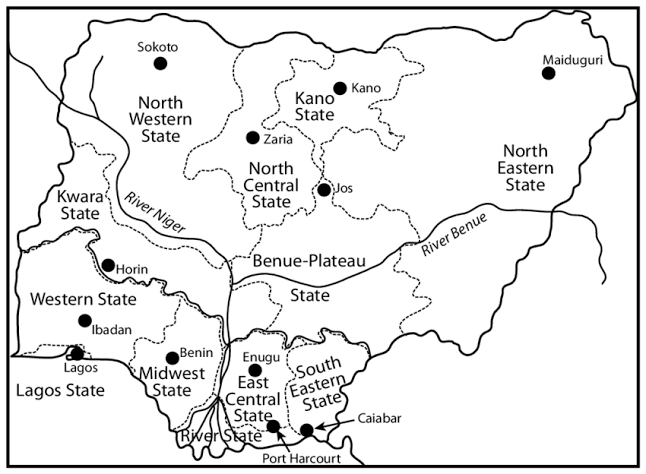 What led to the creation of the 12-state structure?

In 15 January, 1966, there was a coup d 'etat plotted by Major Chukwuma Kaduna and Emmanuel Ifeajuna who were of the Igbo extraction. In the coup many Northern leaders were killed. Amongst the leaders were the prime minister, Sir, Abubakar Tafawa Balewa, and Ahmadu Bello, the premier of the Northern Region.

There was a counter coup in July 1966 that led to the military head of state, Aguiyi Ironsi being killed. This second coup led to some officers installing Yakubu Gowon as the new head of state.

After Gowon became the new head of state, he was faced with secession threat from the Eastern region. To weaken the support base of the eastern region, Gowon made a decree for the creation of 12 new states to replace the regions.

In the proposals of the Northern leaders calling for a return to the 12-state structure, the 12-state shall be designated as regions with full control of resources. They also recommend that the regions shall have the powers to create and maintain local government as they desire.

What's your take on this? Do you think the proposed 12-state structure would bring lasting solution to Nigeria's problems? Let's have your views.