By Jaywebmedia (self meida writer) | 19 days

The race for 2023 will be determined by many factors, just like the 2015 presidential election, one of the fact that goes against Goodluck Jonathan in 2015 was the insecurity in the nation especially in the North part of the country.

One of the leading presidency candidate Is Bola Ahmed Tinubu, but as some Elders and Sunday Igboho are advocating for Yoruba Nation (Oduduwa). 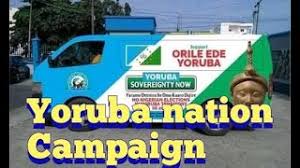 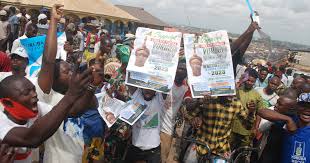 Sunday Igboho has been one of the key man fighting for the Yoruba Nation, although it may not be possible in the next 50 years just like IPOB is still fighting for their nation since 1967, the fight has only brought more trouble to them, just like less involvement in politics and other things in the country in the region.

Sunday Igboho advocating for Yoruba Nation will affect Tinubu Presidency Ambition, although it may not stop him from becoming the president in 2023. It would have been good if Sunday Igboho is the only one advocating like before, but now educated people have joined the campaign for the Yoruba Nation.

How Sunday Igboho and other elders advocate for the Yoruba nation will affect Tinubu Presidency Ambition. 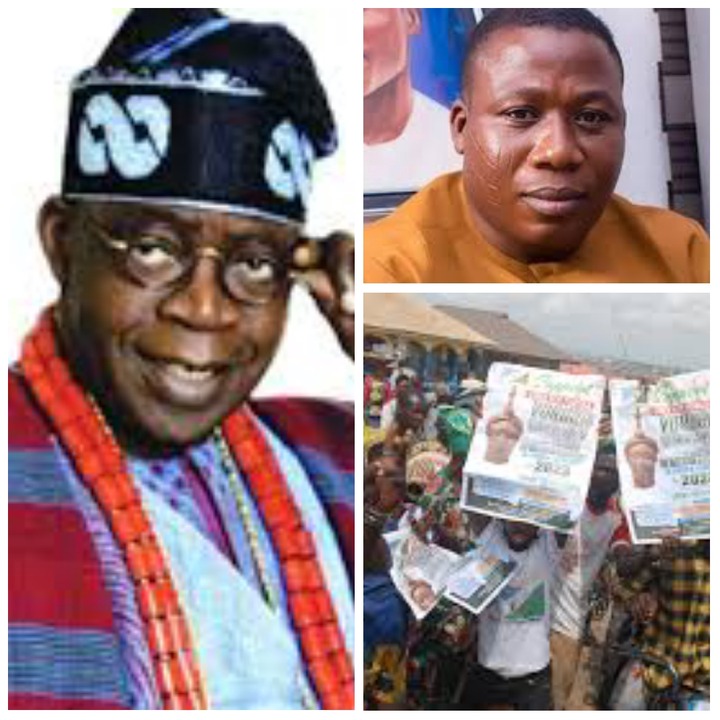 Before Senator Bola Ahmed Tinubu presidency can be well accepted throughout the nation, at least he should have the support of his tribe, but it only funny that people from his tribe are the people who campaign against the oneness of the country, and advising people not to vote or bother themselves with the politics of the country. Even some are pointing finger against him that he is acting only for his Selfish ambition.

One of the problems that Bola Ahmed Tinubu, will face in 2023 if Sunday Igboho continues to advocate for the Yoruba Nation is that his opponent from another tribe will uses it against him. And apart from Sunday Igboho advocate for Yoruba Land, TInubu's statement in 1997 in a Newspaper will also be used against him. In the newspaper, he said he does not believe in one Nigeria in that year.

Here is the picture of the Newspaper. 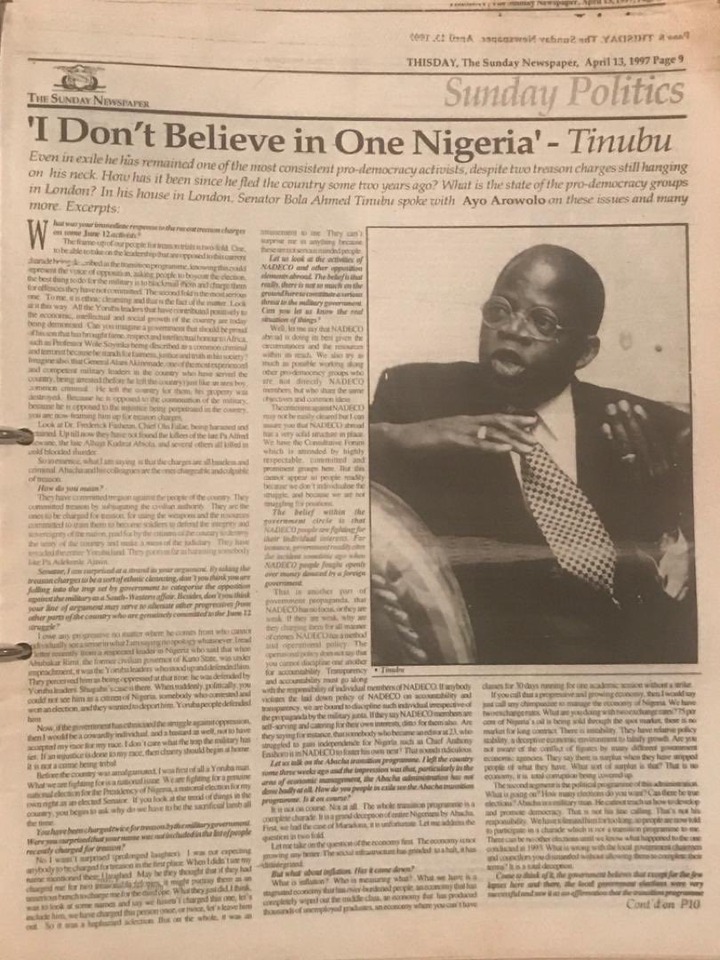 What can he do and turn his disadvantage into a Advantage for him.

Charity begins from home, if Bola Ahmed Tinubu does not want Sunday Igboho should disturb his presidential ambition, he should find and convince him to stop advocating for the Yoruba Nation, and let him know the benefits of been together as a country with other tribe in the country.

Bola Ahmed Tinubu needs to show the world that if he becomes the president he will able to convince the other tribe, and work together with them to move Nigeria forward and to be great. 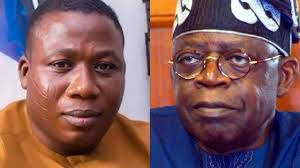 In 2023, Nigerians will only want to vote for a candidate that is capable and has shown how he promote the country unity and make all the tribe live together as one like before.

Did you think Sunday igboho and other elders in the Yoruba land advocating for Oduduwa nation will affect Bola Ahmed Tinubu's presidential bid in 2023? Let me hear your idea in the comments section.

IPOB Is Planning To Attack Lagos State, We Are Going To Neutralize Them - Lagos State Police

Opinion: 2 Top PDP Politicians That Should Defect To APC Before 2023