By IrorunWrites (self media writer) | 12 days ago 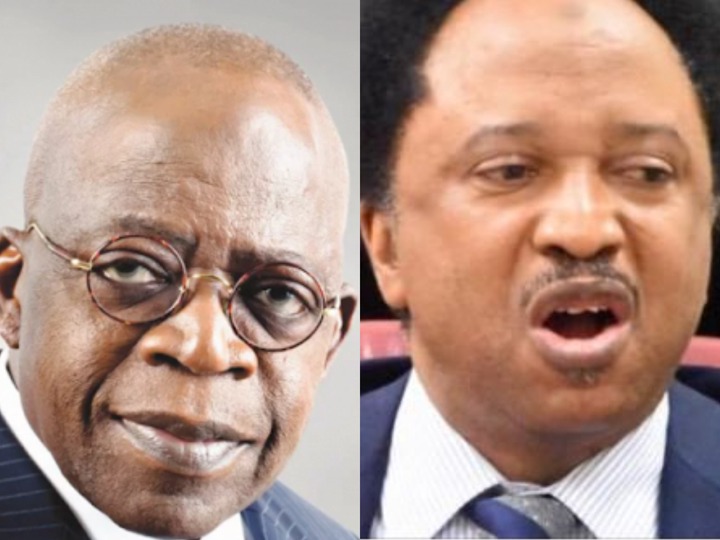 The distinguished Senator Shehu Sani, who before now represented the people of Kaduna Central Senatorial District between 2015 and 2019, was on his Twitter handle to make comments over the news report that the current national leader of the ruling All Progressives Congress donated a whopping ₦50 million to the victims of bandits attack in Bukkuyum and Anka Local Government Areas of Zamfara State as he charges Dele Momodu to do same for victims of Niger and Kaduna bandit attacks.

The Channels Television had on Thursday reported that Bola Tinubu, who recently declared his 2023 presidential ambition to President Muhammadu Buhari in Abuja, announced a relief fund of ₦50 million to the families of fifty-eight people killed and other victims of last week banditry attack. Tinubu in company of other

In a Tweet on Friday, Senator Shehu Sani said that Jagaban donated ₦50 million for the victims of Zamfara and that he is trying to call on another presidential aspirant, Dele Momodu to inform him to also make donation to the victims of bandit attacks in Niger and Kaduna States. 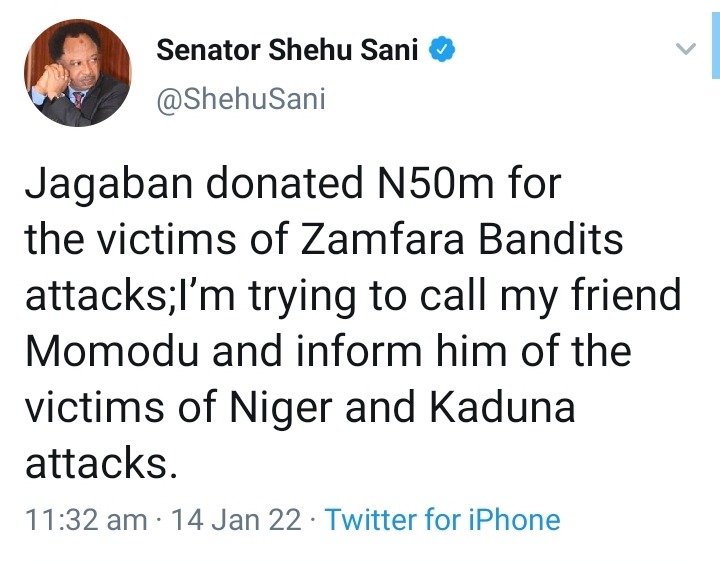 This is indeed a good observation by the Senator because the era of deceiving people into voting for them by being good when election year is approaching.

While it is true that politicians should be commended for their cash gestures to victims of violent attacks, it is high time they should try to extend this to other victims of unpleasant happenings in other regions; be it in the South or North.