Stages of passing a bill into a law in the parliament

This is the stage at which the draft of a bill is presented to the clerk If the house by a minister or a member of the parliament depending on the type of the bill, The clerk If the house normally notifies members of the parliament about the presence of the bill, and the title is read out before them. It will be printed out in leaflets and circulated to all members for them to study before thee second reading which the date will be fixed. 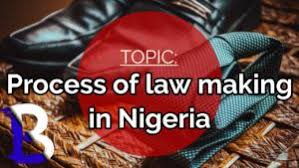 At this stage, the purpose of the bill is explained to the house by the

person who brought it. Members of the house will then debate or argue for or against the bill whether it should be read a second time. It will be put into vote and if more members vote for the bill, It will move to the next stage and if not, that will be the end of the bill. 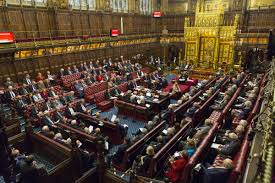 The bill at this stage is referred to the committee can be a committee of the whole house or standing committee, depending on the importance of the bill.

Speakers of the house of he president of the senate, the bill considered section by section and amendment proposed and voted form, important bills are referred to

At this stage, all the finding of the various standing committee are reported to the house or the bill placed before the house, after all the necessary amendment

have been made, the chairman or the speaker of the standing committee then reads the bills in it's amendment form to the house. 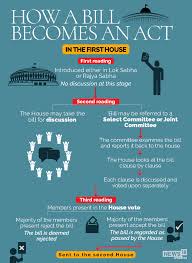 At this final stage, errors connected with the drafting or amendment. A final vote is also taken on the bill at

this stage, before it is taken to the president for his assent or signatures, after the bill has passed the five stages in Both The House Of Senate And Representatives And The President has signed,the bill automatically becomes a law.

Photos: 3 Beautiful Places In Kaduna State You Can Visit For Vacation And Tourism

Kaduna Airport Shut Down As Aviation Workers Embark On Strike

“Governor Wike Should Mellow Down, No One Is Against The Ban On Open Grazing” — Adamu Garba

Reactions As Senator Shehu Sani Said Nigerian League Has Players Who Are Better Than Messi, Ronaldo