By Mrkunmee (self media writer) | 2 years ago 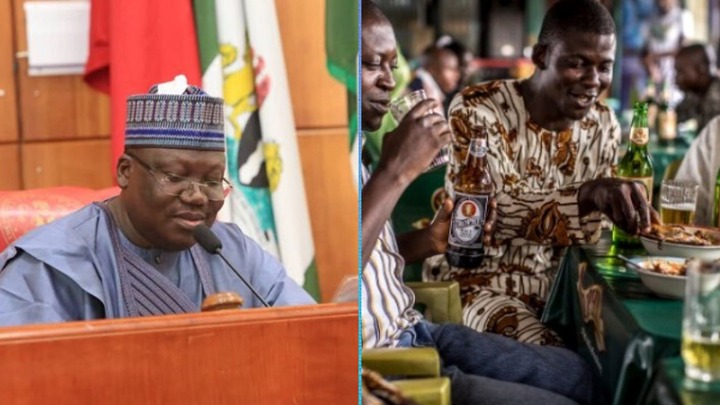 Nigeria Senate President Ahmed Lawan debunk the rumor which spreads that he will be contesting for the post of President come 2023. This rumor got him voice out and debunk the fact he will be going for any position after his term have finished.

Ahmed Lawan who is a politician and the current senate President of Nigeria under the political party All Progressive Congress from Yobe North Constituency. The Senate the facts that he will be going for president in 2023. This was brief by his special adviser on media, Mr. Ola Awoniyi.

He came out to debunk the rumor of getting a ticket for the president sit after the tenure of President Muhammdu Buhari elapsed, an claimed it is too early for him to execute such plans with the current situation Nigeria is facing.

The source which was leaked in a beer parlour conversation which was considered to be a gossip and should be treated with contempt which it and those who concocted it deserves. In 2015 Ahmed Lawan ran for the senate president after APC zoned the position to the north eastern Nigeria based on the party's power sharing formula among the six geo-political zones at the time.

The zoning meant that only senators elected on the platform of the party (APC) from the six states in the north east could run for senate president.

After consultations with critical political stakeholders and senators elect from the north east, Ahmed Lawan was endorsed and presented to the national leadership of the party who anointed him as the candidate of the party for senate president.

The APC zoning arrangement prevents other senators elect who are form other zones from contesting for the seat. But senator Bukola Saraki from Kwara State, north central disagreed with the party's arrangement saying all qualified candidates should be allowed to exercise their constitutional rights to run for positions of leadership of the Nigerian Senate.

Content created and supplied by: Mrkunmee (via Opera News )