Why is Nigeria a rich country, meanwhile the rest of Africa suffers? 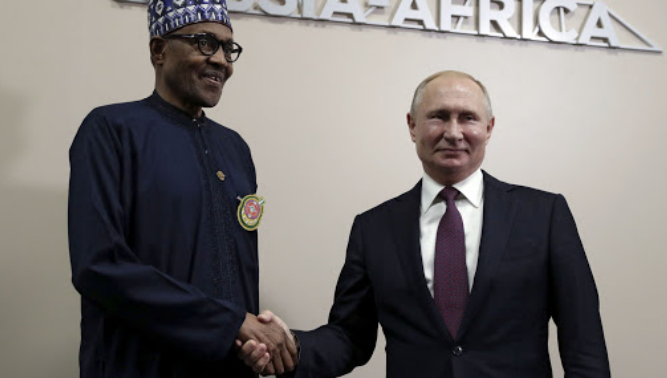 A rich country but what means? Resources or overall GDP, probably. But if it's in terms of GDP per capita or even overall standard of living, they aren't rich by any means, nor even the richest in Africa. Nigeria are currently ranked in 131st place in terms of GDP per capita, ranked below African countries such as Botswana, Morocco, Algeria, South Africa, Cape Verde and Angola. This in turn gives room for a huge socio-economic gap between the rich and the poor. Up until 2017, over 80 million people in Nigeria lived in extreme poverty, from a universe of around 190 million people. That's around 40% of their population. That's a lot.

Nigeria as a country is rich with oil and other minerals like coal and the likes.. Nigeria has a population of over 200mill people and less than 1mill people consider themselves rich… they rest wallow in abject poverty or are in the middle class. So they cant be the richest country. Let me digress a little. When It comes to Education- Nigeria cant be the richest. Education is for Zimbabwe.. 95% of the population are graduates or have a higher degree. Kenya is rich in architecture and amenities for its populace.

Nigeria is an average African country performing averagely according to 3 indicators I have written above. Nigeria as a country maybe rich due to its high GDP but due to its big population, the GDP becomes far stretched and is not enough for all her citizens leaving 50% of her population living in extreme poverty as per defined by the World Bank. 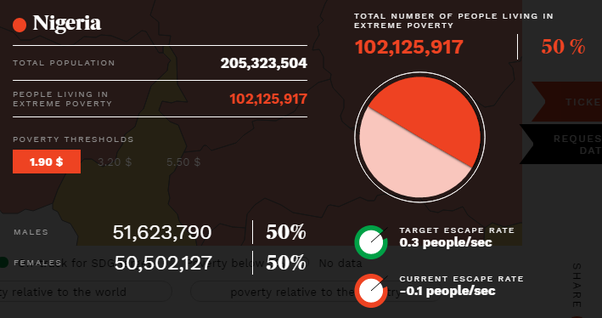 If Nigeria is an example of riches in Africa then the whole of Africa people should jump into the sea. the country is rich in terms of human capacity or population and natural resources. however that is where you have the very richest in Africa living with 95% of the very poor in Africa. Here is a video to explain to you the riches of Nigeria taken from the very region of the country that have always been in power and looting government treasury dry. Almajiri boys are ready recruits into terrorist groups like Boko haram, isis in west, Fulani herdsmen, and more about five of such terrorist groups. this video is from one of the northern states city and you see such in over 10 states of the north.