5th May 2010: The Day Nigeria Was Brought To A Stand Still (Remembrance)

By EdwinKenechukwu (self media writer) | 1 year ago 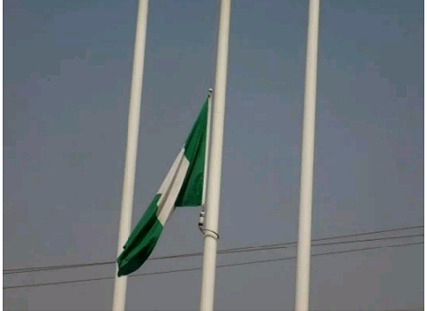 5th May 2010, that is the day the day Nigeria was brought to a momental halt, the day the National flag was lowered momentarily. So many people were wailing, children were confused, grand mothers and fathers were asking questions; what actually happened? 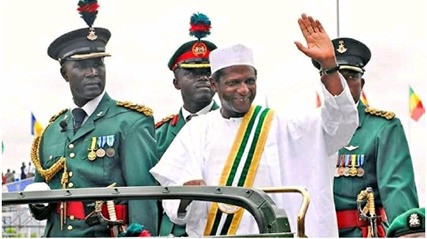 It was the day the second Democratic president of Nigeria died, the day he bid us farewell all the way from Aso rock villa. For people of Nigeria, receiving the news was like receiving a death sentence, a sentence of no return. In the early evening of Wednesday 5th May 2010, the death of Nigeria president was announced, the announcement was a tragic one, an announcement that baffled virtually all the citizens of the country. 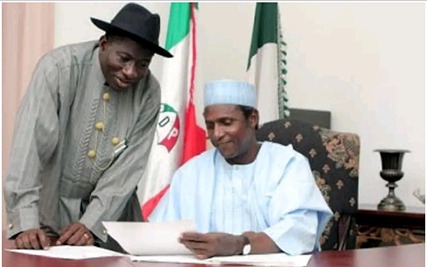 He left Nigeria in November 2009 to Saudi Arabia on grounds of medical check-up. He remained in Saudi Arabi until February 2010. Before he returned, His deputy Goodluck Jonathan was already the acting after a decree was passed by the senate.But returned to office after returning to Nigeria, and remained there till his painful death in May 5, 2010.

Tributes were flying in from so many countries ; from USA, London, Cameroon our neighbours, Germany, Spain, China, India, Ecowas and so many other countries. A seven-day mourning was declared by the acting president Goodluck Jonathan in a bid to ensure that a due last respect was given to him. Even though his death did not come as a surprise giving his health status since he entered into office, yet people responded to his death with so much shock and bitterness that left so many questions behind. 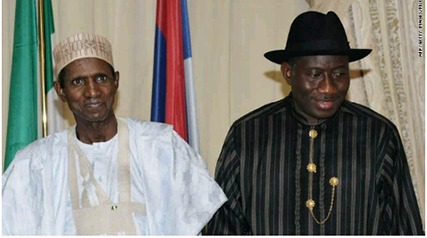 In the words of the then President of United States Barack Obama, "He was committed to creating lasting peace and prosperity within Nigeria's own borders, and continuing that work will be an important part of honoring his legacy." Those words of Obama summarized Yaradua’s commitment to ensuring a long lasting peace for Nigeria. 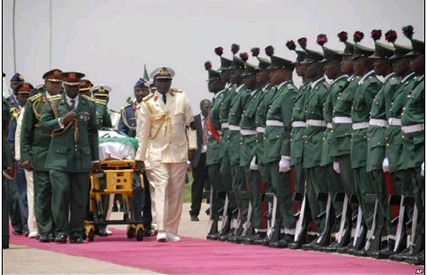 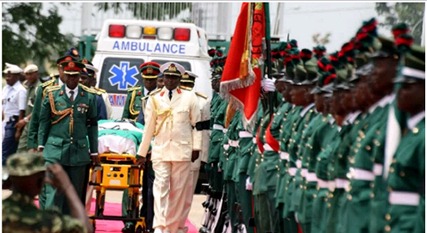 If there was somebody his death pained so much, it must be his deputy Goodluck Jonathan. Despite being presented with the opportunity of becoming the President, Goodluck Jonathan still showcased his sincere bitterness and feelings over his boss death. "Nigeria has lost the jewel on its crown and even the heavens mourn with our nation tonight. As individuals and as a nation we prayed for the recovery of Mr President. But we take solace in the fact that the Almighty is the giver and taker of all life." That is the words of Jonathan.

He was later buried the following day according to Islamic burial right ; without casket, without gold, just wrapped with a local mattress and lowered to six feets. The burial was just so simple, but yet memorable in the hearts of Nigerian people. Up till this day, so many Nigerians still remember the date by heart. 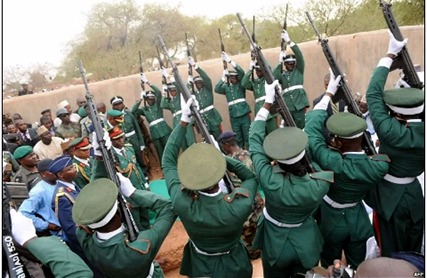 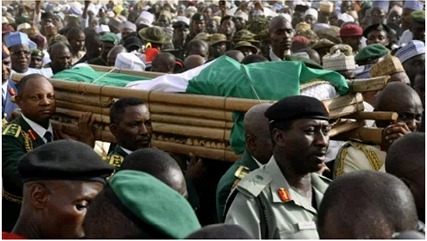 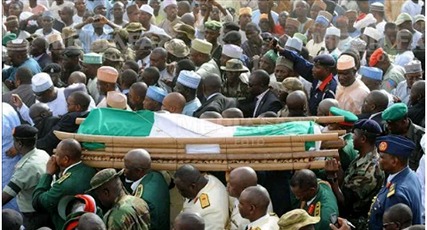 Umaru Musa Yara’dua was also a former governor of Katsina state from 1999 to 2007, before he proceeded to succeed Olusegun Obasanjo as the new president of Nigeria in 2007. He is revered by so many as the best Democratic President of Nigeria, and when his government is analysed, so many will agree to that.

His cool and simple nature was evident during his 3 years in office. A president that always wanted the good of his people. His presidency centered on Critical infrastructural development in power, energy and transportation, development issues in the Niger Delta, Wealth creation through diversification of the economy and source of government revenue, human capital development, review of land tenure regulations towards a reform oriented goal, security and food security.

There is no doubt that he worked for Nigeria. He did so many things that most of government officials cannot do. He rejuvenated the hopes of Nigeria, and for that reason, he will never be forgotten. His name have been glued to the history of Nigeria. 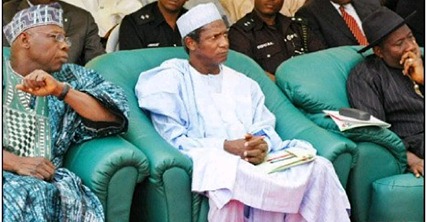 Thanks for reading, do you have anything to say?