By linknaija (self media writer) | 11 months ago

The All Progressives Congress (APC) State Caretaker Committee chairmen have protested to the party's national leadership about the ill-treatment they receive from their state governors, claiming that they have been used and dumped. 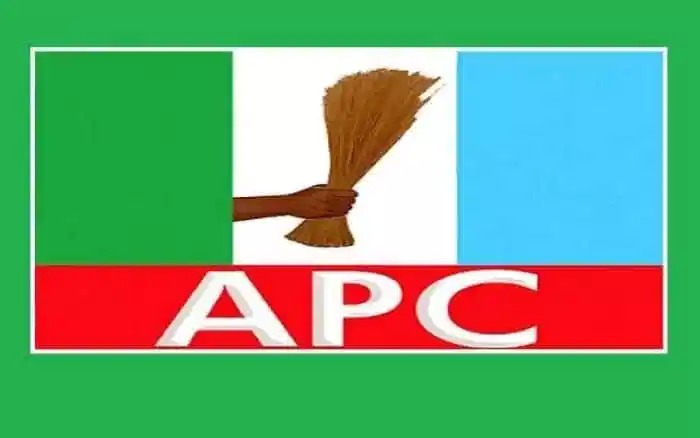 Hon. Ali Bukar Dalori, Chairman of the APC's Forum of Caretaker Chairmen and Borno State Chairman, complained of neglect at a meeting between the party's national leadership and state caretaker committee chairmen in Abuja on Friday.

“Today, we are really satisfied and proud of the way you people are guiding the party,” he remarked during the gathering. It's something we're quite proud of. The Caretaker Committee brought three executive governors to our party, which is why I said this.

“As well, your Excellency, allow me to express my rage and concern. I said this because I am publicly dissatisfied with certain of our governors. He joked, "I stated this because they utilised my chairmen and dumped them."

“Permit me to begin by praising our party's leader, President Muhammadu Buhari, for keeping the ship of our stateship on course through difficult circumstances.

“When a country experiences adversity, a leader's courage is tested, and our dear President has demonstrated unmatched leadership in the face of global economic depression, low revenues, and artificial instability.

“He deserves our full support as he continues to create infrastructures in the face of adversity. He just laid the foundation for the Kano-Kaduna rail project yesterday. We should also applaud the inclusion of many Nigerians in the social safety net. May God continue to bless and sustain him for the sake of Nigeria,” he stated.

Despite the fact that he did not specify the party, he seemed to be referring to the Peoples Democratic Party's National Chairman (PDP).

“May I also express the warmest wishes of our great party's National Chairman of the Caretaker Committee, Hon. Mai Mala Buni. This party is really fortunate to have a man like him at the helm at this moment.

“At a time when some other party leaders are claiming that their own National Chairman is a liar, we in the APC are fortunate to have a very focused leadership, who is cool and collected, who is honest, and who is generating amazing successes day by day,” he said.

“Under his leadership, the party has achieved key goals that others may have thought impossible in a short period of time.

“The registration for membership has been a fantastic success. Off-cycle elections have been won in 99 percent of the states/constituencies that have come up.

“Our party's constitutional revision process is now complete. The peace has returned to the party, which has aided in its expansion.

“The party has risen from strength to strength, as seen by the addition of three governors, past governors and previous Speakers of the House of Representatives, serving and non-serving Senators, and others to our ranks. “And there will be more,” he added.

“As you are aware, the Congresses of our party will begin shortly, it became vital that we brief you as a First-Line-Charge, on the intricacies of the exercise and what is required of you,” the party's chief scribe said of the much-anticipated Congresses.

“On behalf of the CECPC, I'd like to express my gratitude for the job you're doing in your states, particularly in terms of membership registration and peacekeeping.

“Although we have received concerns from various states about how the registration process was handled, we will not generalise it and will look into ways to avoid it from happening in the future.

“This exercise is critical to the party's advancement, and we must get it right. A lot is riding on you, the person sat here. No form hoarding will be tolerated.

“Because this is a family affair, the party encourages all stakeholders to foster consensus arrangements. In our party, it is also a constitutional clause. “All stakeholders in each state should be consulted while forming Local Organizing Committees and selecting ad hoc officials,” he stated.