See what people are saying after Magu was released from detention yesterday. 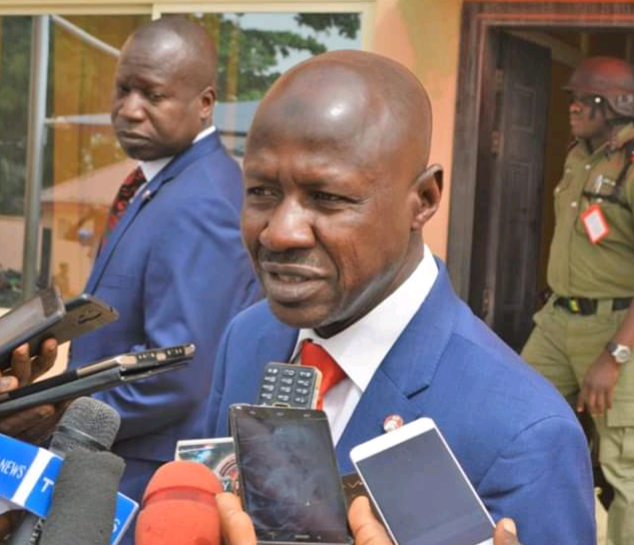 Adeyemi Samuel says am very sure this is the end of Magu's case.

Lateef Oyelakin says you believed allegation against malami is false even without commencement of investigation, but believed that of Magu is true even though investigation is on going. Better allow your conscience to guide you right.

Emmanuel Ukpong says whose brain do you people think you're using? All this distraction is of no consequences after all. Now a new era for a new looter. I have always known that non of you have repented. With all of your antecedents, you can never fight corruption. If you try to dare Magu beyond what you've done already, he'll mess all of you up. Because you are all the same. Shameless thieves deceiving the gullible.

Mark Oyinma says better, it would enable him to get and gather all the necessary documents to counter whatever accusations are level against him. No one is guilty until proven, therefore my reservation not to fall prey to Malami's one corruption finger pointing to Magu while his other four fingers may corruptly be pointing at him.

AB Darlings says his freedom from custody may be as a result of trying to deceive Nigerian again, so we don't understand in full terms that the fight for corruption had crash and suffers a million fracture. It's a shame to this administration, shame to Nigeria, shame to Africa at large, after the whole bragging of coming to fight corruption since 2015, this our awaited result of hope that Nigeria will get better in the hands of this present administration. What's the hope for we the youths that have graduated for long without a job. And now our age is due for retirement for staying at home? Where is our hope for tomorrow?

Edilar Edilar says relooting the looted is now Aluta continual. Freedom for all politicians and government officials, but torture and poverty for the poor that is shielding their oppressors.

Content created and supplied by: Kindness10002020 (via Opera News )