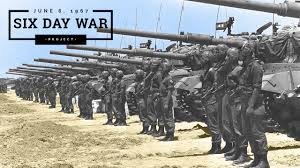 Isreal is a country which happens to be where 3 continents meet,the continents include Asia,Europe and Africa,majority of its land is in Asia so it's geographically classified as an Asian continent and part of the middle East region, Isreal is bounded by the Mediterranean Sea to the west,Syria and Lebanon to the south,Egypt to the Southwest,Jordan to the east and the red Sea to the South

Isreal is a country with a rich culture and history. They have been around since biblical times,and one fact to note throughout their history is that they always come out on top in every situation that befall them. Before the official creation of the state in May 14 1948 the region was under the rule of the British and called Palestine,in Arab it was called falastin and in Hebrew it was called Palestina and since then have never lost a single battle

Isreal is surrounded by many enemy countries, in fact majority of Arab countries hate Isreal,they hate Israel because they feel they occupy too much land, such countries include Algeria,Saudi Arabia, Bangladesh,Brunei,Iran,Iraq,Kuwait,Lebanon,Sudan,Syria, Pakistan,

In the midst of so many enemies Israeli forces knew it had to have a very strong military. 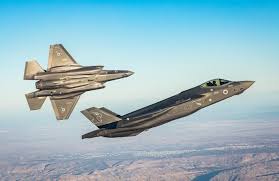 Isreal has proven it self to be one of the most powerful counties with best military in the world, Isreal is the king of middle East and dominates in every aspect of military compared to other Muslims countries. They also have a far greater air superiority because of huge squadron of F-35's in thier arsenal, Isreal has a very strong Allie in the case of US and also a special defense system called the Dome which can intercept any missile launched towards the country with a 98℅ accuracy, every citizen in isreal is combat trained and must serve in the military for at least 2 years after completion of high school. So they have a vast wealth of trained personnel,virtually everyone of them can fight 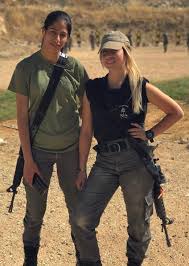 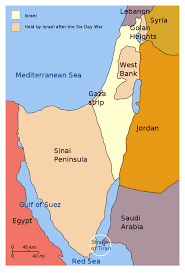 This event is known as the six days war and it took place between June 5-10 1967. it's was quite a bloody battle and the countries involved includes Isreal,Jordan,Egypt and Syria

Tension was rising and was at its height in 1966, the Israeli forces and it's neighbors had been in quite diplomatic battles and skirmishes

Following the creation of Isreal in 1948,Arab countries were not happy and the Arab coalition launched a failed invasion of the nascent Jewish state , this signifies the start of the Arab-Isreal conflicts which will span decade

Another conflicts erupted in 1956 when a then president of Egypt Gamal Abdel Nasser nationalization of the Zeus canal,Isreal,UK and France launched a controversial attack on Egypt.

Other similar battles continued to occur and isreal kept winning,the Arabian leaders were furious because of their great military loses and increasing number of Palestinian refugees

The six day war started as a result of border dispute. In April 1967 the Syrian forces started bombarding isreal with artilleries this forced isreal to retaliate with their own air force and artilleries, Six Syrians fighters were destroyed during this conflicts. In the heat of this the Soviet Union provide Egypt with an information that isreal is moving majority of its troop to the north defend and Syrian forces wanted to make a full scale invasion,this information was however inaccurate and proved to be deadly. In the Egyptian show of support for its Ally,then president of Egypt Gamal Abdel Nasser ordered the movement of troops to the Sinai peninsula and defeated a United Nation peace keeping force with some other isreal military

On May 22 he banned Isreal shipping routes connecting the red Sea and Gulf of Aquba. He also signed a defense pact with the then king of Jordan king Hussein. In response to this the Israeli upper military voted to counter the Arab build up by launching a preemptive strike

On June 5 1967, the Isreal Defense forces launched a mission code named "Operation focus" which is a coordinated air attack on Egypt. on that morning over 200 isreal aircraft moved to the west over the Mediterranean sea and coverage on the North of Egypt catching Egypt by surprise, The isreal air force decimated majority of the Egyptian aircrafts which were still sitting in the air field, the Egyptians were helpless as they only looked on as they lose 90 percent of thier planes that morning. Following that the Israeli Air force extended thier coverage and also destroyed air forces of syria,iraq and Jordan. 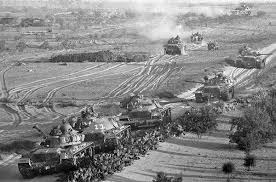 The second phase of the six day war began when Jordan heard of seemingly Egyptian victory, they started firing artillery shells at Isreali positions in Jerusalem. Isreal counter strikes furiously and seize the old city of Jerusalem and the West Bank

On the 9th of June the IAF carried out an intense ariel bombardment of fortified region of Syria called the Golan heights, heavily armoured tanks and troops followed the air raid and Golan was captured the next day

On the June 10,1967 the united Nations brokered a ceasefire which officially brought the 6 days war to an end. Throughout all these battles the Israeli lost just 800 troops while the Arab coalition lost over 20,000 troops. I'll say it's a massive Victory for Isreal. 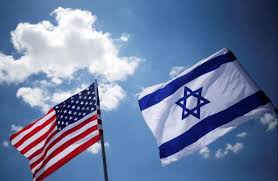 Israel has never lost a single battle and won't ever lose because of thier great military capability, they also have a strong Allie with the US, so any war involving Isreal will drag US and Ultimately NATO and it's allies.