Opinion: Osun Election Is A Lesson To LP's Candidates Hoping To Ride On Peter Obi's Popularity

By Mr_Counselor (self media writer) | 26 days ago

What happened in Osun State yesterday, Saturday July 16, 2022 should serve as a lesson to any Labour Party's candidate contesting for lower political positions who hope to ride on Peter Obi's popularity to win the various elections. 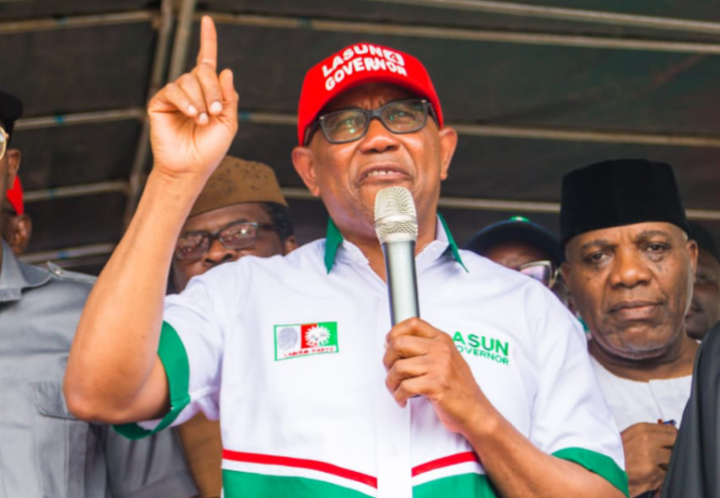 In the just concluded gubernatorial election, Ademola Adeleke of the People's Democratic Party has been declared the winner. This is contrary to what many people thought would happen.

Obviously, Labour Party is popular currently. One can say that the party's popularity is an extension of Peter Obi's popularity. You will agree with me that Peter Obi is unarguably the most talked about politician in Nigeria currently. Even his fellow politicians talk about him, either to promote him, or to de-market him. Whatever their intentions are, the truth remains that they are even helping the presidential candidate of the Labour Party, Peter Obi get even more popular.

There is one thing some politicians, especially those who are members of the Labour Party do not understand. Peter Obi may or may not win the forthcoming presidential election as Nigerians will decide who rules them in 2023. But whether or not Peter Obi wins the election, it is obvious that he brought about a very positive movement in the Nigerian political sector.

Despite the fact that Honourable Yusuf Lasun of the Labour Party was endorsed by Peter Obi, he lost the just concluded Osun State Governorship election. He lost not because he has nothing to offer to the good people of Osun State, rather, he lost because majority of electorates in Osun State prefer Ademola Adeleke of the People's Democratic Party.

This should serve as a lesson to any candidate who believes that with Peter Obi by his side, he has automatically won the election. Obviously, gone are days when elections are won by the popularity and financial capacity of the candidates. Now, Nigerians decide.

In the just concluded Osun State gubernatorial election, the good people of Osun State decided to vote Ademola Adeleke, even as Honourable Yusuf Lasun is a member of the popular Labour Party, a very popular political party in Nigeria currently.

However, it is worthy of note that contrary to what many people think, what happened in Osun State yesterday does not determine what will happen in February during the 2023 presidential election.

If majority of Nigerians do not want Peter Obi, he will not win. But if they want him, they will definitely vote him. This also applies to other candidates irrespective of their political parties and the offices they seek.