A new political party has been floated, they called it Rescue Nigeria Project (RNP), it was formed to rescue Nigeria as a country, they want to stop the decay in government and corruption perpetrated by leaders. It was formed by high-profile Nigerians, which include a former governor of Kwara State, Alhaji Abdul Fatah Ahmed, former INEC Chairman, Attahiru Jega, Prof. Pat Utomi, Prof. Tunde Adeniran, and former Cross River governor Donald Duke. 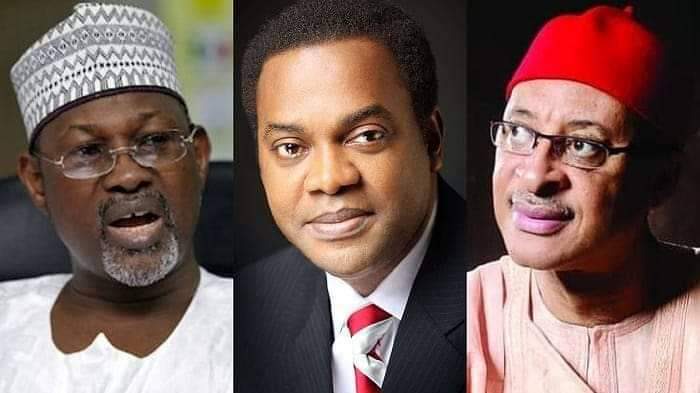 This new political party reads a lot of meaning, it might cause shivers in the heart of the ruling party, the All Progressives Congress (APC), and the major opposition party, the Peoples Democratic Party (PDP). From the name alone and the caliber of people that came together to form the party, it is enough to go against any political party in Nigeria. Some of the party stewards include; Senator Lee Maeba, Usman Bugaje, Amb. Nkoyo Toyo, Yomi Awoniyi, Dr. Rose Idi Danladi, Dr. Sadiq Gombe among others.

However, does Nigeria need a third force party that will slug it out with the two major political parties in Nigeria? Can the party challenge the dominance of the ruling All Progressives Congress (APC) and the Peoples Democratic Party (PDP)? According to the party’s objectives, they are haters of nepotism and inclusiveness which has given rise to agitations by different ethnic groups.

How will a new political party salvage Nigeria? Most of the people that formed the new party were one time or the other in APC or PDP, some were even governors and current senators in the national assembly. Nigerians are asking questions? What have they done to effect change in Nigeria when they were heading offices in Nigeria? Is it now that they are ready to make a change? Although it is good for Nigeria's democracy to have a third force, they should come with a well-thought plan that will bring about development in Nigeria.