A Prominent Man To Dies In Nigeria 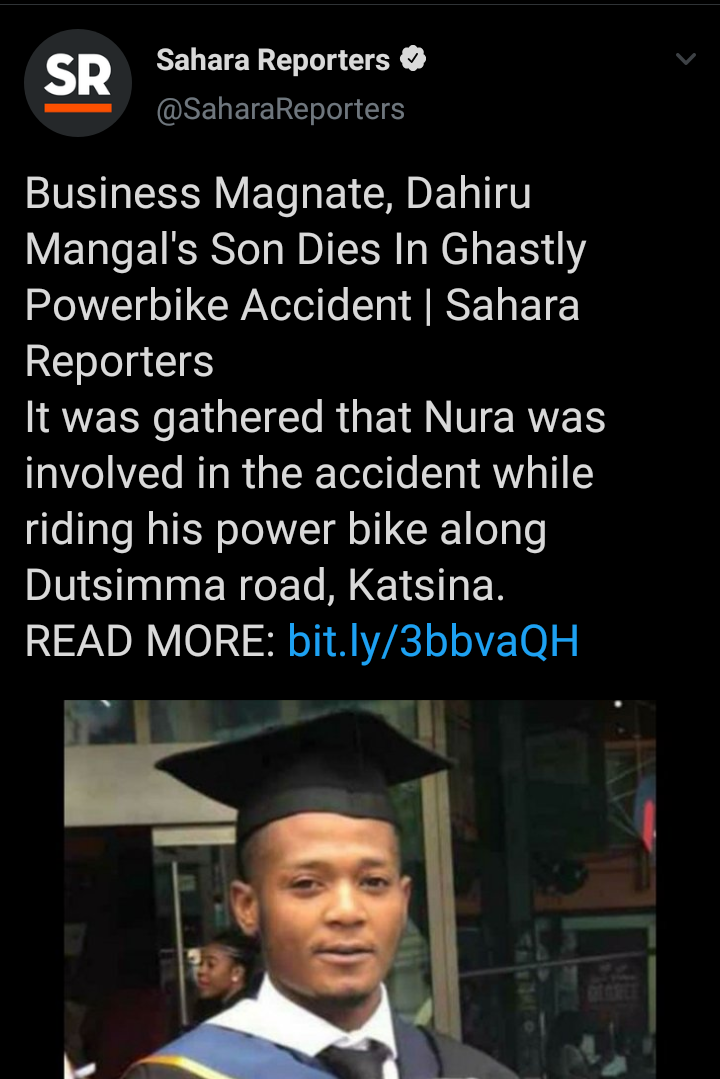 It was gathered that Nura was involved in the accident while riding his power bike along Dutsimma road, Katsina.

The incident reportedly happened not too far from Hassan Usman Katsina Polytechnic.

He was rushed to the Katsina General Hospital, where he was confirmed dead.

A family source told DailyTrust that a funeral prayer for the deceased would hold by 10 am on Thursday at the Mangal Mosque, Kofar Kwaya, in Katsina.late Nura graduated from a University in Manchester, United Kingdom.

Political Robbers Threatening To Recall Me From Senate - Okorocha 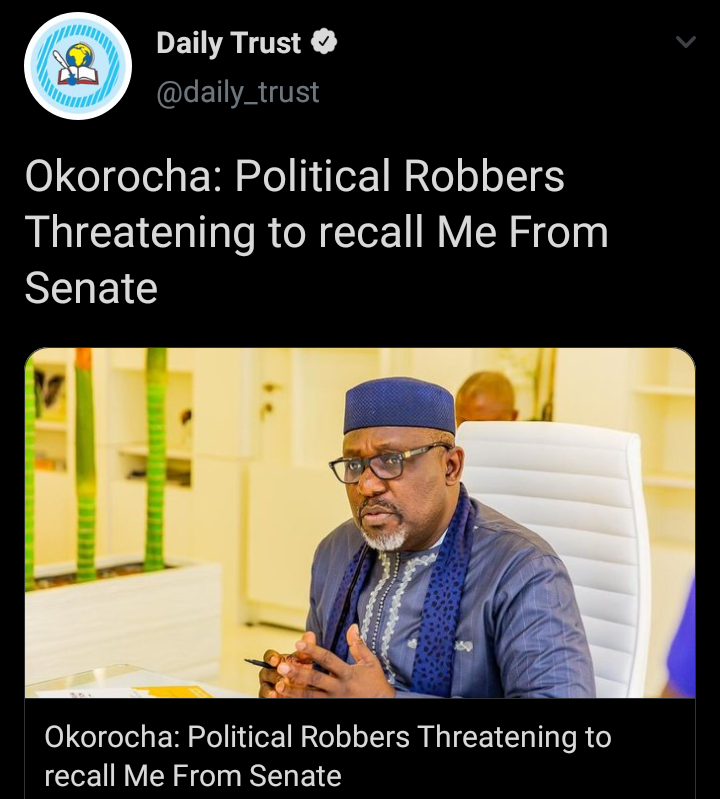 Former Governor Rochas Okorocha has reacted to the threat by some of his constituents to recall him, describing those behind the move as political robbers.

A group, Orlu Political Consultative Assembly (OPOCA), had threatened to initiate recall proceedings against the former governor, who is representing Orlu zone in the Senate.

But in a statement signed by his Media Aide, Sam Onwuemeodo, Okorocha alleged that N1 billion was released by those behind the move.

Blaming it on Governor Hope Uzodimma, Okorocha advised him to use such funds for the payment of salaries and pension arrears to retired citizens of the state. 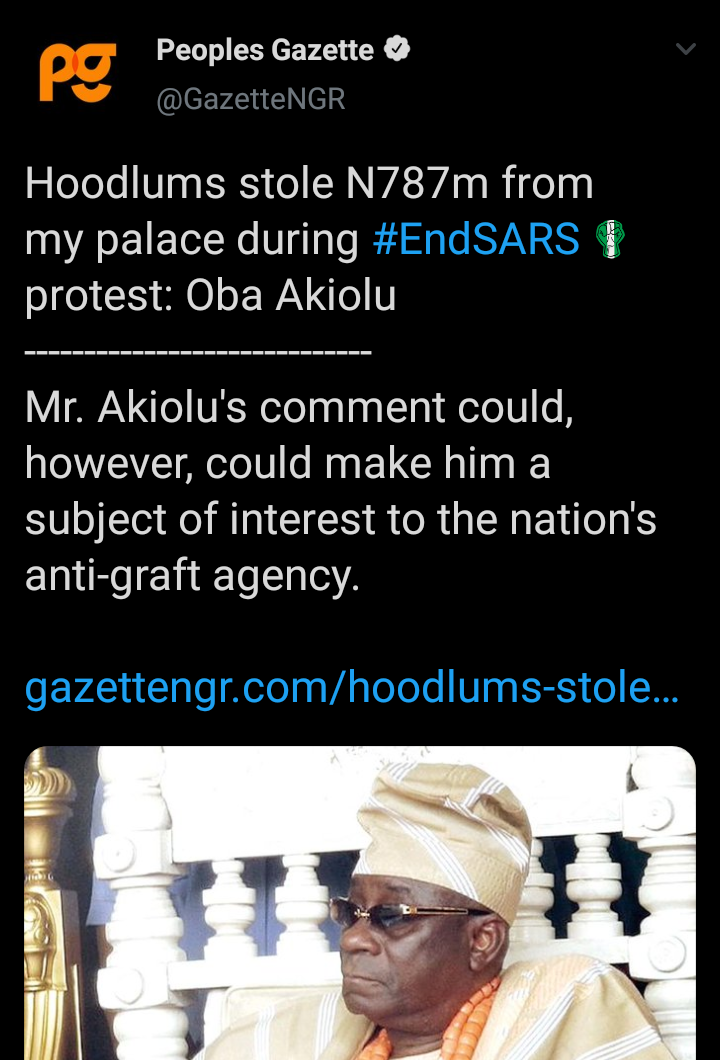 Rilwan Akiolu, the Oba of Lagos has claimed that hoodlums carted away $2 million and N17 million (N787 million) when they invaded his palace during the #EndSARS protest in October 2020.

“Many buildings were burnt, including vehicles used to generate income. I can now say publicly that they stole away from my palace $2 million and N17 million,” he said.

Mr. Akiolu’s comment, however, could make him a subject of interest to the nation’s anti-graft agency. 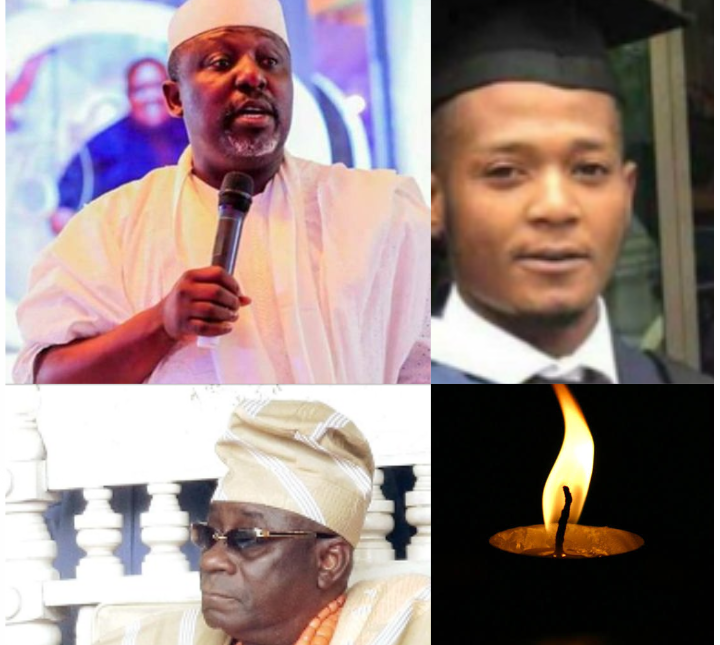 Federal Government reacts to calls from Nigerians to sack Pantami

Npower: If You Receive This Message, Please Comply. (Details)