Ihedioha, Okeke And His Reform Advance Party(Rap) Suit Against Gov Uzodinma Is Dead On Arrival

OKEKE AND HIS REFORM ADVANCE PARTY (RAP) DEAD ON ARRIVAL.

The ongoing struggle in Federal High Court Abuja at Court 5 Abuja presiding by Justice Okon Abang is a suit without merit.

the order came from High Court Abuja and also later the Chief Judge of Imo State Justice Pascal Nnadi gave the same judgement prayed by the former Deputy Governor of Imo state Eze Madumere. Uche Nwosu is a candidate of Action Alliance not APC, the NWC of APC relied on the first primary won by Hope Uzodinma led Alhaji Ahmed Gulak base on Court injunction and existing Court judgment brought by Hope and Eze Madumere his fellow governorship aspirant in APC. 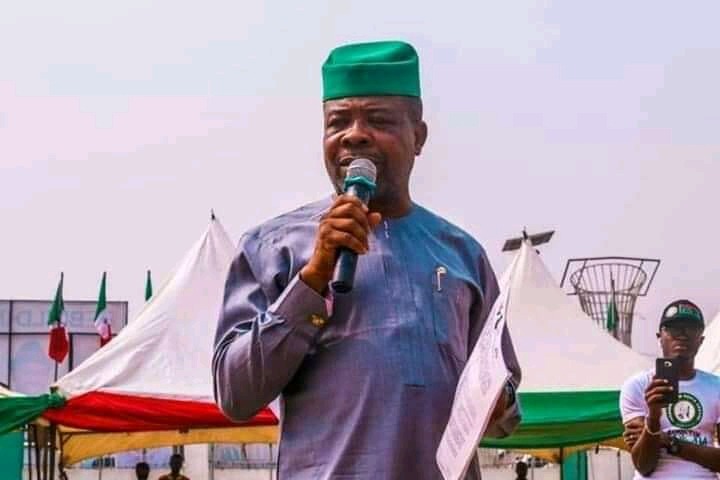 The so called Okeke is been sponsored by Nkem Ihedioha a desperate PDP governorship candidate for 2019 who was unlawfully declared Governor in error but later addressed and corrected by the Supreme Court of the land, the highest Court and highest Order. Ihedioha is dying because he lost in the court on a case he never won the election. Nkem Ihedioha is a looter, who looted over #96 billion in 210 days he governed Imo state.

The Prosperity Government of H.E Senator Hope Uzodinma is a well designed and project from God. All the loot and avenues of looting Imo state fund is uncovered and exposed the looters which Ihedioha is super heading. Gov Uzodinma is a God sent Governor for Nde Imo, he is Dee Sam Mbakwe of our time. No going back we shall support him and bless him with one more tenure for 2024 to complete his divine jobs in Imo state. Uzodinma have attracted Julius Berger to construct Orlu Road and Okigwe road above sixty kilometers of road, no government have attract Julius Berger in Imo state except our God sent Governor Uzodinma.