By Emmawrites (self meida writer) | 9 days

The official aide to President Muhammadu Buhari, Lauretta Onochie has recently taken to her Twitter handle to reveal what the Senator representing the Borno South constituency, Senator Ali Ndume said over the operation of the Boko Haram insurgents in the country. According to Lauretta who disclosed the report via her Twitter handle barely an hour ago, she revealed that Senator Ali Ndume stated that Boko Haram terrorists is not holding any specific territory in the north while claiming that they only attack communities and run away afterward. 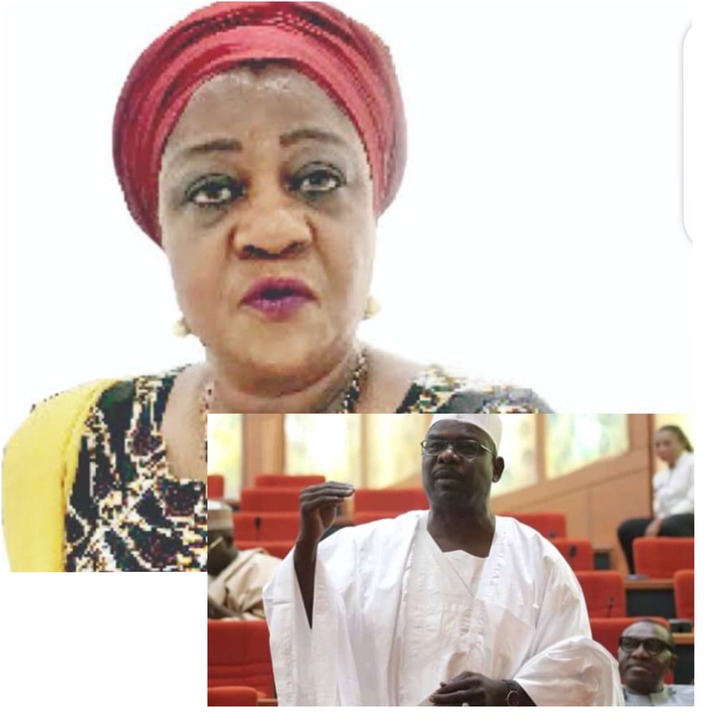 However, we all are aware of how these terrorists have always been carrying out their major attacks mostly in the Northern part of the country, and how series of unfortunate events has befallen the nation as the north seems to be a harboring place for them to carry out their dreadful activities. Consequently, deliberating on what Senator Ali Ndume said earlier, how then can one be able to believe that the Boko doesn't acquire a specific region in the country and the north specifically whereas their major reprisal attacks are mostly being perpetrated in the north. 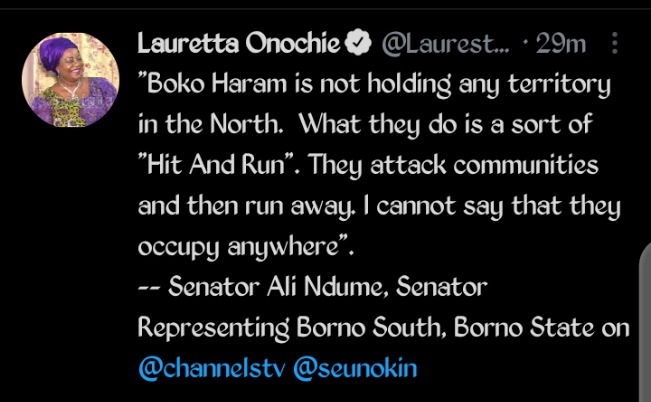 Content created and supplied by: Emmawrites (via Opera News )