The committee has now invited the company's board of directors to hear the status of the projects.

Chairman of the Committee Hon. Kabiru Abubakar Bichi, told the BBC that their council was concerned about the slow pace of work.

"The Abuja-Kano road has been in operation for almost two years, and the government has promised to complete it in 36 months.

We have seen that they have less than nine to ten months left, and the president is worried about the completion of these projects.

The projects include the provision of three key roads that the government is in the process of implementing, including the Abuja-Kano and Lagos-Ibadan routes.

Then there is the Great Bridge that connects the southeastern part of the country with other parts of Nigeria, known as the Second Niger Bridge.

He said the company had told them they would complete the project on time, but congressional observers were skeptical, as so far, one-third of the work had not been completed. 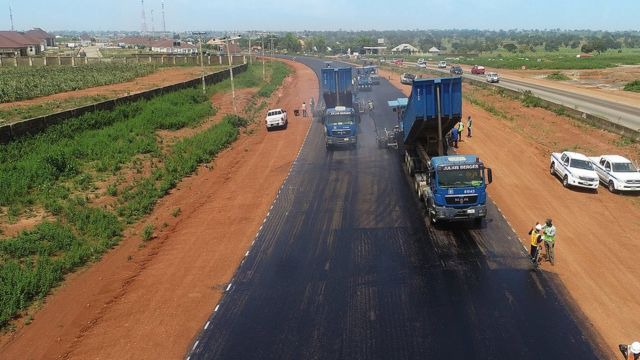 But the congressional committee said it was now considering proposing a three-state solution to more companies, instead of Julius Berger alone.

The commission also asked company officials to reappear in two weeks' time, as information presented to them during Thursday's session failed to satisfy lawmakers.

Many Nigerians continue to complain about the slow pace of work, forcing drivers and commuters to travel longer than usual during travel.

There are also increasing accidents on the roads, which lawmakers say must be taken into account in order to do the right thing.

The House of Representatives of Nigeria has agreed to begin an inquiry into the conduct of the proceedings during its debate on February 27, 2019.

The current invitation is the second since the investigation began, and among those invited included officials from the Nigerian Ministry of Works.

She also invited the leadership of the National Accident Prevention Council to comment on the increasing number of accidents on these roads.

Lawmakers have accused the company of squandering money, despite the money it has received, and told them it does not suffer from any financial problems that would prevent it from running the project.

2 Causes Of Early Discharge In Men During Intimacy