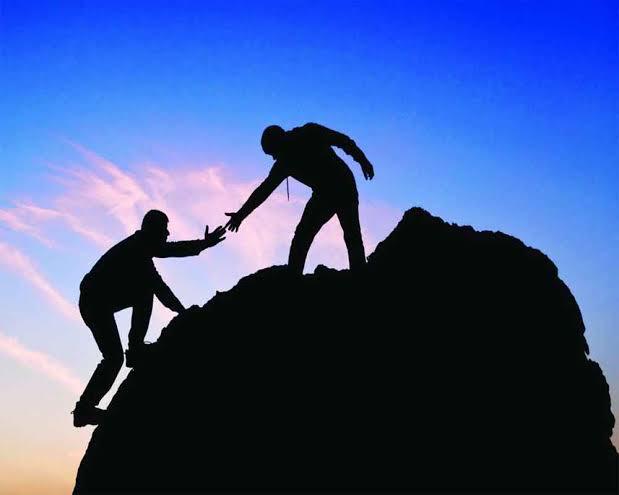 David met many destiny helpers in his life that helped him to navigate through critical moments. When Saul was being buffeted by “a distressing spirit” and needed someone who would play the harp to soothe his vexed mind, one of his servants recommended David (1 Sam16: 18-21). A destiny helper made the recommendation, which brought David to the limelight.

Jonathan, the son of Saul, was a destiny helper to David. At the risk of his life, Jonathan sided with David, so as to ensure that David was not harmed by Saul, his father (1 Sam. 22). Abigail was a destiny helper whom God used to prevent David from shedding blood (1 Sam.25: 32-35).

When the Amalekites invaded and plundered David’s camp at Ziklag, stunned and confused, David did not know how to locate the Marauders, until God led him to an Egyptian, who guided him to where the Amalekites were (1 Sam.30: 13). In the protracted war between the house of Saul and the house of David, God used Abner to turn the kingdom of Saul over to David, thereby facilitating David’s ascendancy and reign over all Israel (2 Sam.3: 1-21). David’s volunteers, numbering six hundred men, were chosen destiny helpers whom God rallied to assist David to ascend the throne of Israel (1 Chro.11-12). Hushai and Abishai were destiny helpers at different times to David (2 Sam.17: 5-22; 21:15-17).

Angels On Assignment As Destiny Helpers

We have all heard amazing stories of angelic visitations to rescue God’s children at difficult times. Even in this time and age, angels are still sent on assignment to deliver and rescue God’s children. Angels of destiny delivered Daniel, when his adversaries threw him into the lion’s den. When he fasted for twenty-one days, an angel of destiny came as an emissary to deliver a message to Daniel. The Prince of Persia resisted the angel until another angel, Michael was sent to help the angel.

Peter was miraculously delivered from prison by an angel of destiny a night before Herod was to kill him. Angel Gabriel was sent to go and deliver a message to Mary about the baby child she was to bring forth was a destiny helper.

The ravens, which momentarily fed Elijah, when there was famine in Israel, were destiny helpers sent to save the life of the prophet of God. When Elijah was running away from Jezebel, he became weary and worn out in the wilderness, wishing he had died. God sent an angel as a destiny helper, who baked a piece of cake and asked the prophet to eat because the journey was too far.