Is China the perfect example that dictatorship is better than democracy to develop? For good leaders and developing countries, my answer is yes. Dictatorship with a good government can also make great progress. In my opinion, a good government must have a set of features: focus on economic and the improvement of people's living, self-examination and reasonable decision-making. First, dictatorship can accelerate the construction of legal system. Separation of powers does well in legal justice, but the law enforcement with political power does well in effectiveness. Law isn't very useful in most developing countries, so effectiveness is more important than justice. Second, an authoritarian country is able to insist on several economic plans for years, but a democratic country cannot. For example, president Trump quit the TPP trade agreement, do a great favor for China.

But for developed countries, democracy is better

Democracy has its unique superiority. It's stable. Most people think authoritarian countries are more stable than democratic countries. That's because of protests in France and United States. However, when problems are too big that government cannot control, an authoritarian country would collapse, just like Soviet Union. Opposition forces in democratic countries cannot destroy the political system, because they only fight against a party or a few of leaders, but opposition forces in authoritarian countries fight against the whole ruling class and political system. No matter how many protests appeared in the United States, US is still the US, but a big protest can lead Soviet Union to its end.

What's more, political activities which slow down the development such as "Rebellious" or "Evolution of Culture” will never happen in a democratic country. Although China has changed a lot, but plenty of time is wasted. 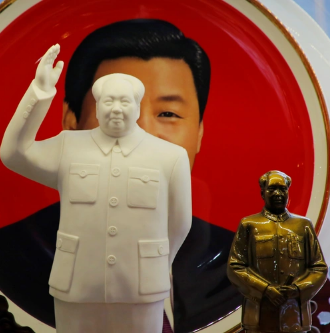 Alternatively, I believe the answer is yes. Dictatorship is better than democracy especially for the develop of the country. Those are just might personal opinion, and I am too lazy to provide external materials :P Most things below are just my thought about the topic.

Chinese “dictatorship” is a little unique. It is not one-man dictatorship, but rather a party dictatorship which I believe is a safer choice. If the ultimate leader is a genius it may lead the country or dynasty to its prosperity, but if it is the opposite, many dynasties have known to fall because of the inability of their ultimate leader. It is almost like investing money in a Hedge fund. It may profit a bit less than having a genius ultimate leader, but it also reduces the risk of having incompetent few messing up everything.

I believe that the so-called democracy is bad in general, because a lot people does not know what they need. Brexit is a great example of bad democracy. A lot people voted without knowing the consequences at all. If a second vote was hold right after “Leave” won by 51.9% to 48.1%, the outcome would be the opposite. In fact, a lot people confessed that they voted “leave” because they never thought that UK will actually leave EU, and they thought that their votes won’t change anything. They thought wrong. According to GoogleTrends, the most searched questions “AFTER” the Brexit vote were:

1) What does it mean to leave the EU?

3) Which countries are in the EU?

4) What will happen now we’ve left the EU?

Isn’t it a bit too late to ask the questions after the vote?

The same thing happens everywhere. A lot people vote in America. They vote not because that they believe in what they vote, but because they can vote. In a lot of cases, It is more of a “I vote to prove that I have the right to vote” kind of thing rather than “If he became president, he will do… and and make America great” kind of thing. Sometimes, people just heard it from their friends, or that they saw something on the news, or perhaps saw some signs on the streets says vote for XXX, and they decided that they are going to vote for him.

Some people might truly believe that certain candidate can make America great again, but they just don’t know the reason at all. If you vote someone to became president so that he can America great again, but you have no clue what he is capable of, or how he is going to do it. You made the vote purely with your “intuition”, then what is the meaning of your vote? To prove that people have right to vote? Is that the essence of democracy? If you go to hospital, would you rather have a real doctor to look at you or a group of random people to diagnosis and treat you based on vote? I would choose to have the professional to do the job every single time.

China develop much faster because of “dictatorship”. In a way, the party is the Country. It does whatever the best to the country without too much concerns of how their people will react to their decisions. On the other side, American’s two great parties constantly fight each other. They sabotage the work of the other party in order to gain favor from the population, to win votes, so that they can be the one in charge, to survive. When you don’t have to worried about your own surviving while doing your work, you can focus more on your work.

The Three Gorges Dam in China for instance, is something that American can never achieve. Not because that American does not have the technology, funds or resource to do it, but because of democracy. In order to construct the Three Gorges Dam, the government have to relocate 1.3 million people. (Their home will be flooded when the Dam started to work) Are you willing to contribute to your country by moving away from your hometown and have your hometown flooded, removed from map permanently? I personally am not willing to. Even if you do, how about all your neighbors and 1.3 million people in your town and the towns next to yours? There is no way that everyone will agree to it.

Whichever party brings up the idea will lose some votes and criticized by the other party and the people who might lose their home. People are selfish in nature. They trend to do things that benefit themselves the most (at the moment, because they are not discipline, brave, and smart enough to think about the future). There will always be someone who opposes to things, decisions that will damage their interest at the moment, (even if they will get benefit in a long run) and they actually have a say in the decision making. If it is a dictatorship, the party in charge will simply go and do it. Thus, democracy will restrict the development of a country as whole, and dictatorship (in this case, China) gets things done.

Sometimes, people have to sacrifices for the greater good. (their people, their country) In reality, not everyone are willing to. If everyone have a say in everything, there will only be chaos. When making decisions, people will lost interest, and everyone is hoping it is not them but someone else’s. That is when you need someone to make the call, (not someone with a term limit, because the next guy in charge will undone everything he does.) to make hard decisions for everyone, lead people towards one direction, (Americans are just running in circle every 4 or 8 years.) so that people can get things done. Dictatorship makes people more goal oriented, directionally focused, and the ultimate goal is the Benefit of the people as whole. Deeper Meaning Of John 14:26 That You Need To Know