The governors elected on the platform of APC vow to reclaim Edo from PDP. 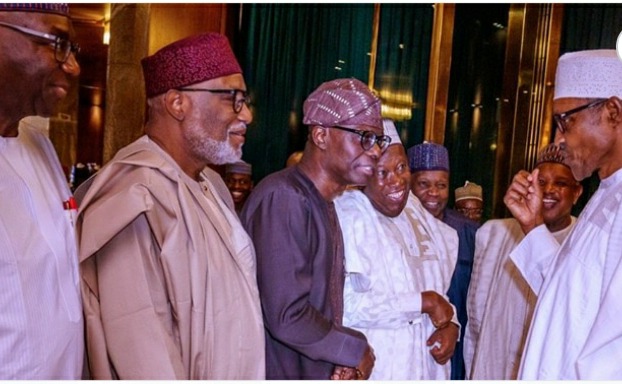 The meeting was said to have centered on how to win Edo election and reclaim the state from the PDP.

The political tempo in Edo continues to rise in the south-south state ahead of the gubernatorial election in September.

The administration of Governor Godwin Obaseki has been accused of emptying the treasury.

Edo state media campaign council of the All Progressives Congress (APC) made the allegation on July 16.

Dr Ngozi Okonjo-Iweala has expressed gratitude to President Muhammadu Buhari, NASS and others for supporting her.

The economist and international development expert is vying for WTO top job.

“I want to also thank the Minister of Foreign Affairs Mr Geoffrey Onyeama, the Chief of Staff to the President Prof. Ibrahim Gambari.." Iweala said.

Ibrahim Magu, the suspended acting chairman of EFCC, again reacts to the report which alleged that he gave N4billion to Osinbajo.

Magu, through his lawyer, Wahab Shittu, describes the report false and untrue.

The Kano state government has established an anti-corruption institute.

The initiative is the first of its kind in Nigeria.

The Centre for Public Trust (CPT) has commended Governor Abdullahi Gaduje for the initiative.

The leadership of NASS sends a warning message to President Buhari's appointees.

Ahmad Lawan, the Senate president, says the NASS would no longer tolerate rascality from the appointees.

Lawan notes the current National Assembly has had a cordial relationship with the executive arm.

A former Senate president, Bukola Saraki, has recovered two houses which were temporarily confiscated by the FG.

A court ruled that the EFCC could not give sufficient reason why the properties should be forfeited to the government permanently.

The EFCC had alleged that Saraki acquired the properties with proceeds of monumental fraud.