Today's Headlines: Buhari Govt Met Only 2 Of Our 8 Demands-ASUU; Create Ministry For Herdsmen-Gumi

Buhari regime met only two of our eight demands: ASUU

The Academic Staff Union of Universities (ASUU) says only two of its eight demands have been met by President Muhammadu Buhari’s regime in the last nine months. 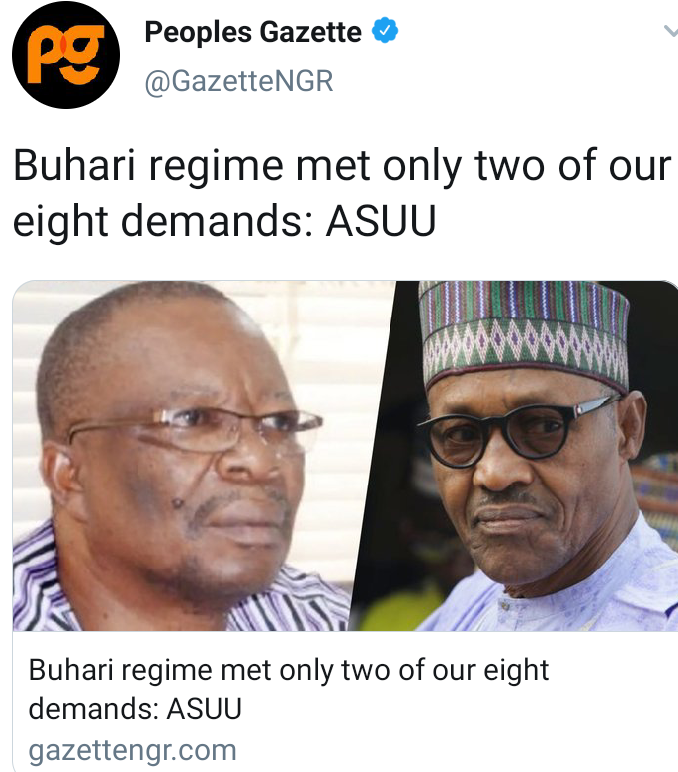 The Ibadan zone of the union disclosed this in a statement after its meeting at the Ladoke Akintola University (LAUTECH), Ogbomoso chaired by its coordinator, Oyebamiji Oyegoke. Others in attendance included the chairpersons from the University of Ibadan, Ayo Akinwole, Moyosore Ajao (UNILORIN), Biodun Olaniran (LAUTECH) and Shehu Salau (KWASU).

Mr Oyegoke said strike was “a ticking bomb” and feared that it would engulf the educational system in another crisis. 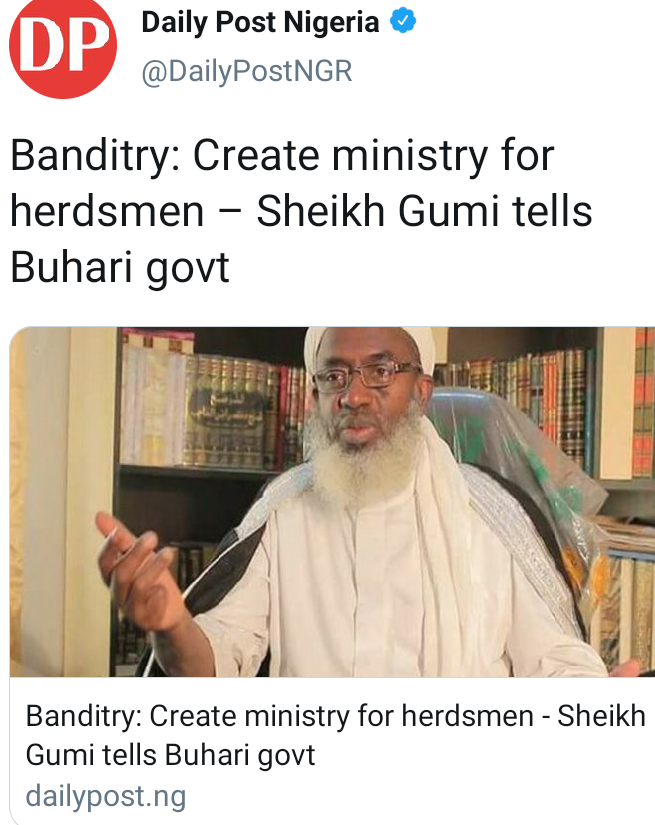 Gumi, known for his interaction with bandits in the North, said the Federal Government should create a Ministry of Nomadic Affairs.

He said the ministry would address the challenges surrounding herders.

In a Facebook post on Friday, Gumi also berated those criticizing him over his negotiations with bandits.

The post reads partly: “I said my mission has not failed but it was sabotaged or discouraged by the same influential people that benefit from the chaos or like us to destroy ourselves and leave the herdsmen in perpetual ignorance.

It sounds unbelievable but it is true. Farmers in Shiroro Local Government Area of Niger State are now more worried than their counterparts elsewhere in the state because they have reached the end of their wits regarding what to do in order to survive the persistent attacks and seizure of their men by bandits. Incidentally, Shiroro LGA is one of the worst-hit by banditry in the state

What worries them most is that many in the area have lost their wives, husbands, children and property since the criminal elements have made it a policy to descend on

them at will. As predominant farmers, this rainy season is the time for them to recoup their losses and forge ahead, but it is becoming one of the worst periods of their lives.

The Permanent Secretary, Federal Capital Territory Administration, Mr Olusade Adesola, on Thursday, urged the G7 states to protect the FCT from acts of criminality and attack. He described the FCT as the gateway to the nation and the symbol of unity of all the tribes, adding that a security breach would be a “gross embarrassment to the country.”

Adesola, who described the rising state of insecurity in many parts of the country as unprecedented in the history of Nigeria, called on the G7 states to give security agencies the needed support to rid their states of criminal elements.

He made the call at the G7 technical security meeting held in Abuja over the present security challenges and criminality in the region.