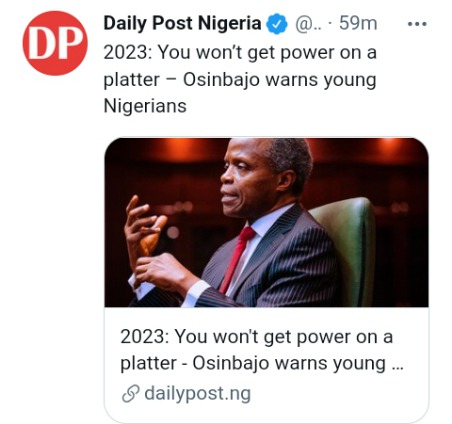 Vice-President, Yemi Osinbajo has advised youths to contest for elective positions during the 2023 general elections if they want to assume power.

Osinbajo stated this during a two-day retreat for young lawmakers in Lagos on Monday.

He warned that power is never given on a platter.

The vice-president who was represented by the Senior Special Assistant on National Assembly Matters (Senate) to President Muhammadu Buhari, Babajide Omoworare, said the not-too-young-to-run movement would be defeated if the youths fail to contest for elective positions. 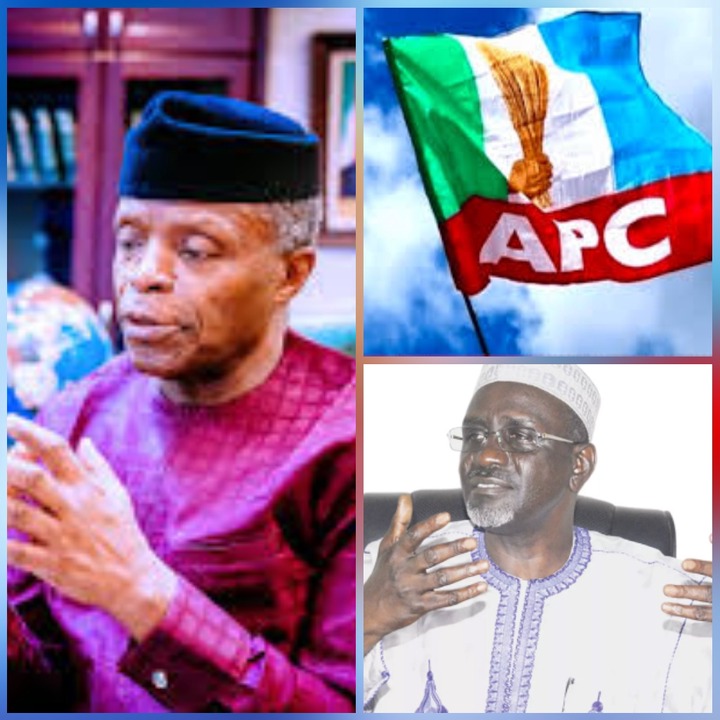 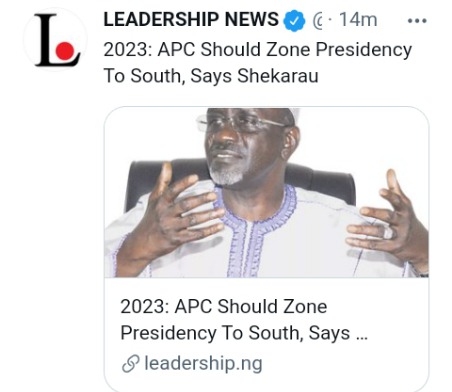 Former Kano State governor Ibrahim Shekarau yesterday said there is nothing wrong if a Nigerian from the southern region succeeds President Muhammadu Buhari in 2023.

In his remarks while featuring as a guest on Channels Television’s Sunrise Daily, he wants his political party – the All Progressives Congress (APC) to zone the presidency to the South.

The former governor believes rotating the office of the president between the North and South will give citizens the sense of belonging necessary for the development of the nation. 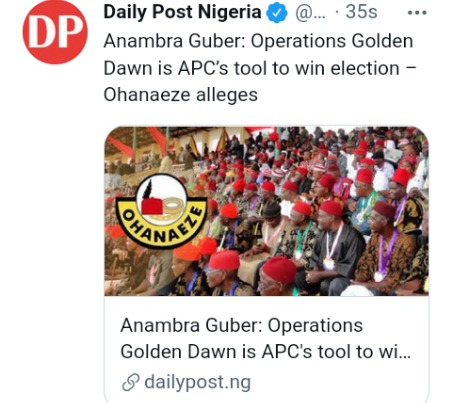 Ohanaeze Ndigbo Worldwide, has claimed that the newly launched” Operations Golden Dawn” in South East Nigeria, may be the All Progressives Congress, APC’s tool to edge the other political parties participating in the November 6th governorship election in Anambra State.

The group also called on the Federal Government and Governors in the South East to ensure that the Nigerian Army abide by the rules of engagement with high levels of professionalism based on military ethical standards. 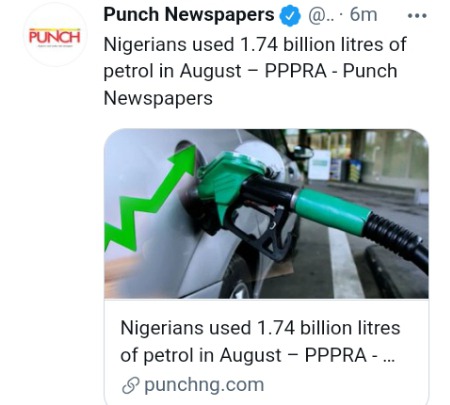 It said an analysis of the volume of PMS supplied across the country in the month of August showed a decrease of about 132,301,071 litres when compared to the 1,867,925,811 litres supplied in the month of July.

The General Manager, Corporate Services, PPPRA, Kimchi Apollo, said in a statement issued in Abuja that the 1.74 billion barrels of petrol consumption in August indicated an average daily supply of about 55.99 million litres. 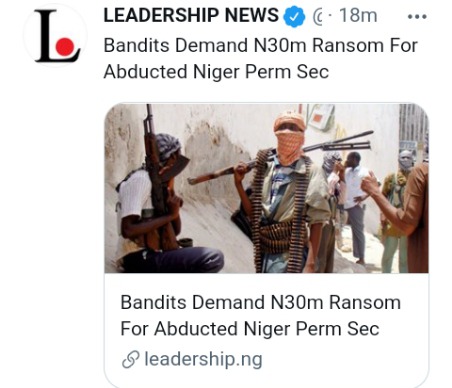 Abductors of Niger State permanent secretary in the Ministry of Transport, Dr Ibrahim Musa Garba, have demanded N30million as ransom before they release him and his son.

Garba was kidnapped last Friday with his son after returning from the wedding of a relation in his hometown of Zungeru in Wushishi local government area of the state.