By eFactor (self media writer) | 12 days ago

A possible declaration of a state of emergency in Anambra revealed by the Minister of Justice, Abubakar Malami on Wednesday brings back a similar case Nigeria had in the past. It is interesting to state former President Goodluck Jonathan once declared it for pressing national issues bothering on insecurity. 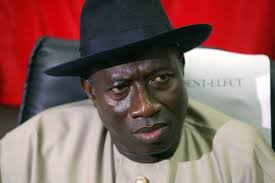 Buhari's administration had threatened a possible state-of-emergency due to the lingering insecurity situation in the state. The administration of Goodluck Jonathan had taken the same decision in 213 for insecurity reasons.

The former President had made the declaration in three Nigerian northern states during a nationwide broadcast carried live on national television. The states are Adamawa, Yobe, and Borno. This is contained in a report published by the Sahara Reporters in 2013.

While imposing the state of emergency in those 3 states, Goodluck Jonathan had wielded extra-ordinary measures by invoking section 305, Subsection 1 of the 1999 constitution of Nigeria.

However, GEJ made an exception to the declaration. Regardless of the state of emergency imposed, the president allowed the governors in these three states to remain in office.

Recall that the president had earlier met with the 3 governors in the Aso Rock Villa late afternoon shortly before the broadcast.

The declaration was coming in the wake of the worsening insecurity being perpetrated by the insurgents killing thousands of people in both North-East, North-West and some parts of the country. 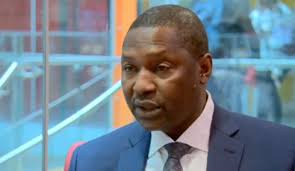 On Anambra, Malami revealed that Federal Government could declare it if it is established that there is a gross failure on the part of the state government to ensure the sanctity of security of lives, properties, and democratic order.

However, the position of the Minister has been heavily criticized and condemned across political lines, socio-political groups, legal luminaries, and religious groups.

While reacting, the Christian Association of Nigeria CAN reject the FG's mulling over the possibility of declaring a state of emergency in Anambra, saying it would be unacceptable and unfair. Likewise, the ruling party in the state, All People Grand Alliance, APGA has kicked against the move