Latest News in Nigeria This Saturday Evening,18th of July, 2020.

1. I made a wrong choice of Deputy Governor – Akeredolu

The Governor of Ondo State, Rotimi Akeredolu, has admitted he made a wrong choice in his Deputy, Agboola Ajayi, who has now detected to the People's Democratic Party(PDP).

Akeredolu stated this while meeting party delegates in Igbekebo in Ese-Odo council area, ahead of the primaries on Monday. 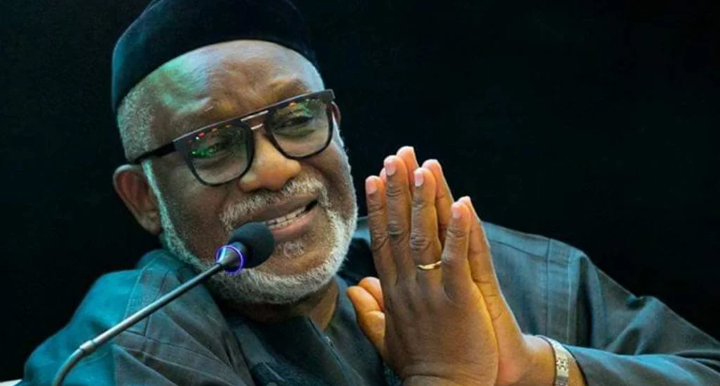 According to him, “Despite the criticism and attack from various quarters that Ajayi is my cousin, l felt that l had made a choice but a wrong choice.”

The Governor said he was happy that Ajayi showed his true colours, describing his exit from APC as a cleansing.

Traditional rulers in Anambra State have passed a resolution commending President Muhammadu Buhari for his dedication towards completing the Second Niger Bridge project in Onitsha.

The monarchs who met with famous oil mogul, Prince Arthur Eze at the palace of the traditional ruler of Ukwulu Kingdom, in Dunukofia Local Government Area of Anambra State, Igwe Peter Uyanwa said the projects being aggressively worked on in the Southeast geopolitical zone is a testimony of President Buhari’s love for the zone. Uyanwa who is also the chairman of Anambra Central traditional rulers council, and hosted the meeting said, “We thank Buhari for the Second Niger Bridge, the Onitsha – Owerri Expressway, the Enugu – Onitsha expressway, the Akanu Ibiam International airport, zone 13 police command and others.

President Muhammadu Buhari has approved the naming of the Railway Complex in Agbor, Delta State after former President, Goodluck Jonathan.

Buhari’s Special Assistant on New Media, Tolu Ogunlesi, made the announcement on Saturday.Ogunlesi, on Twitter, quoted Minister of Transport, Rotimi Amaechi, as saying the facility will be known as the Goodluck Jonathan Railway Station & Complex. The station is the operational hub of the Itakpe-Warri rail line.Jonathan is currently in Mali as the Economic Community of West African States (ECOWAS) Special Envoy.

Thousands of market women and residents of Edo State have condemned destruction of billboards and other campaign posters of the All Progressives Congress(APC) Governorship candidate Pastor Osagie Ize-Iyamu by agencies and other alleged miscreants acarrying out instruction of Godwin Obaseki-led Government.

For days now, visibly mobilised men have torn down dozens of campaign billboards and other promotional materials of the APC and its candidate at various strategic points in the capital city of Benin such as Uselu Shell, Central New Benin, and the popular Iyaro axis.

In reaction, the resident, including Mr. Nelson Kelvin, Austine Evbodaghe and Timothy Ogodo condemned the ‘autocratic’ action allegedly carried out by the Edo State Government.

The House of Representatives, yesterday, summoned the Minister of Niger Delta Affairs, Senator Godswill Akpabio, to appear on Monday unfailingly to offer explanations over his role in the alleged misuse of the sum of N81.5 billion by the Niger Delta Development commission (NDDC). Also summoned on the issue is the Acting Managing Director of the Interim Management Committee (IMC), Prof. Kemebeadikumo Pondei. Besides, the Managing Directors of A.H.S Global Services Limited and RODNAP are to appear alongside Akpabio and Pondei before the Mr Olubunmi Tunji-Ojo led committee on the NDDC on Monday at 11.00a.m