By ObiFresh (self meida writer) | 22 days

The news of the death of President Idriss Deby may have come to a lot of Nigerians as a surprise but comments online have shown that many Nigerians see him as a hero who died defending his country, leading from the front like a real commander in chief.

The old-time Chadian lead has been the president of the Sahel country for several decades, was in power from 1990 till 2021, he has fought different rebel groups since 2003, rebels that have been trying to overthrow him like the newly formed rebel group with the name Front for Change and Concord in Chad (FACT). 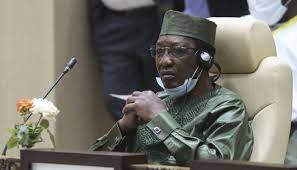 FACT rebels reportedly came in from Libya where they received military training and attempted to match into N'Djamena in a bid to forcefully remove President Deby from office, but according to the spokesman for his party, Patriotic Salvation Movement, Mahamat Zen Bada told reporters that the Deby went to the frontline in the Kanem province to visit troops.

He was later reported dead due to injuries he sustained in the frontline. BBC quoted an Army General saying that "Deby breathed his last defending the sovereign nation on the battlefield",

He recently won the 6th term in office and was getting ready to be sworn in before the rebels came calling. 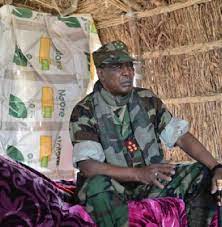 And Nigerians have been reacting, let's look at some online views below:

Anna Edache said, "He died a hero, his sacrifices can never be forgotten easily. My prayers are with the family and country. I am still waiting to see when we will have a president that will have Nigeria at heart, and think about his citizen. May his soul rest in peace. 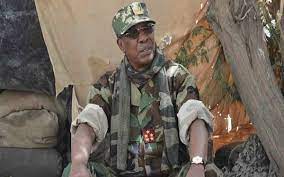 While Tseyi Wyse reacted to the death of the Chadian leader this way, "This is true patriotism to their nation. If General Buhari had joined him in the frontline, the battle would have been a success. If this is true, R.I.P sir.

Godwin Chinedu eulogised him, he said,"Such a brave Man, he served as commander in chief in words and actions, rest in peace brave chap

Inno Tex said, "He could be called a hero because he is a soldier indeed. He went to the warfront to defend his people. Do we have leaders that can do such in Nigeria?"

Governor Ortom Donate 1,200 Bags Of Rice To Muslims In The State For Eid Al Fitr Celebration.

History: How The War Between Israel And Palestine began.

The Champions League final will not be played in Istanbul or Wembley. See where it will be played.