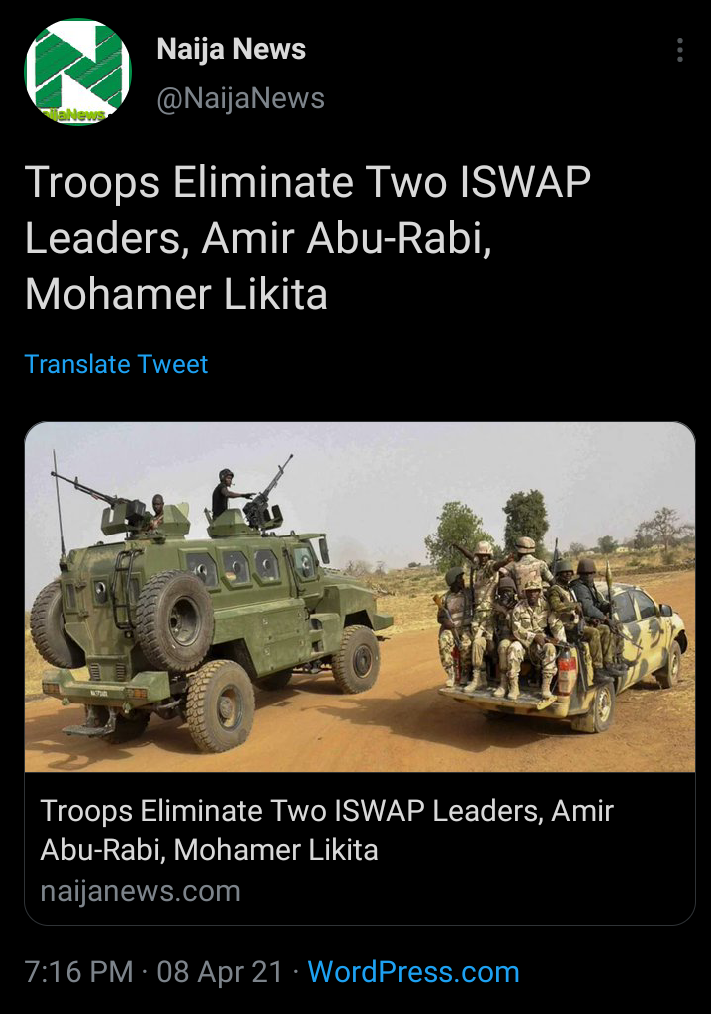 The series of Attacks Lunched by members of Boko Haram is becoming alarming.

Recently, Top leaders of the islamic state of west africa province, ISWAP and some of their followers have been killed by the Nigerian Army in Borno.

Two commanders of the terrorist group identified as Amir Abu-Rabi and Mohamed Likita and their bodyguards and fighters, were killed during the attack.

It was gathered that Abu-Rabi coordinated tax collection on behalf of ISWAP in the Lake Chad axis, while Likita was among controllers coordinating attacks on military formations.

Only 1% Of Youths Applying For Polytechnics in Past Four Years 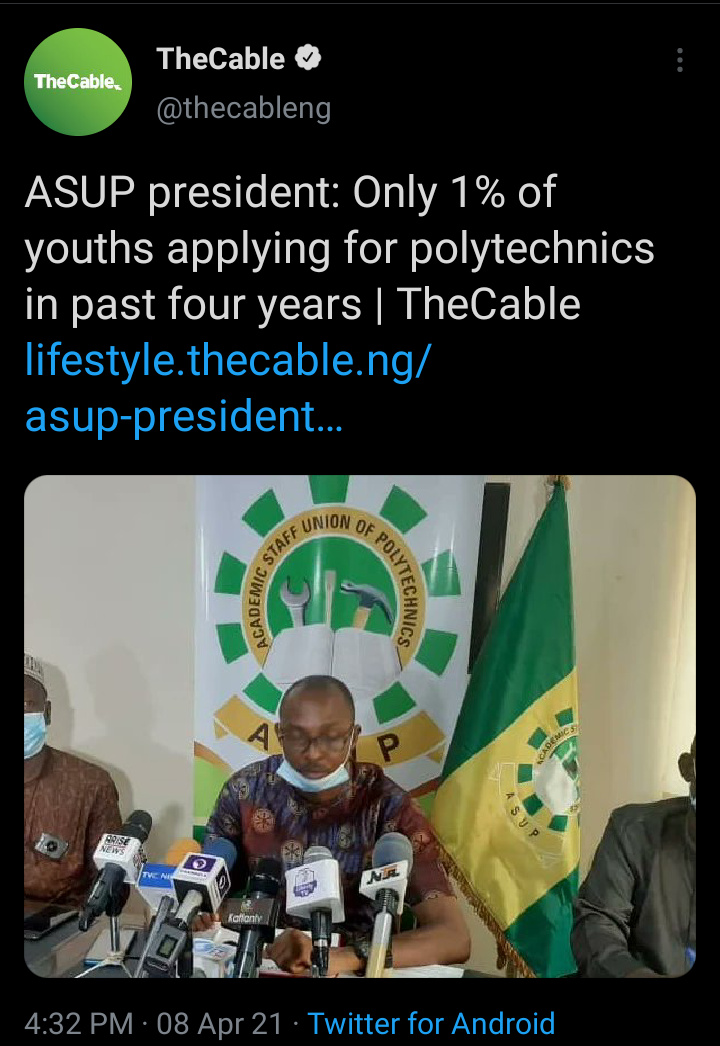 Education is one of the keys to success.

One of the importance of education is that it helps you to read and write.

Recently it has been observed that so many Nigerians prefer University to polytechnic Education.

However, Ezeibe, National president of the Academic Staff Union of Polytechnics (ASUP), says only one percent of Nigerian youths has been applying to study in polytechnics in the past four years.

Ezeibe made this statement on Thursday when he featured on Sunrise Daily, a Channels Television programme.

According to the ASUP president, the figure is indicative of how the federal government has continued to demarket polytechnics in the country through its policies.

He also alleged that polytechnics in the country have suffered supervisory and regulatory functions expected to be carried out by the federal government. 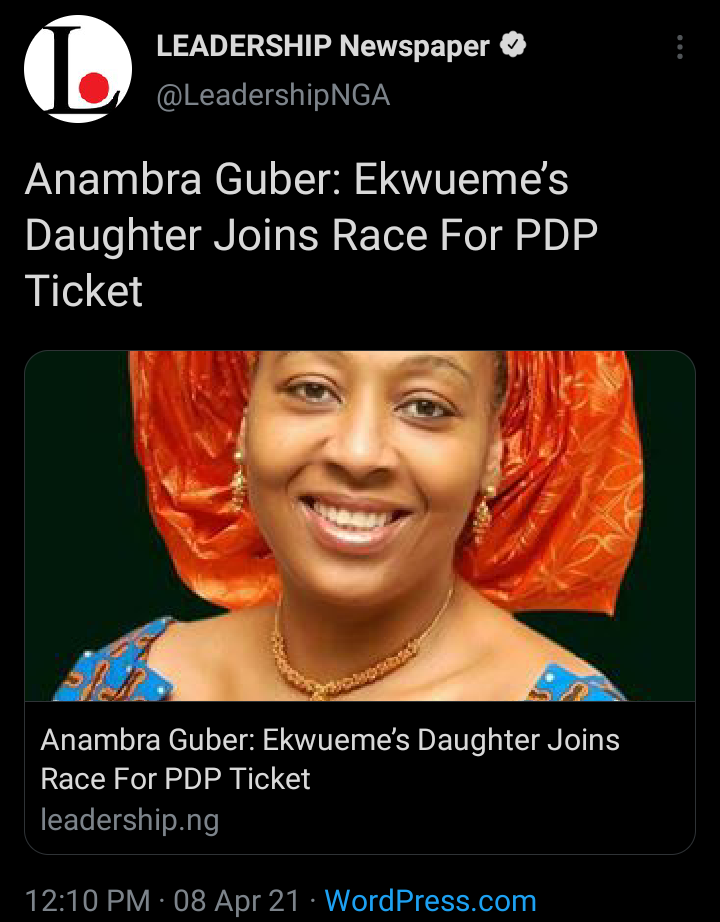 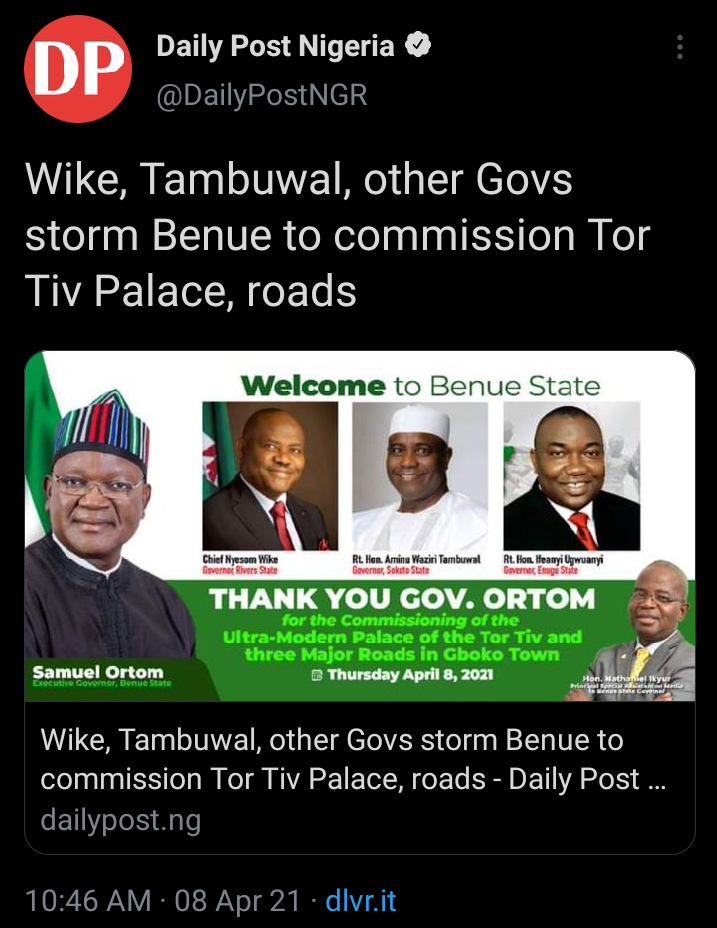 The Executive Governor of Rivers State Nyesom Ezebunwo Wike and Governor of Sokoto State and other prominent PDP Governors visited Benue State for the commissioning ceremony of newly constructed Ultra-morden Tor Tiv Palace in Gboko Local Government of the state.

Also to be commissioned is another three major roads in Gboko newly constructed by the Governor Samuel Ortom’s administration. 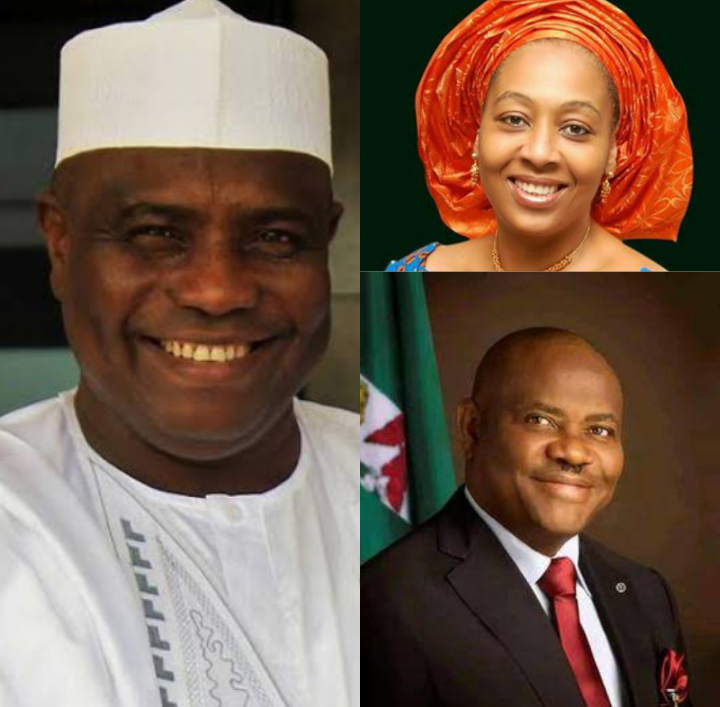