Ojukwu And The Implementation Of The Aburi Agreement Of 1967.

Chukwuemeka Odumegwu Ojukwu set March 31, 1967 as the “D-Day” for the unilateral implementation of the Aburi agreement. But the East did not secede. Instead, it appropriated all federal revenue that came from that part of the country. 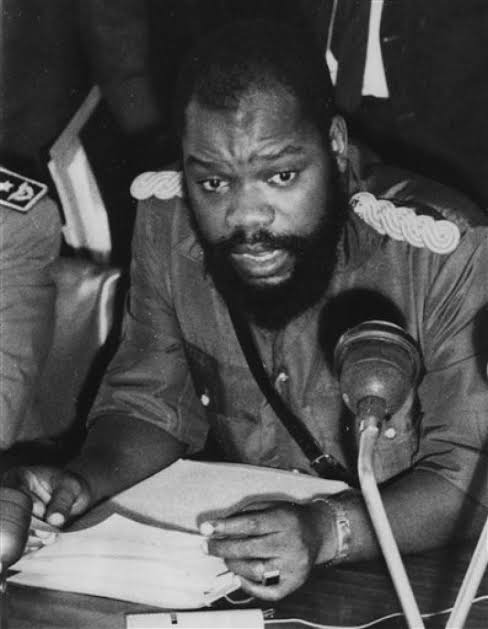 In the meantime, the Yoruba people were dissatisfied with the presence of troops of Northern origin, that occupied the Western Region, and the decision to recruit Yoruba people into the army, did little to ease those feelings.

So the Yoruba, through chief Obafemi Awolowo (1909 - 1987) proposed that should the East secede, the West would feel free to follow suit. The Federal Government was caught pants down while Ojukwu and his cohorts in the East popped champagne.

While the Federal Government was still trying to steady itself from these revelations, the Northern leaders made and astonishing revelations - the creation of more states. The nation was stunned.

The question of the creation of more states, especially in the North had been a perennial issue which Northern politicians had always resisted and Southerners had been accusing the North of trying to “dominate” Nigeria forever.

They also believed that Nigeria crisis would be over if the North accepts that power can be shared. Breaking up the North into more states, which was what the East and other parts of the nation wanted would provide the answer.

The Northern decision was a pleasant surprise to most of the nation, particularly the minority people of the North (middle belt) and those of the Cross River-Ogoja-rivers (COR) area, which the secessionist would later claim as part of their government because, Ojukwu did not agree to the Northern declaration of the creation of more states.

The Westerners, who hand been one of the ardent advocates of the creations of more states, felt pleased with this unprecedented Northern move, and they eventually threw their support behind the Federal Government.