Exclusive: How Makinde Okayed Southwest PDP Congress To Be Moved To Osogbo

By TamunotonyeInioribo (self meida writer) | 1 months 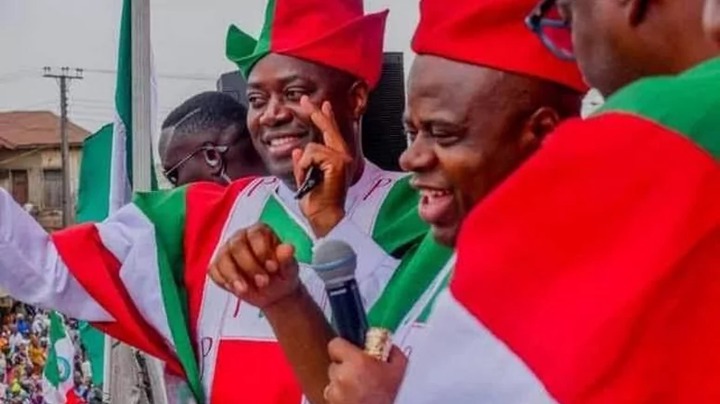 Some weeks ago, the National Working Committee of Peoples Democratic Party, PDP, approved and announced the rescheduling of its zonal congresses for Southwest, Northwest and Northcentral geopolitical zones to be held on Saturday, April 10, 2021 in Ibadan, Kaduna and Makurdi respectively.

While stakeholders from the southwest zone led by Governor Seyi Makinde of Oyo state expressed satisfaction with the date and venue, and assured of a smooth event, a former Ekiti state governor, Chief Ayodele Fayose, and his loyalists rejected the choice for Ibadan venue.

Although Governor Makinde, who is the undisputable leader of the party in the zone, assured every stakeholders of their safety, those of the Fayose camp argued that their security will not be guaranteed in Ibadan, demanding shift of venue to Abeokuta, Ogun state.

In the evening of Wednesday, April 7, 2021, the PDP's National Working Committee appointed a delegation that include the party's national chairman, Prince Uche Secondus, the party's deputy national chairman, the national secretary, Senator Ahmed Tsauri and Bukola Saraki led Reconciliation and Strategy Committee, to meet with the both chieftains on Thursday (today)

At the meeting that was held in Abuja, Ayo Fayose reiterated his opposition to Ibadan venue, he cited an incident where he was assaulted in Akure, Ondo state at a campaign rally in 2020. He prayed that the party rescinds its decision for Ibadan, and proposed Abeokuta (Ogun state) instead.

After his narration, a Governor from one of the northeastern states pleaded with Governor Makinde to concede change of venue from Ibadan to another location other than Abeokuta.

Governor Makinde, who expressed commitment to the unity of the party in the zone, conceded to the demand for the venue to be moved away from Ibadan. He proposed Lagos state as the new venue for the congress but Fayose still disagreed, saying that Lagos is equally unsafe for him and his supporters.

In order to find common ground, a senior leader of the party proposed Osogbo, the capital of Osun state, where the chairman of southwest reconciliation committee and former governor of the state, Prince Olagunsoye Oyinlola, hails from; this proposal was agreed by Governor Makinde, who further reiterated his resolve to see a united southwest PDP as the leader of the zone.

After the agreement was reached and to avoid any legal trap, the party decided to shift the date of the congress to Monday, April 12, 2021 in order to properly notify INEC as prescribed by the electoral act.

It is therefore uninformed for anyone to attribute the change in venue from Ibadan to Osogbo to defeat of Governor Makinde. Instead, it was a victory for the Governor, PDP stakeholders and for the progress of the in southwest geopolitical zone.