By FearlessQueen (self meida writer) | 1 months 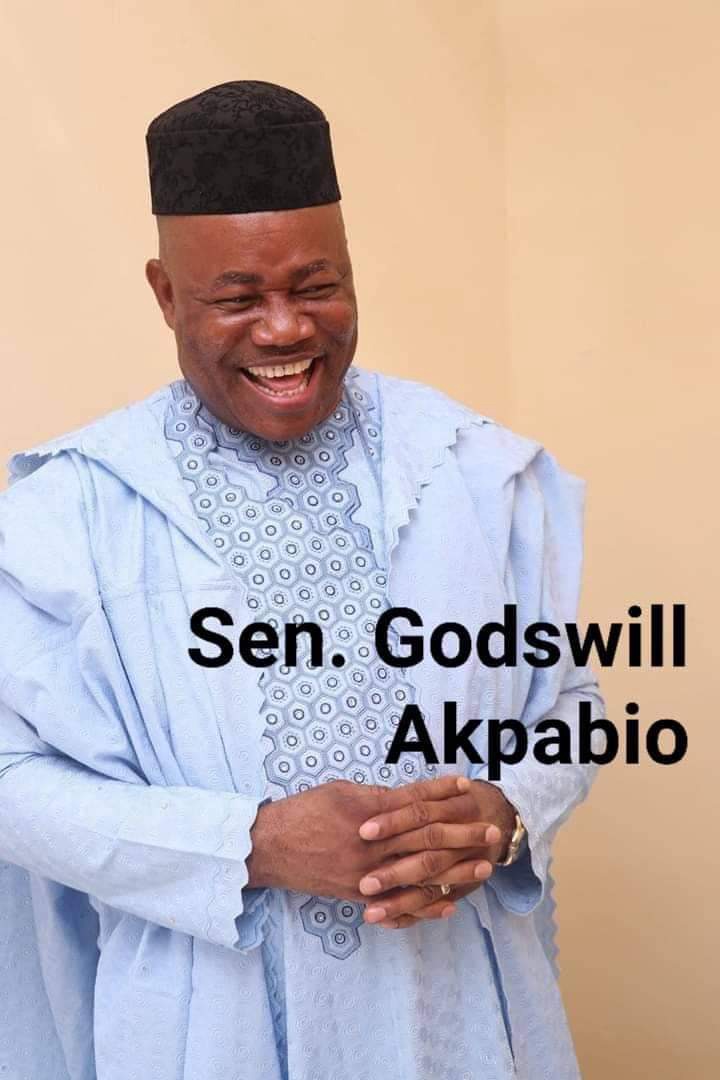 Arising from a stakeholders meeting of the party attended by top party members including National Caretaker Secretary of the Party, Senator John Udoedehe, MD Oil and Gas, Obong Umana Okon Umana and Senator Ita Enang, Senior Special Assistant to the President on Niger Delta Affairs, the party said it was safe to operate on the part of constitutionalism.

Recall that Group Captain Sam Ewang had penultimate week convened a "stakeholders meeting of the party" wherein he announced Senator Godswill Akpabio, Minister of Niger Delta Affairs and two term governor of Akwa Ibom State as leader of the party. The action which the party in a Press Conference addressed by Dr Ita Udosen rejected, instigated the Sunday Stakeholders Meeting. The party had said Sam Ewang had no powers to hold the meeting and make the declaration. Dr Ita Udosen in his opening address said after congresses to elect new party organs, the party leaders will reconvene to reconsider whether there was need to make any of the leaders State Leader of the party by convention and convenience. Pending when that is done, he warned that no party member should paraded himself as State Leader of the party to avoid confusion.

The Stakeholders meeting held at Amazing Grace Event Centre, Nsikak Eduok Avenue, Uyo was attended by Group Captain Sam Ewang and Crux of the leader of Akwa Ibom Democratic Forum, a group championing Chief Akpabio's leadership ambition. Group Captain Sam Ewang did not speak at the meeting. Sole Administrator of NDDC, Bar Effiong Akwa who earlier had spoken on the need to make Chief Akpabio leader of the party at the Ewang meeting also attended the Sunday Stakeholders meeting. He spoke. He praised Dr Ita Udosen for holding the party together and made donations to the party "from his salary".

The Sunday meeting is the second time Chief Akpabio is rejected as Leader of the APC in Akwa Ibom State. Rt Hon Emmanuel Ukoete who spoke for Ikot Ekpene Senatorial District said with unity the least among the recruits in the party's army can lead the party to victory. He called on the leaders to eschew tendencies that can divide the party but move as a united force to capture power in 2023. He said talks of leadership on a single shoulder was diversionary and asked those championing bit to stop. He asked the party to tamper Justice with mercy on those who attempted to instigate crises in the party by convening the purported stakeholders meeting penultimate week. Recall that the party had invited Sam Ewang to a "disciplinary committee" of the party to explain his motive in convening the meeting and trying to cause confusion with his resolution to make Akpabio leader of the party. Maybe, Ukoete was referring to what awaited Ewang when he asked the party to tamper Justice with mercy while asking party members to respect constituted authoritiesbof the party at all levels.

Earlier, Otu Ita Toyo who spoke for Eket Senatorial District said from his experience as former PDP Chairman in Akwa Ibom State, APC was strong and capable to wrestle power in the state in 2023. He warned that distractions within the party should be avoided. Obong Umana Okon Umana spoke for Uyo Senatorial District and gave progress report of the Oil and Gas zones in Akwa Ibom State. He said he has through collaboration with the State Government, brought Liberty Oil and Gas zone to the state which when operational, will enhance the state economic base.

Senator John Udoedehe also spoke. He told members that in the national Secretariat of APC, Akwa Ibom State chapter of the party is not listed among States with factions but a united party given that all stakeholders had reconciled themselves at the September 2020 Stakeholders of the party through a motion moved by Senator Ita Enang. He said as National Caretaker Secretary of APC, he has carried all stakeholders along and spread appointments across the party in a bid to give every party member a sense of belonging. He used the moment to call on the Sole Administrator of NDDC, Bar Effiong Akwa to make himself available for the party and stop operating as a "Houseboy" wherein he does not pick calls from other leaders of the party or consult with them on issues that can help alleviate sufferings within the partyb and state.

The meeting, contrary to expectations, ended on a good note, says some stakeholders who address the press.

Chief Akpabio was absent but sent an apology to the state Chairman who informed the gathering of same.

The meeting passed a vote of Confidence on President Buhari, leadership of the National Assembly and Caretaker Committee of the the ruling party. The meeting took time to review governance in Akwa Ibom State and asked governor Udom Emmanuel to concentrate efforts in completing ongoing projects in the state and be sincere, serious and more committed in adding value to the lives of citizens of the state. The party commended the Governor over the his peaceful disposition, good governance and industrialisation he brought to the State.

Father, Give Me The Power To Effectively Pray, So That What I Declare On Earth Will Be Established

Science and Technology: Spilled Water on Your Phone? Here’s How You Can Fix it

How you can reduce your prepaid meter consumption my almost 50%