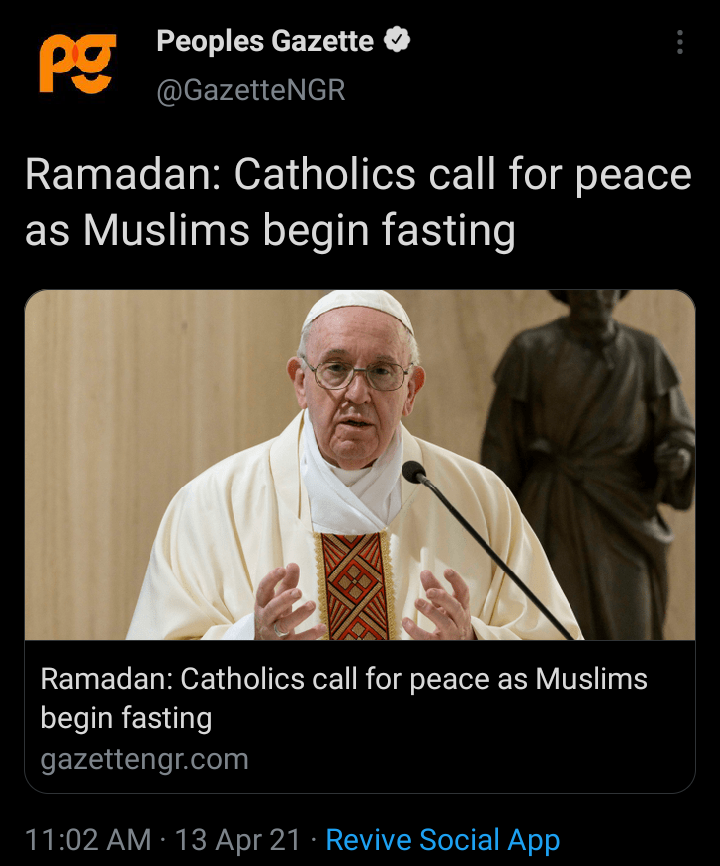 In the quest for restoring peace in the nation, The Catholic Diocese of Oyo has urged the Muslim faithful in Nigeria to embrace and pray for peace, justice, and an end to social vices in the country as they begin Ramadan fast.

The church made the call in a statement on Tuesday.

It was signed jointly by the Catholic Bishop of Oyo Diocese, Emmanuel Badejo, and Joseph Ogundipe, the Diocesan Director, Inter-Religious Dialogue (IRD).

The clerics said people should be concerned about the current siege on parts of the country through violent kidnapping, rape, and killing of women, farmers, and even ordinary citizens while going about their lawful duties. 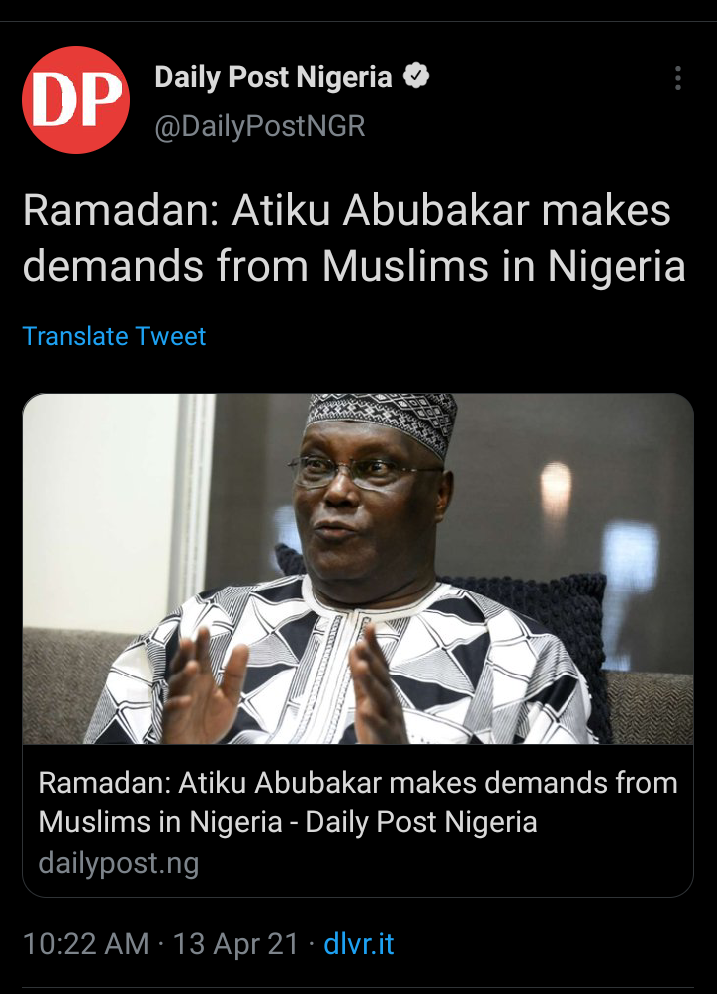 Atiku Abubakar was the former vice president of Federal Republic of Nigeria and a Chieftain in People's Democratic Party (PDP).

Recently, Atiku Abubakar on Friday, urged the Muslims in Nigeria to get close to God spiritually and seek his relief from the myriad of problems hindering the progress of the nation as the Holy Month of Ramadan begins across the Islamic world.

Atiku advised them to remember the Holy Month as a period of giving, especially to those desperately in need of help and building a better society. 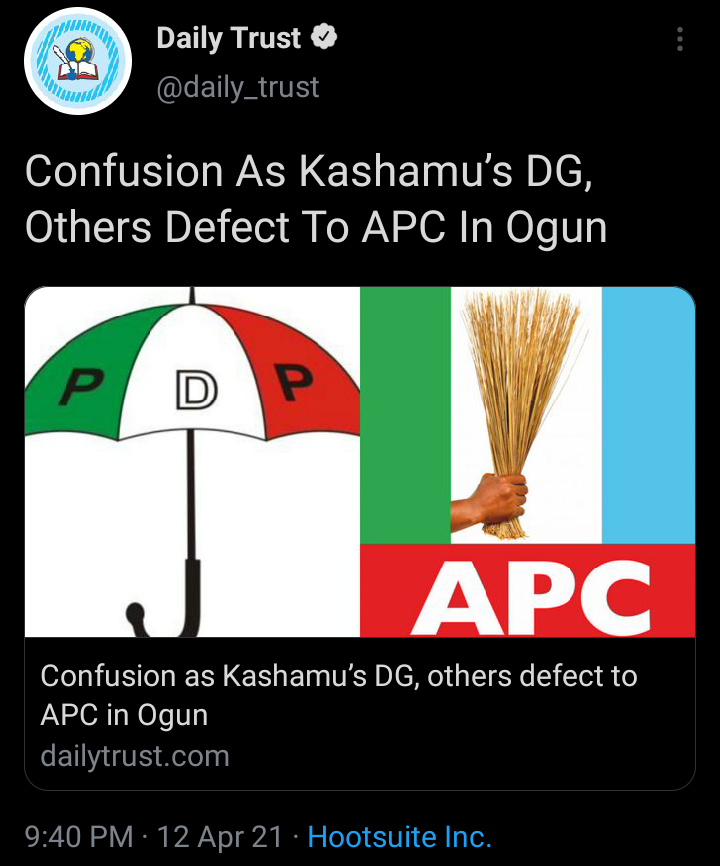 As 2023 approaches so many prominent politician have started defecting to All Progressive Congress (APC).

Bakare is believed to have led Kashamu’s political family to join the APC, barely eight months after the philanthropist and business tycoon died.

Governor Dapo Abiodun and the State leadership of APC officially received Bakare, former Commissioner for Special Duties, Chief Kola Sorinola and other defectors, at an event held in Abeokuta.

Judiciary Should Not Be Allowed To Select Political Leaders - Jonathan 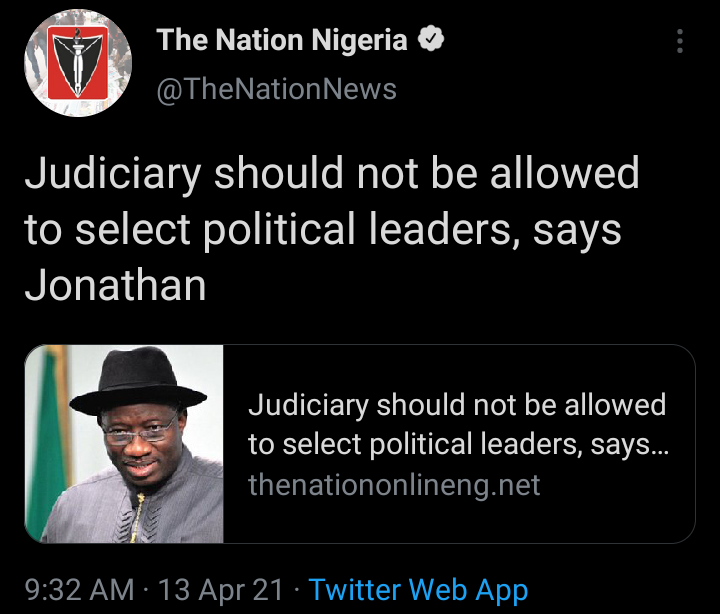 Goodluck Jonathan is from Bayelsa state, He was the former president of Federal Republic of Nigeria and a chieftain in People's Democratic party (PDP).

Recently, Goodluck Jonathan said that the judiciary should not be allowed to select those who should occupy political offices in the country.

He insisted that the ballot papers should be the sole determinant of who should occupy a political office and who should not.

The PDP chieftain made this statement at a parley with youths and women under the auspices of “TOS Foundation Youth and Women for Good Governance” initiative, during his studio visit to The Osasu Show (TOS) Television Network in Abuja. 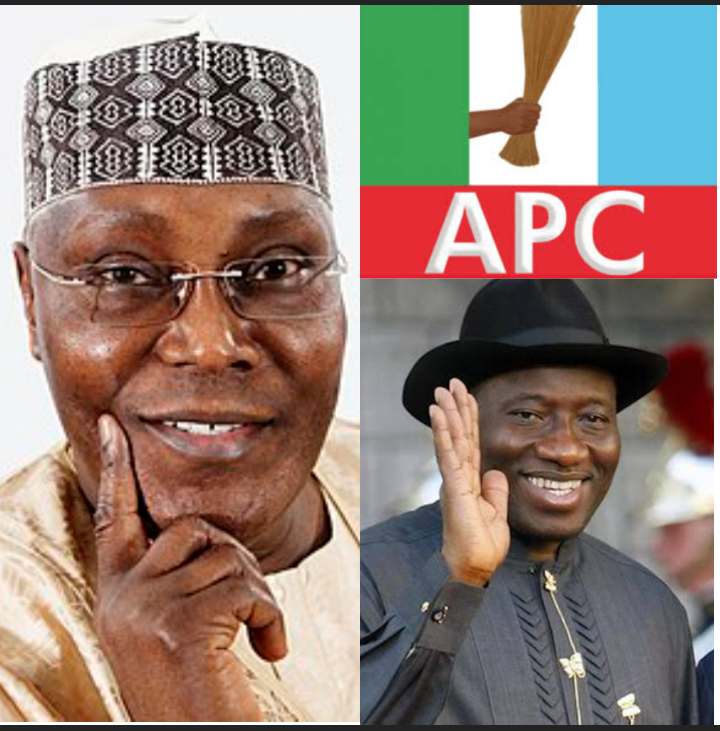 2023 Presidential Race: I Have The Vision To Be President, Rochas Okorocha Declares