Today's Headlines:Why Abaribe Should Be In Prison-Femi, Ohanaeze Ndigbo Condemns Arrest Of Actor

By Charlysac (self media writer) | 3 months ago 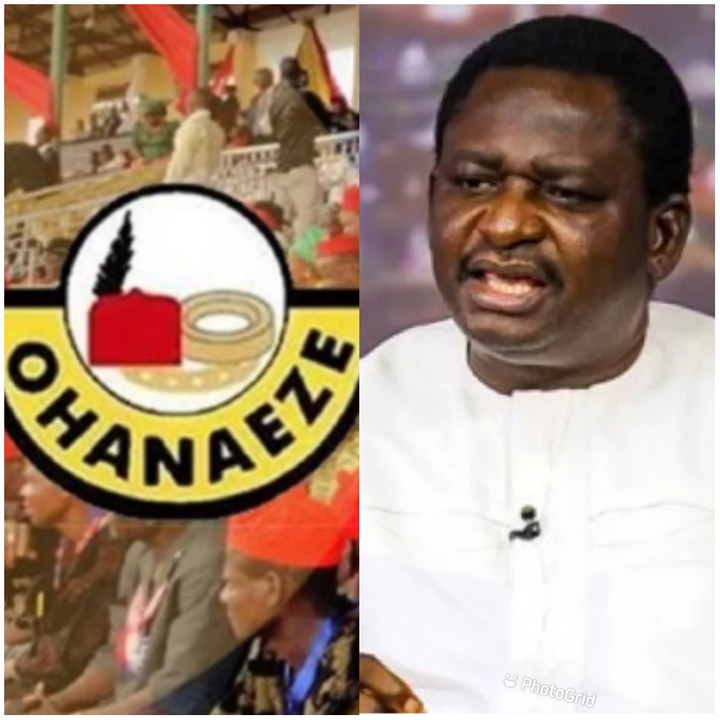 Nnamdi Kanu: Why Sen Abaribe should be in prison - Femi Adesina 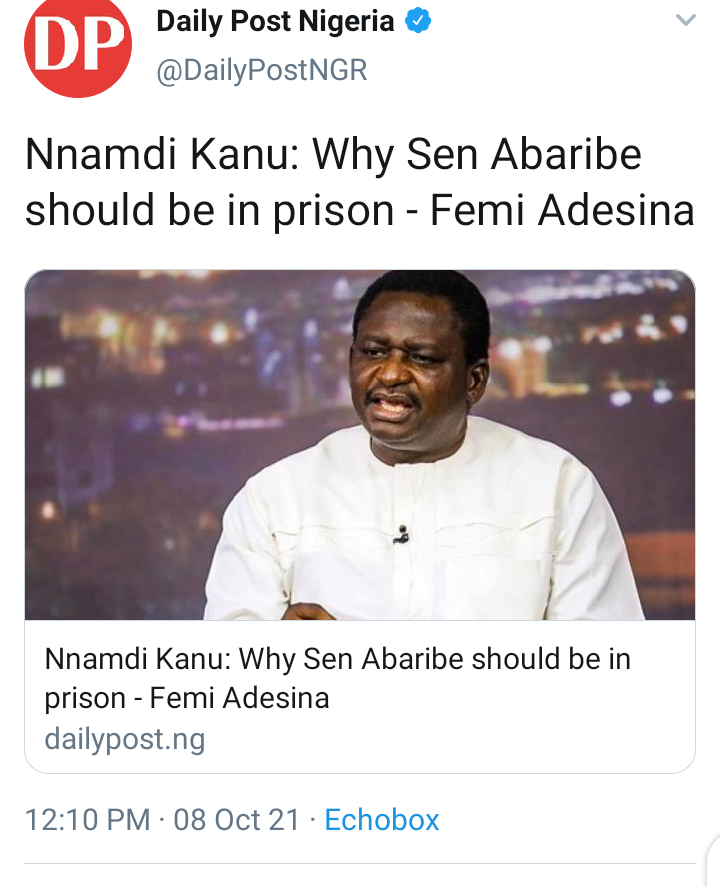 Adesina, who was referring to Abaribe, said the Senator should be in prison for supporting “someone bent on dismembering Nigeria.”

Abaribe from Abia South had stood as surety for Nnamdi Kanu, leader of the Indigenous People of Biafra, IPOB, in 2017.

The lawmaker and two others’ stand led to an Abuja Federal High Court granting Kanu bail on April 25, 2017. 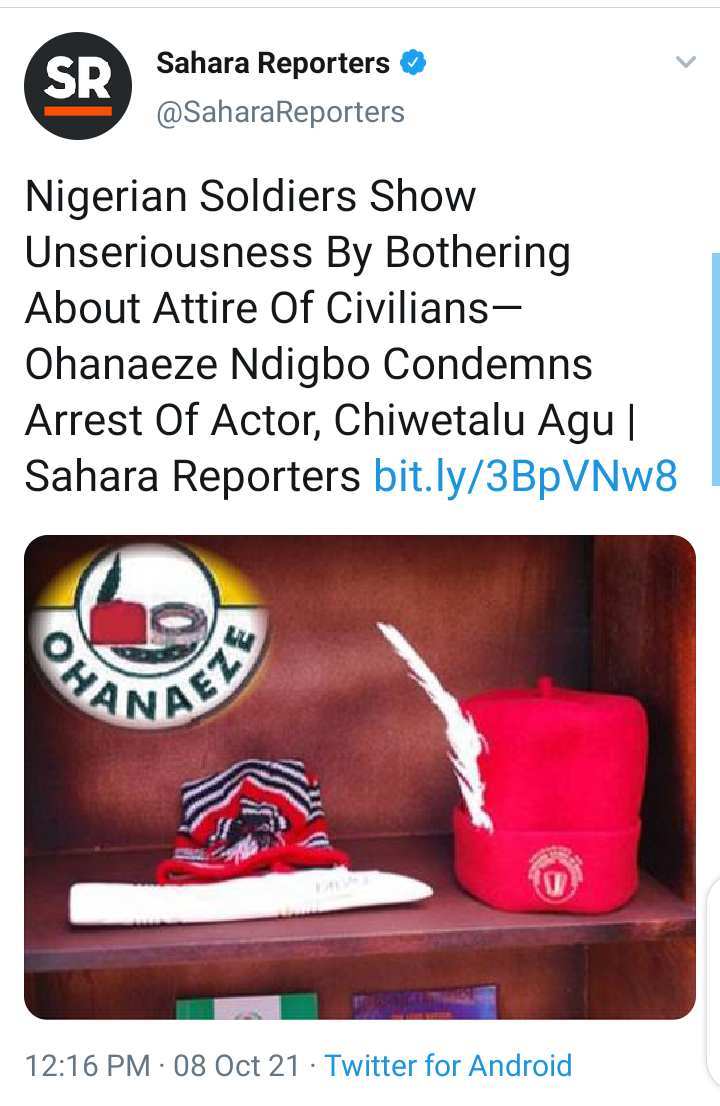 The apex Igbo socio-cultural organisation, Ohanaeze Ndigbo has reacted to the arrest of a veteran Nollywood actor, Chiwetalu Agu by Nigerian military men on Thursday.

Ohanaeze condemned the action, saying "a serious solder will not bother himself with the dress or apparel of somebody".

SaharaReporters had reported yesterday that the Nigerian Army in a statement by its spokesman, Onyema Nwachukwu confirmed Agu's arrest.

Reacting, the National Publicity Secretary of Ohanaeze Ndigbo Worldwide, Chief Alex Ogbonnia said, "Ohanaeze Ndigbo will not abandon the case. We condemn the action of the army in its totality." 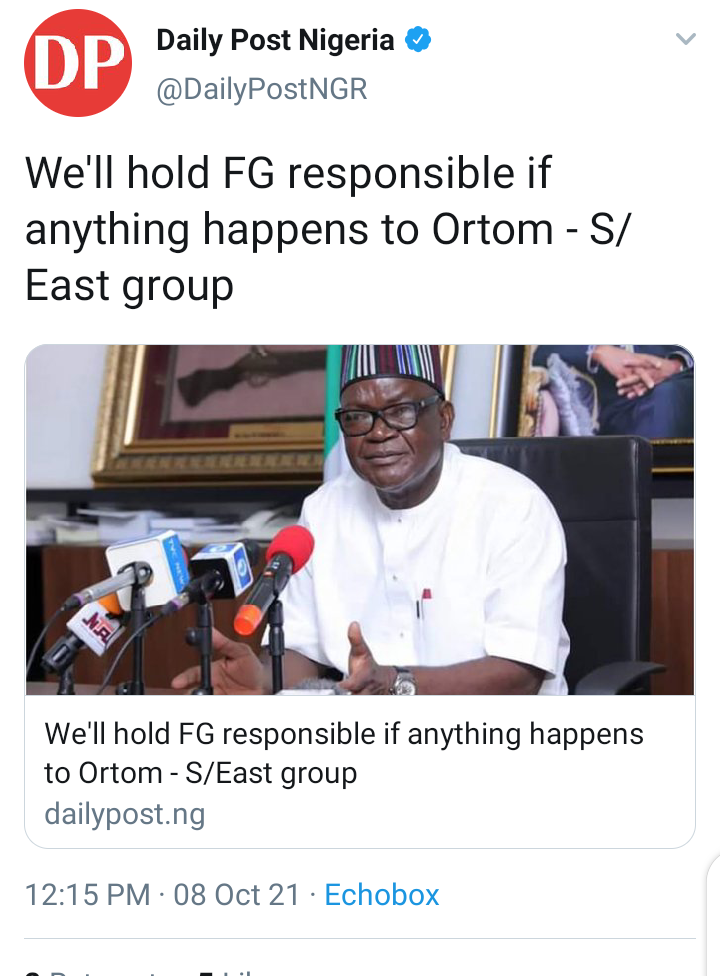 The Coalition of South East Youth Leaders, COSEYL, has warned against an attack on Governor Samuel Ortom of Benue State, saying it will hold the Federal Government accountable should anything bad happen to the governor.

The group gave the warning via a statement issued on Thursday in Owerri, the Imo State capital by its President, Goodluck Ibem.

COSEYL alleged that the governor had raised the alarm over threats to his life following his stand on open grazing in the South East and other parts of the country.