By Christog (self media writer) | 22 days ago

Buhari To Deal With Secessionists, Sponsors.

President Muhammadu Buhari said his government is ready to take decisive actions against secessionist agitators and their sponsors who threaten the nation’s security. 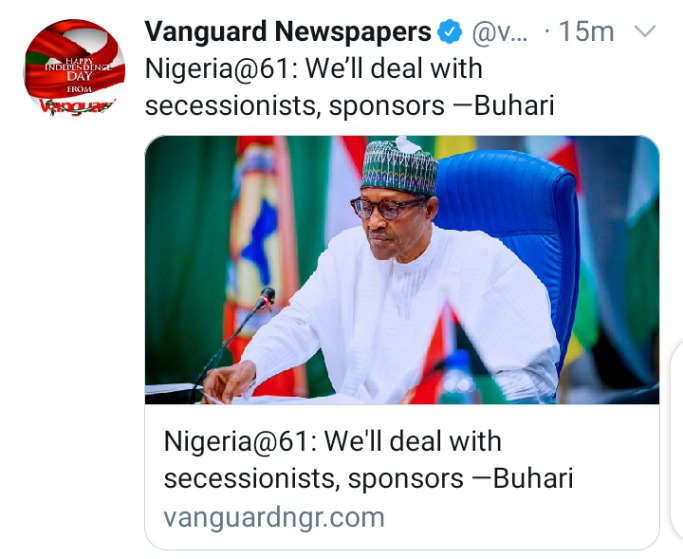 He also said that the recent arrests of the leader of the Indigenous People of Biafra, IPOB, Mazi Nnamdi Kanu and that of the promoter of the Yoruba nation, Sunday Adeyemo, as well as the ongoing investigations being conducted had revealed certain high-profile financiers behind these individuals.

The President statements were contained in his broadcast to mark the 61st Independence anniversay of the country.

President Muhammadu Buhari has ordered that the ban on microblogging site, Twitter, be lifted. 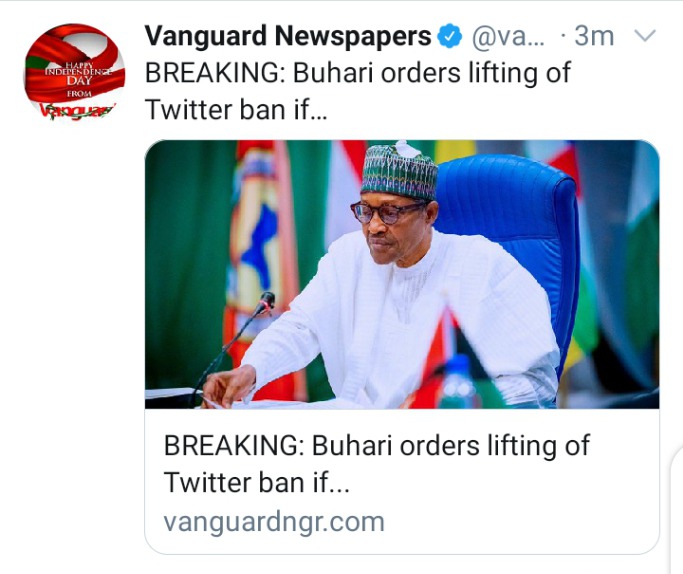 President Buhari made the disclosure in his October 1 independence anniversary speech on Friday morning.

Some Northern groups under the auspices of Partnership for Peace and Community Development, PPCD, Thursday, threw weight behind economic and financial policies by the Governor of Central Bank of Nigeria, CBN, Godwin Emefiele, to sanitize and protect the country’s economy from collapse. 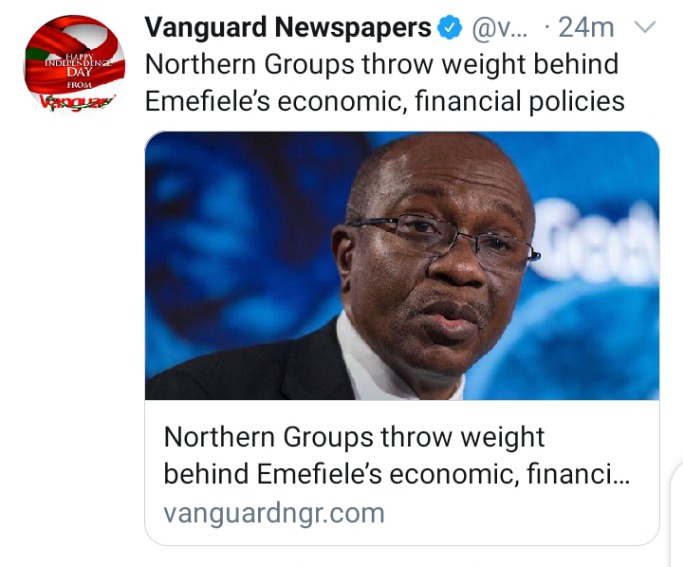 The Convener of PPCD, Comrade Muhammad Sada, who read the address said some faceless individuals and groups have taken it upon themselves to malign, distract and discredit the hard earned reputation of CBN under Emefiele’s leadership. 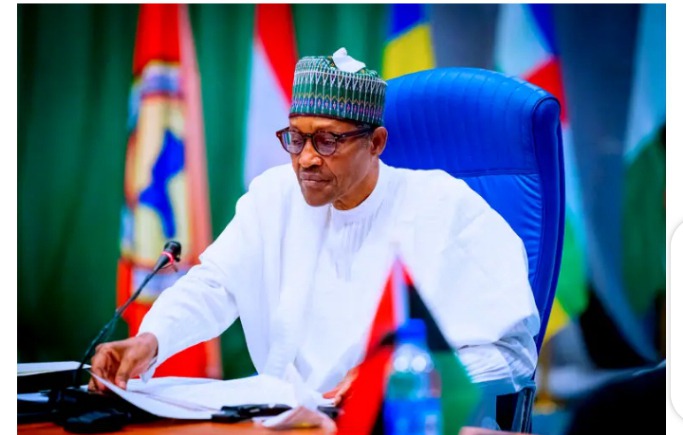