By Eaglemedia (self media writer) | 2 years ago 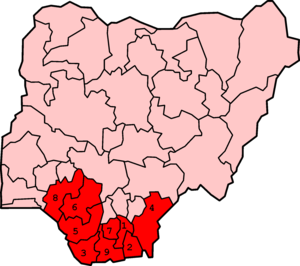 Some Northern leaders have thrown their weight behind the restructuring of Nigeria proposing 12-state structure and 100% resource control.

This would be the first time some prominent Northern leaders would make a move to address the issue of restructuring that the nation has been battling with for years.

According to Vanguard Newspaper, the Northern leaders who described themselves as friends of democracy wrote a memorandum to the National Assembly Committee on the Review of the 1999 constitution demanding te restructuring of the nation.

In the memorandum, the leaders said the North has not been distant on restructuring as it is widely painted that they have been searching for a common ground with other Nigerians on the issue of restructuring the country.

The Northern leaders blamed the distortion of the 12-state structure the nation had in 1967 for the country's nagging socioeconomic problems. They said Nigeria cannot sustain the 36-state structure of today due to its dependence on revenues from oil.

The leaders outlined some key principles of restructuring and made proposals.

Amongst the principles they gave is that states must be economically viable and must rely on fiscal resources they generate themselves. On the proposals, they said there should be a return to the 12-state federal structure of 1967 and total control of their resources and pay the appropriate taxes to the federal government.

This is good news to the Niger-Deltans because it is their desire for the nation to be restructured leading to resource control. Resource control is the right to control the revenue accruing from the natural resources in a region or state. States are in charge of their resources and contribute smaller percentage to the federal coffers.

The current revenue sharing formula has federal government taking 52. 68%, the states 26.72% and local government 20.0%. There is 13% derivation revenue to the oil producing states.